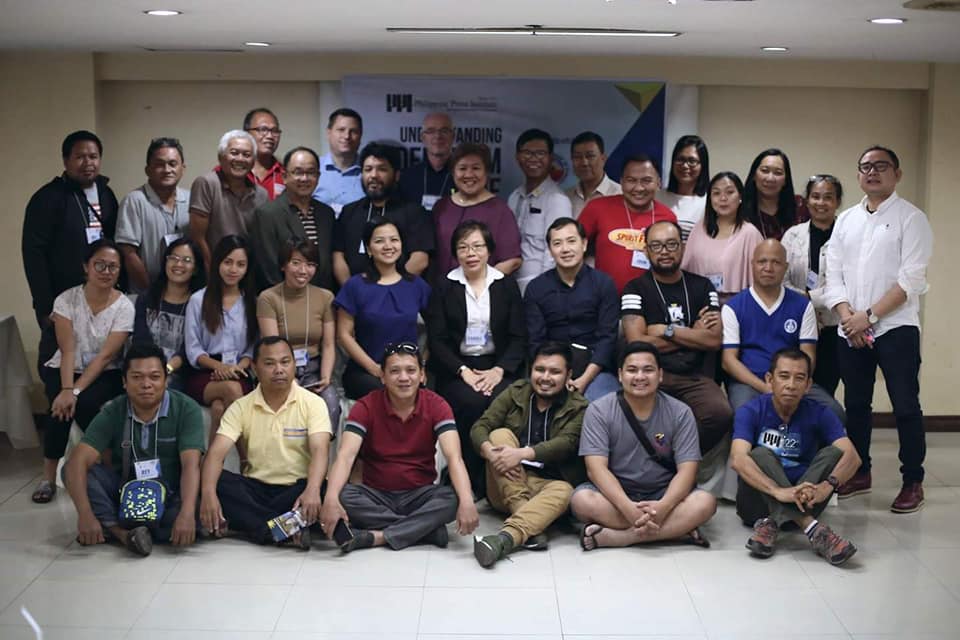 Journalists from Mindanao has challenged the Philippine government to explain thoroughly the details of federalism for the general Filipino public, this despite the seemingly high level of awareness of Mindanaoans on the proposed form of government as campaigned by President Rodrigo Duterte when he assumed the presidency in July 2016.

The context of a federal form of government has been occasionally discussed by President Duterte in his public speeches but details such as sharing of powers between the national and regional government, taxation, and transition have not been fully explained.

In a seminar-workshop for media practitioners in Mindanao in Cagayan de Oro on October 8 and 9 on Understanding Federalism in the Philippine Context organized by the Philippine Press Institute (PPI) in partnership with the Pimentel Institute for Leadership and Governance (PILG) with the support of Hanns Seidel Foundation (HSF), both participants and resource persons asked about the readiness of the Philippines to have federated regions and its implications on various facets such as judiciary, health care system, and natural capital, among others.

Majority of the thirty participants who attended the seminar-workshop agreed that there are gaps in communicating federalism to the public because of the weak communication planning of the government.

“On one hand, they said it’s going to be costly. Talking about cost but what about its benefits?,” said political strategist Malou Tiquia, founder and chief executive officer of Publicus Asia, Inc. She said that the present government failed to define federalism and explain its implications on the lives of the common Filipinos.

“Will it change my life? Will it serve better justice? Hindi ito masagot sa federalism. Only economic and political powers ang concern nila.” She challenged Mindanao journalists to communicate the Mindanao narrative.

Seasoned journalist Butch Enerio, correspondent of SunStar Cagayan de Oro, admitted the dearth of reports on federalism and acknowledged the importance of understanding the basic information about federalism in the local media so they can expound and articulate the issues to their readers or listeners.

“We need to be updated as well. You see there are various types of federalism. Journalists must study federalism so there will be minimal errors once we convey the information to the public,” Enerio said.

Rodolfo Vicerra, an expert on congressional planning and budgeting explained the comparison between the draft by the Constitutional Commission (ConCom) and the present 1987 Constitution. Vicerra said there are minimal changes in the provisions of the 1987 Constitution that were found in the ConCom draft.

“Maybe if you could multiply the Ombudsman into different regions mapapadali ang investigation sa mga cases against erring officials, but right now under the unitary system, it is now monopoly of the Ombudsman,” said Vicerra citing weak points on Accountability of Public Officers.

Former journalist and now executive director of the Center for International Law, Atty. Romel Bagares on his reaction to the salient provisions of the draft charter, observed the absence of mutual communication between the government and the public. “Right now, 75% of Filipinos are not aware of federalism. There’s an absence of mutual communication. Federalism was designed to unite and not to divide,” Bagares said. “Pre-conditions should be set so it can take off but it will take time, say 15-20 years.”

Another challenge that he sees is the funding source of the implementation of federalism that according to the Department of Finance (DOF) would cost P300 billion while Department of Interior and Local Government (DILG) pegged it at P15 billion.

With unresolved issues surrounding the proposal to change the form of government, Mindanao journalists believed that the government should study the proposal well, identify the model of federalism suited to the Philippines, explain in details its aspects, and not rush things.

“Äfter all, only Mindanaoans can charter their own course,” Enerio said in a hopeful tone.
###