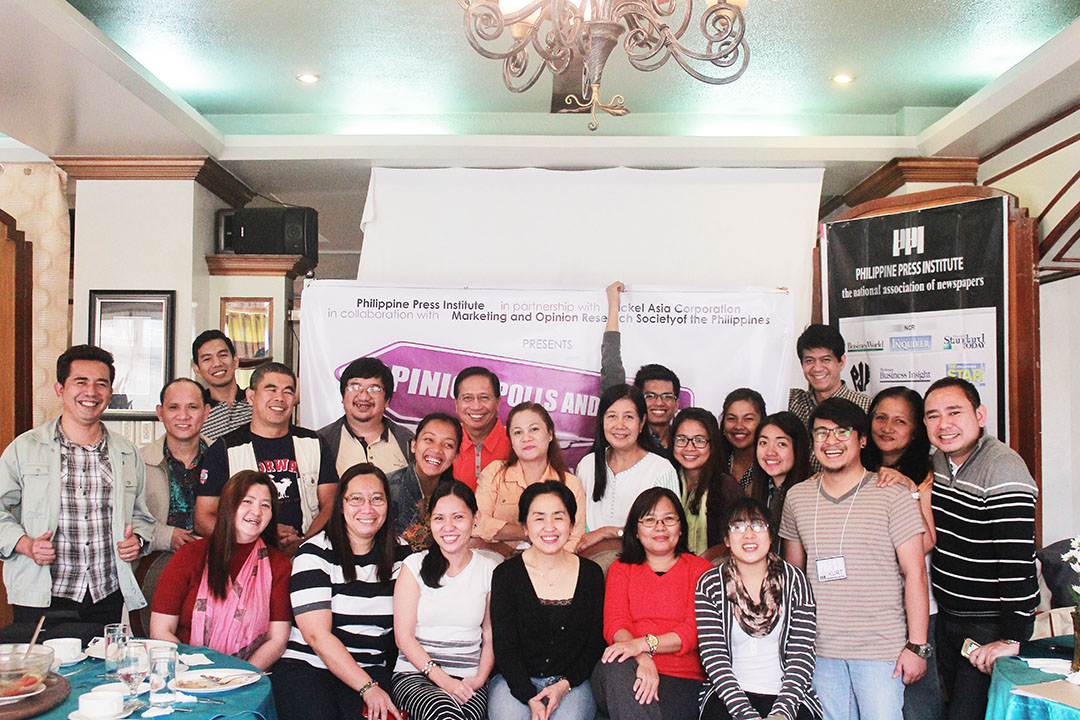 A few weeks from now, the electorate will troop to polling precincts to cast votes for the candidates of their choice for specific national and local elective posts — from President to town councilors. As the nation inches its way to the conduct of the elections on 9 May 2016, most candidates are leaving no stone unturned to ensure their victory at the polls. Such zeal is matched by media frenzy for horserace coverage, pitting candidates as though this political exercise were a sporting event where opponents are eyeing nothing less than the top prize.

A number of these political aspirants go to the extent of engaging the services of survey firms to gauge the acceptability of their candidacy to the public, notwithstanding the enormous costs involved. Aided by their strategists, campaign managers and media handlers, these candidates use the results of their commissioned surveys — if favorable to them — to promote their political ambition.

The media have the tendency to engage in horserace reporting or horserace journalism. This means media’s preoccupation to sensationalize reports on who’s winning and losing in the latest opinion polls, and stoking the fires of a rather flawed, and admittedly rousing, narrative. 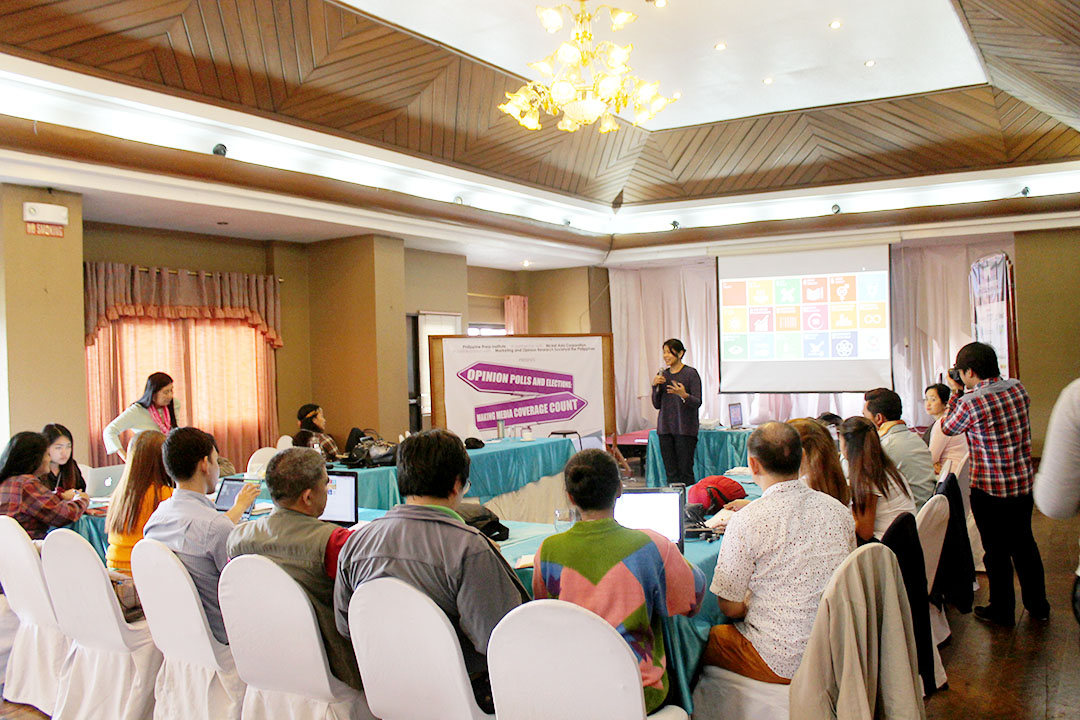 Horserace journalism— as seen in how public opinion survey results are being reported — is nowhere more evident than during elections. Media coverage of elections, which often treats these political exercises as though these were mere sports tournament pitting opponents while eyeing a highly coveted prize, does not push the boundaries of acceptable public discourse. But, as is often the case in the Philippines, or other parts of the world, such a scenarios easily come into view once the campaign season officially starts.

Amid an intense political season, mudslinging among candidates and political parties easily becomes part of the prevailing campaign narrative, made worse by ‘horse race journalism.

The Philippine Press Institute (PPI), also known as the national association of newspapers, and considered the oldest professional media organization in the country, alongside other concerned sectors of society, believes that the media must rise to the challenge of bringing about an enlightened public discussion in this season of intelligent and informed decision making. This can be done by taking the proverbial spotlight away from the political sleaze and scandals that trivialize an otherwise important national political undertaking toward more substantive issues; including the candidates’ political platforms, track records, and positions on a host of social and political issues, especially policies that relate to specific sectors of society. 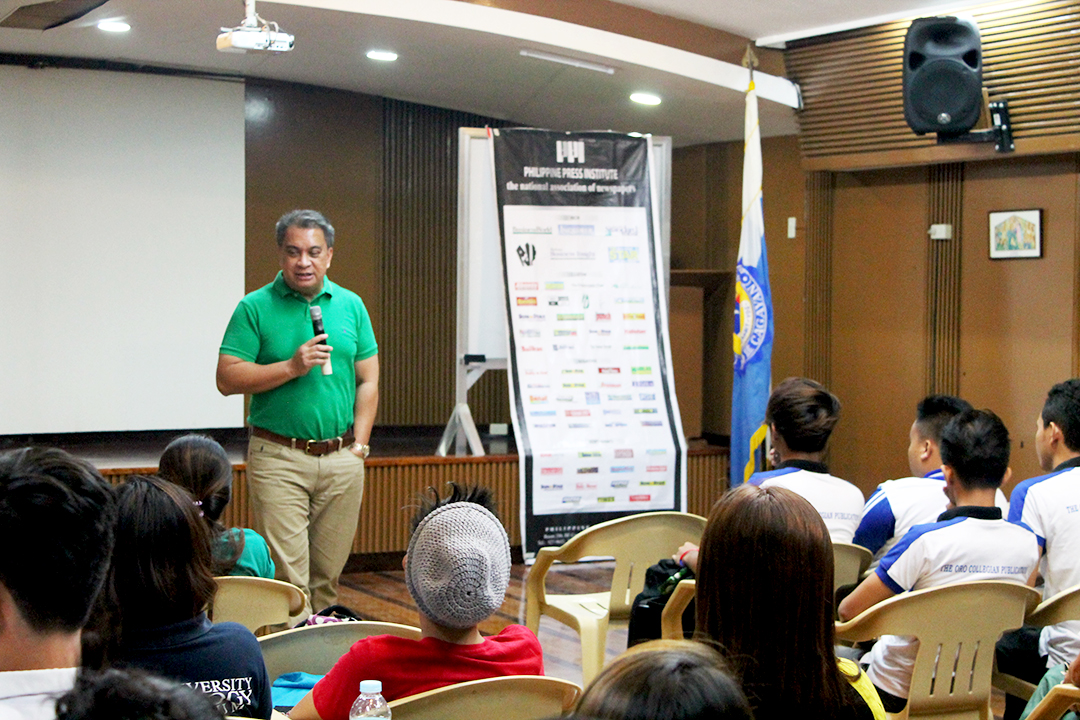 In February 2016, PPI embarked on a series of seminar-workshops aimed at enabling its member publications across the country to gain a better understanding of how public opinion surveys are conducted — and how best to report them. Sixty-one journalists from the National Capital Region, Luzon, Visayas, and Mindanao participated in the workshops.

PPI, through these workshops in partnership with the Marketing and Opinion Research Society of the Philippines (MORES), and funding from Nickel Asia Corporation, would help ensure that its member newspapers will be able to provide an election coverage that has meaning and value to the Filipino public through stories that speak about their collective needs and aspirations.

Dubbed “Opinion Polls and Elections: Making Media Coverage Count,” PPI’s three-day seminar-workshops were conducted nationwide in the cities of Baguio, Iloilo and Cagayan de Oro for media practitioners from Luzon, Visayas and Mindanao, the Philippines’ three big island-regions. The seminars included lectures by MORES on opinions polls as these relate to democracy, what media must look for when reporting about surveys, and tracking surveys beyond elections in relation to broader public interest issues. 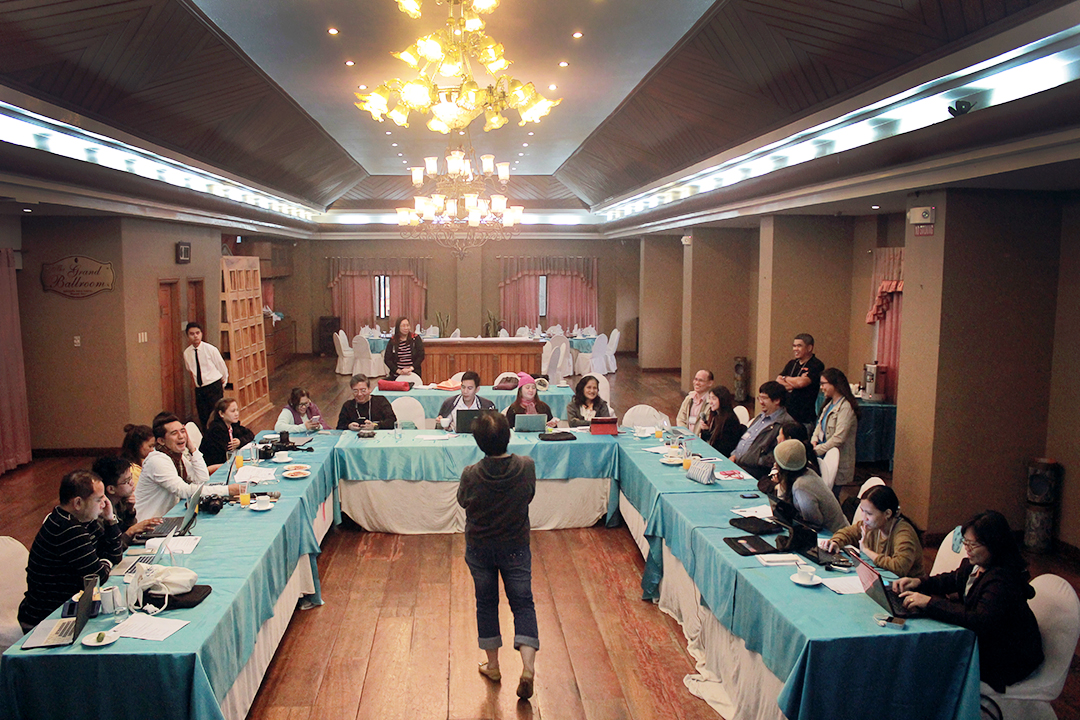 Mr. Nicco de Jesus, president of MORES, expressed hope that the seminar participants would learn and use the tools for scrutinizing opinion poll results to avoid falling prey to the underlying motives of those who commissioned the survey, including the candidates. In the sessions titled “Opinion Polls and Democracy: Plus or Minus,” and “Tracking Surveys: Beyond Election,” De Jesus cited three elements that make surveys reliable, i.e., representative, unbiased, and verifiable. “All surveys are not valid unless trusted,” he said.

Highlighting the value of surveys to democracy, De Jesus said that “scientifically done and well-presented public opinion surveys provide the right feedback which users need whether for making decisions or forming actionable insights”. “Who uses the surveys? There is the decision-maker at the end of the line. That person will use that information to decide on something very important,” he said. Quoting the World Association for Public Opinion Research de Jesus said, “Public opinion is a critical force in transforming and shaping society.”

In evaluating opinion polls, the media must consider the following to vet or assess survey results: 1) what was the question asked?, 2) which research agency conducted the poll?, 3) what is the universe or population and who are the individuals represented in the survey? 4) what is the geographic coverage or sample size? 5) what is the survey period? 6) who did not respond to the survey? 7) what was the sampling method used? 8) what interview method was used? (e.g., face to face), 9) who funded or commissioned the survey?, and 10) what was the margin of error (MOE)?

Still another highlight of this PPI undertaking was a presentation by Gang Badoy Capati, founder and executive director of Rock Ed Philippines, on political metrics — otherwise dubbed as polimetrics — an online, data-driven scorecard for public officials.

Other resource speakers were Rachel E. Khan, associate professor at the College of Mass Communication, University of the Philippines – Diliman, who tackled ethical issues and challenges confronting the media during elections; and Tess Bacalla, PPI training director, who addressed the issue of unreported and under-reported stories revolving around elections. 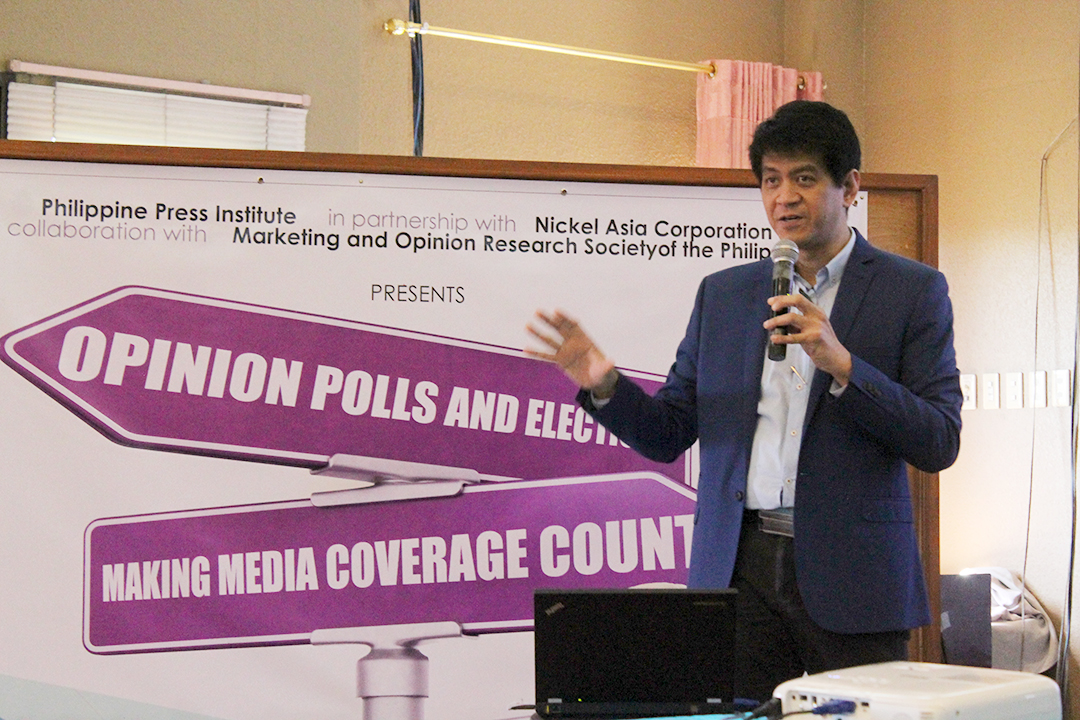 Bacalla noted that media simply attempt to solicit the candidates’ reactions on certain issues or events, and that they (media) do not probe into the candidates’ positions — or lack of them. She further said that, instead of focusing solely on the candidates’ performance in public opinion polls, media should also probe into more substantive issues, which, ironically, are getting little or no attention.

“Are we measuring up to our noble calling as journalists, making sure the public is informed (about specific issues) and that we are able to help them make intelligent choices (through the quality of our reporting)?” Bacalla asked. Where public opinion surveys are concerned, she said the media must understand the basic standards for reporting them and pursue issue-based reporting using data from these polls. Bacalla added that the media should not be merely looking for sound bites from candidates.

The media must be careful not to get involved in certain political agendas especially if these run counter to public interests, Bacalla relayed during her session titled “Measuring Up: Digging Out Unreported/Underreported Stories.” She also exhorted the participants to proactively look for stories that bring important issues to the fore and that help elevate the level of public discourse in the country. Among others, look for stories behind the statistics shown in poll results, she urged them. Gang Badoy Capati handled the topic, “Polimetrics: Sizing Up the Candidates,” where she presented the scorecard she and her team are in the process of developing for assessing the accomplishments of politicians vis-à-vis their campaign promises. Political metrics, or simply polimetrics, is an online, data-driven tool for tracking public officials’ performance. 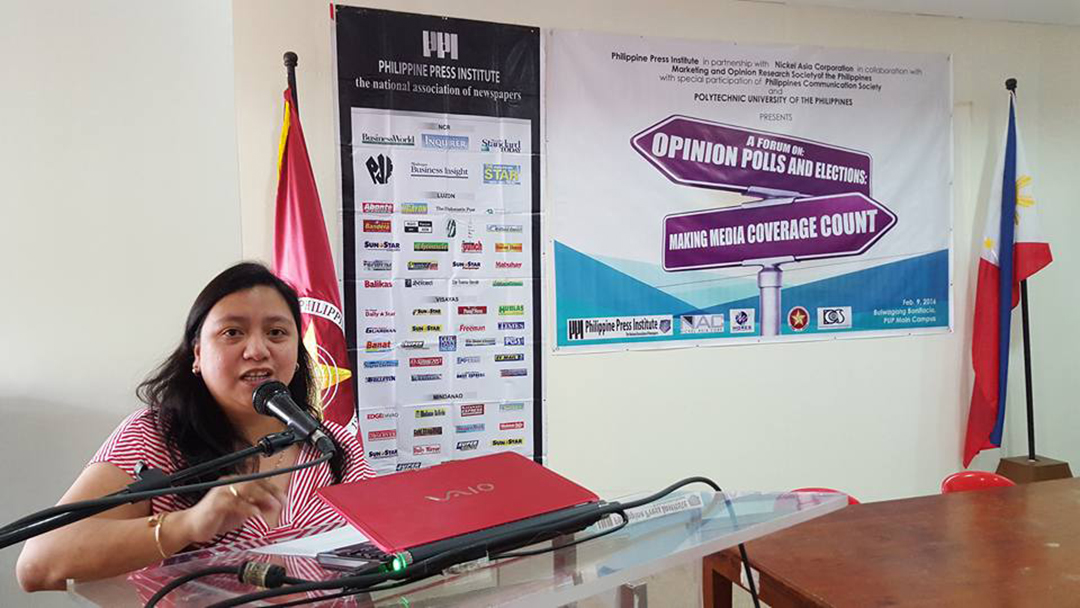 “It is important to know your candidates, including your local leaders, even your barangay tanod (community security and peace personnel), city mayor, councilors. “Bakit tayo ganito bumoto?”(Why do we vote this way?), asked Capati, lamenting the tendency of some Filipinos to vote based on personal factors such as being on the receiving end of some officials’ largesse. “Why not merit-based?” she asked.

Another resource speaker, Rachel E. Khan, an associate professor of Journalism at the College of Mass Communication, University of the Philippines-Diliman, tackled “Election Coverage: Ethical Issues and Challenges.” Khan said that if a journalist is coming up with an expose against a certain politician during election period, who happens to be a political rival of his or her relative, it would be better that he or she allows a colleague to pursue the story instead. 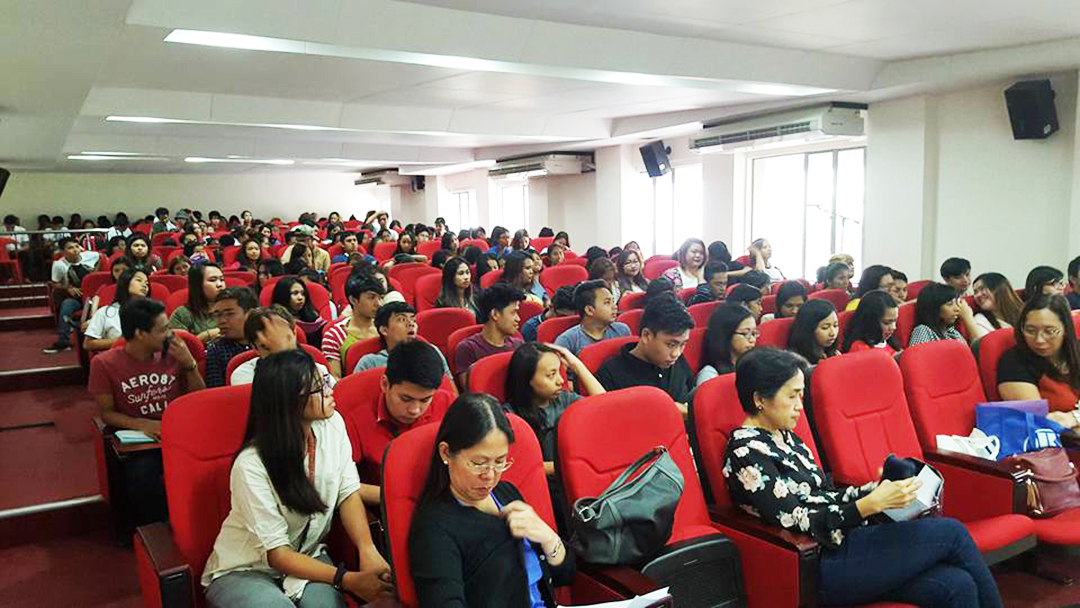 “Even if the expose is true, if that politician can point out in court, ‘Eh, pinsan ‘yan ng kalaban ko eh,’ (She/he is the cousin of my rival.) it will be very hard to prove that you are objective,” she said. It is important to ensure that no one can impute malice to you on the basis of your story, said Khan.

A scholastic forum, similarly themed around public polls and elections, for communication and journalism students and educators, followed in a separate venue after the conclusion of each media seminar-workshop. Four universities from the National Capital Region (NCR), Luzon, Visayas and Mindanao were chosen as partner-schools, which invited other schools to participate.

“Through these workshops, we hope to contribute to raising public discourse on many important and relevant issues before and after elections,” said PPI executive director Ariel Sebellino.