From Road to Ocean: Media an Essential Partner in Development

From Road to Ocean: Media an Essential Partner in DevelopmentPhilippine Press InstituteJune 24, 2016October 24, 2020 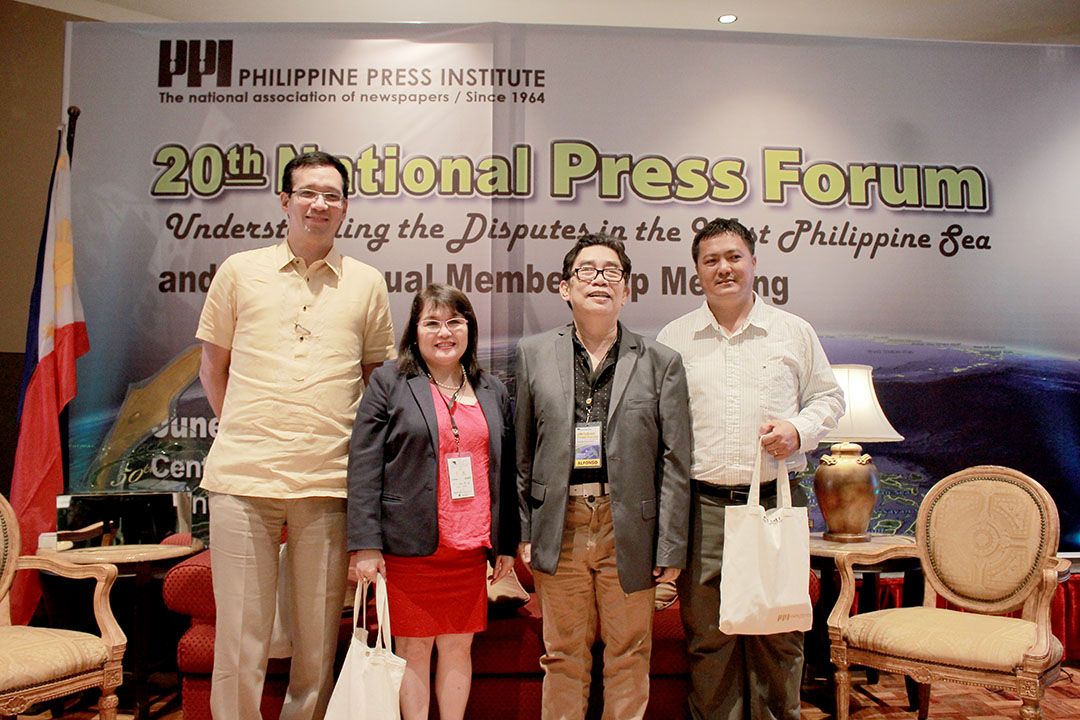 These are among the goals of the media training programs re-launched Thursday, June 23, at the Philippine Press Institute’s (PPI) 20th National Press Forum in Century Park Hotel, Manila. 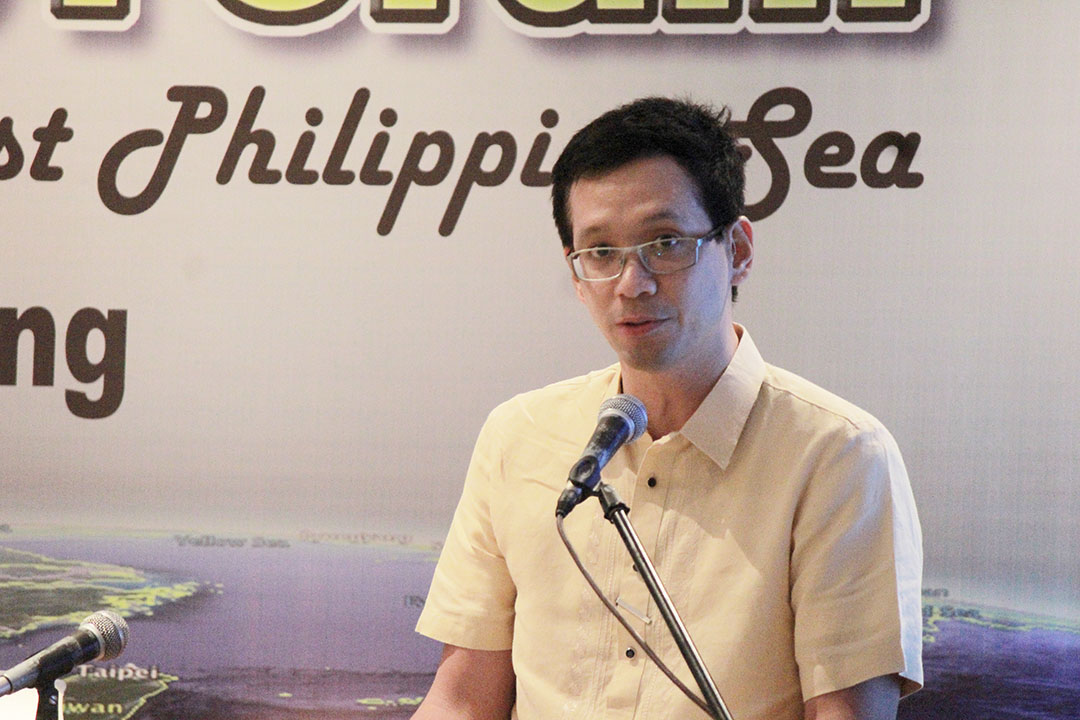 The two-day annual event that opened on Wednesday, June 23, brought together representatives of PPI’s member publications from Luzon, Visayas, and Mindanao, as well as PPI’s partner organizations for specific endeavours targeted at the press and that are in line with specific objectives. Among these institutions are Oceana Philippines, Holcim Philippines, and Plan International.

The forum was themed “Understanding the Disputes in the West Philippine Sea,” with Senior Associate Justice Antonio T. Carpio as guest of honor and speaker. It was capped by the announcement of the winners of the 2015 Civic Journalism Awards given out by PPI. 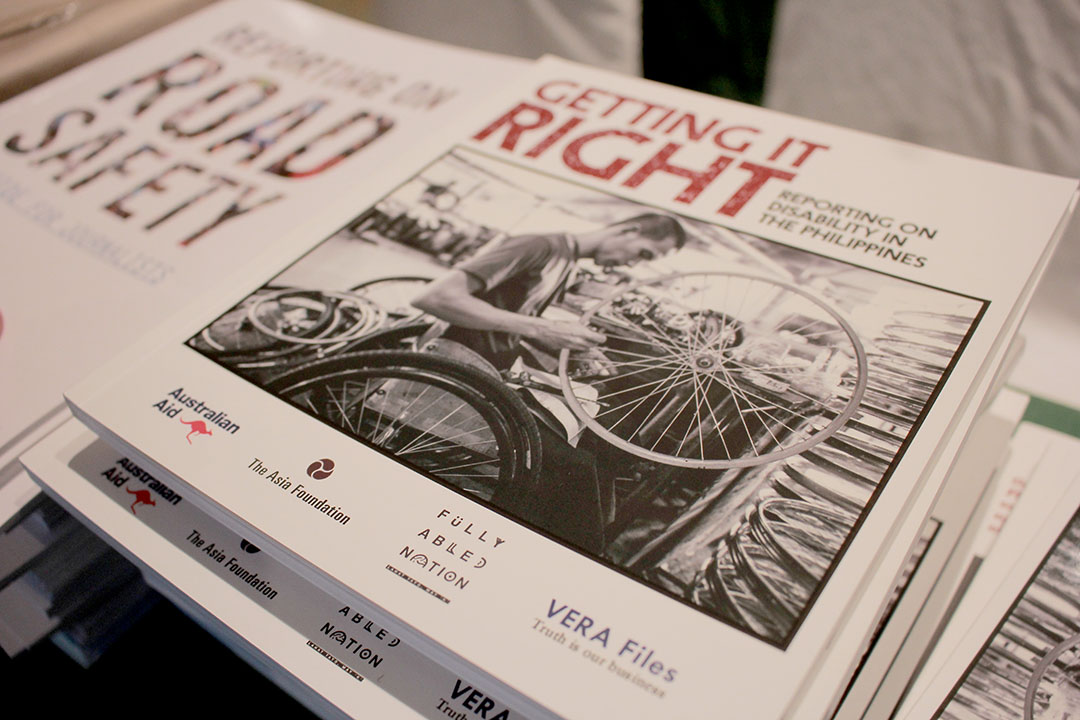 Telling stories to as many people as possible about sustainable construction requires the participation of the media, the better to generate greater public understanding of specific issues involved. Hence the collaboration between PPI and Holcim.

Sustainable construction, said Ronquillo, is something the global cement firm is “very committed to and passionate about.”

The two organizations’ partnership has taken the form of a Sustainable Construction Reporting Seminar-Workshop, initially conducted in 2014 and then earlier this year, for members of the institute, the country’s biggest association of newspapers. 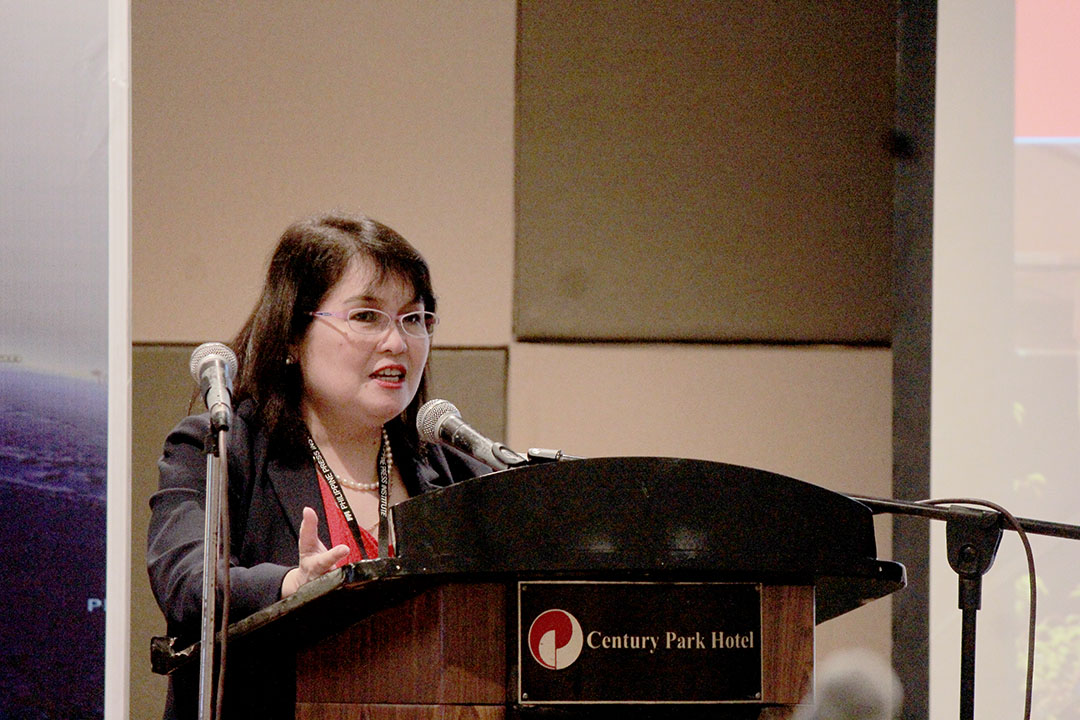 The Journalism Awards for Sustainable Construction Reporting (JASCOR), now on its third year, is yet another major undertaking born of the partnership.

JASCOR aims to   promote excellent reporting on issues surrounding the industry’s role in ensuring a sustainable future both for the planet and succeeding generations.

This year’s new round of training is expected to boost the quantity and quality of submissions this year to the awards. Conducted in Luzon, Visayas and Mindanao, between April and May, it delved deeper into issues affecting sustainable construction, with focus on the relevant issues affecting the regions, such as the provision of basic infrastructure for the relocated informal settler families in Bulacan; the post-earthquake situation in Bohol; and the plight and aspirations of indigenous folk, and how these must translate to and be reflected in vital facilities such as schools.

Studies show that almost half of the world’s population is now living in urban areas, with the demand for construction materials steadily rising. This kind of situation reinforces the need for the efficient use of resources not only to meet the needs of the construction industry but also to conserve the resources for future generations.

For Oceana Philippines, protecting the oceans should be everyone’s responsibilityc.

Speaking on behalf of the international organization’s vice-president, Gloria Estenzo Ramos, Atty. Edward Lorenzo, Oceana’s legal counsel and policy officer, expressed appreciation for the “rare opportunity to share with community journalists across the country our advocacy for ocean conservation and sustainable fisheries.” He was referring to the series of workshops that Oceana jointly conducted last year with PPI on fisheries reporting. These were held in Batangas, Cebu, and Davao. 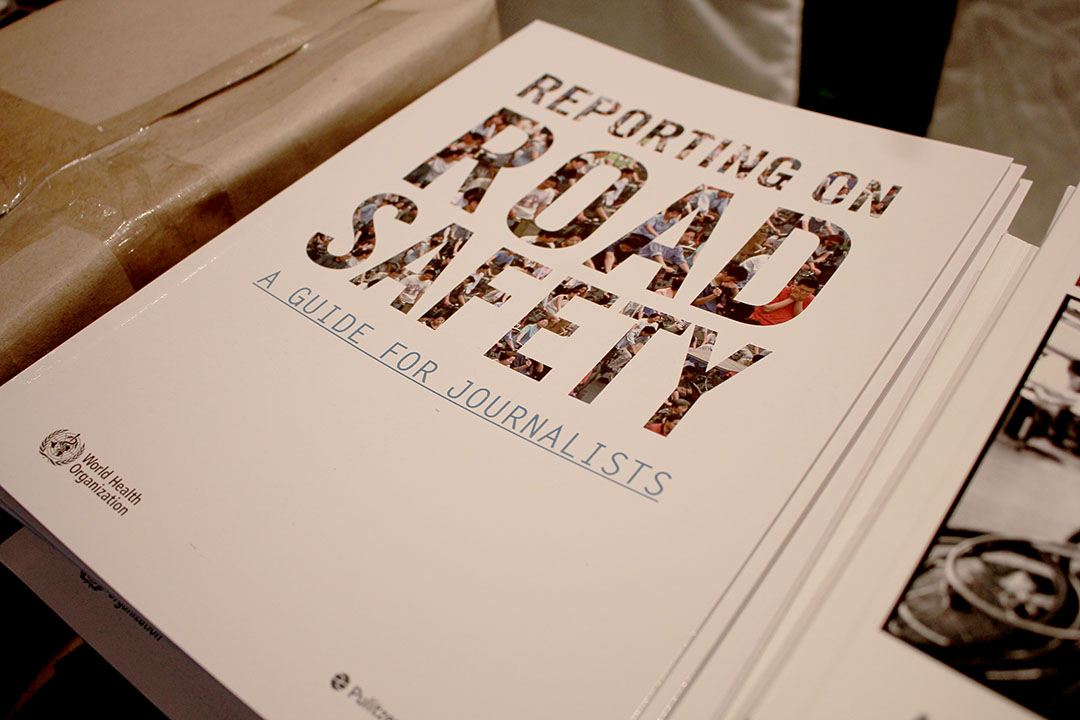 Such an endeavour was soon followed by the launch of the Best in Fisheries Reporting Award as part of the 15th PPI’s Civic Journalism Community Press Awards.

“As an archipelago, our country is blessed with bountiful marine life that provides sustenance for all Filipinos,” he said. Yet overfishing and destruction of habitats “have diminished the abundance of our seas.” Moreover, fisherfolk have been pushed deeper into poverty. They are now, in fact, “the poorest of the poor,” Lorenzo said.

He added stricter protection of oceans is needed as 75 percent of fishing grounds are now overfished.

Lorenzo also highlighted the important role of the media in raising awareness of these and related issues.

Last year’s media workshops brought to the fore the state of oceans today and the threats to marine line, as well as relevant legislation and policies affecting marine conservation in the Philippines.

Eastern Visayas Mail (weekly category) and The Freeman (daily category) bagged this year’s Best in Fisheries Reporting awards, which were given out at the just concluded PPI press forum.

Still another PPI partner, Plan International, directed media’s attention to the need to protect the children and address specific issues confronting them without violating their rights or endangering their well-being.

Despite the existence of at least 80 laws and issuances

in the country aiming to protect this sector of society, they remain marginalized and inadequately represented in the communities, according to Plan International, an NGO promoting child rights.

Media’s role in ensuring the implementation of these laws cannot be stressed enough by conveying to the public stories on children using a rights-based approach, said Jayson Lozano, Plan International project manager.

The group has also partnered with PPI for the conduct of media workshops highlighting issues that need to be reported and stories promoting positive and non-violent discipline instead of corporal punishment.

In 2014 PPI and Plan International embarked on a training program for the media titled, “Mainstreaming Children’s Issues in the Media: Getting the Story Out Without Doing Harm”. This first trainers’ training workshops of this endeavour, Carin Van der Hor, country director of Plan International Philippines said: 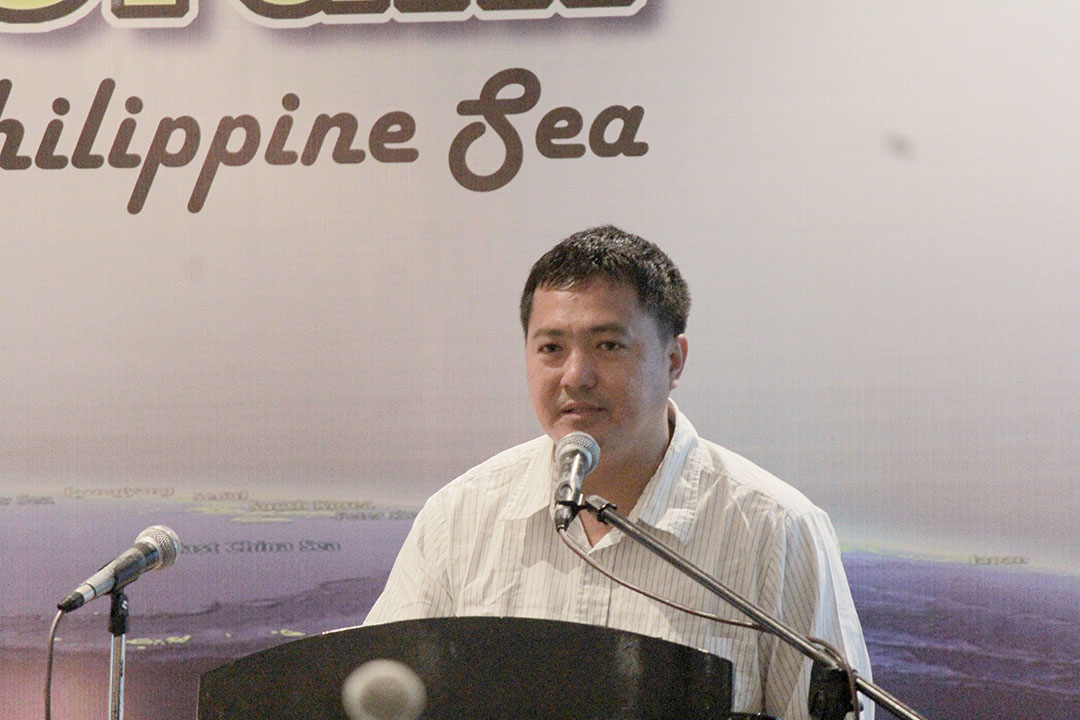 “Plan partnered with PPI to promote responsible reporting on children, where you have journalists follow the ‘do no harm’ principle when doing stories on children.

“The press should be able to balance the interests of the child with the interest of the public so as not to harm the child’s interests.”

This year a similar undertaking is set for implementation by the two organizations.

During the PPI forum lawyer and road safety advocate Evita Ricafort presented data on issues of road safety in the Philippines.

Every year, around 1.2 million people worldwide are killed because of road crashes, one of the leading cause of deaths among Filipinos.

Such incidents are often reported by the press, but mostly focusing on the crashes, with little attempt, if any, to provide lessons for the public on r
oad safety. When reporting on collisions on the road, the media should use the word “crash,” not accident, which is less neutral and conveys the idea of being unavoidable, said Ricafort.

Vera Files, in partnership with the World Health Organization and the Department of Transportation and Communications, launched the Road Safety Journalism Fellowship in late 2015.

This was open to journalists based in Metro Manila and the rest of Luzon. This year, journalists from other regions will have a chance to participate. Vera Files hopes to tap reporters from PPIs member papers to take part in the fellowship by submitting story proposals.

The fellowship aims to “to raise public awareness of road safety and promote policy and behavioral changes that will reduce and prevent road crashes.”

It also seeks to strengthen the capacity of journalists to write stories on road crashes that highlight not so much casualties as issues of road safety.

Dr. John Juliard Go, WHO’s national professional officer for road safety and non-communicable diseases, said the media can help raise public awareness of road safety as well as the state of implementation of existing policies that are crucial to the prevention of road crashes.