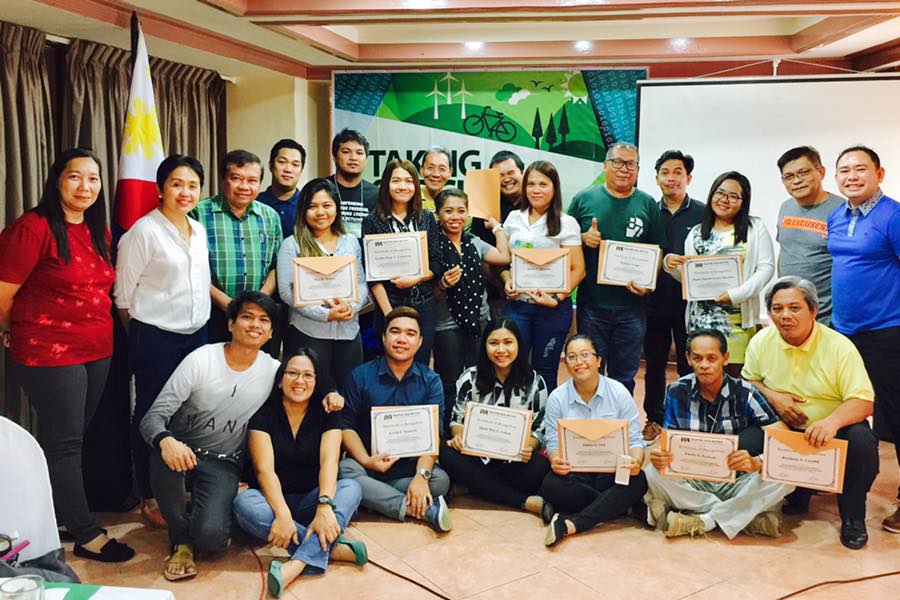 If some of the survivors of Typhoon Yolanda in Tacloban and two other towns in northern Leyte could have their way, they would rather continue living near or along the coasts, which provide them with livelihood, adding they would be better off staying there than being relocated to some distant place where they are more likely to starve, they say.

Others, including environmental advocates and non-governmental organizations, counter that an ongoing mega project by the government is ill conceived, though purported as meant to protect coastal communities from threats of rising tides. 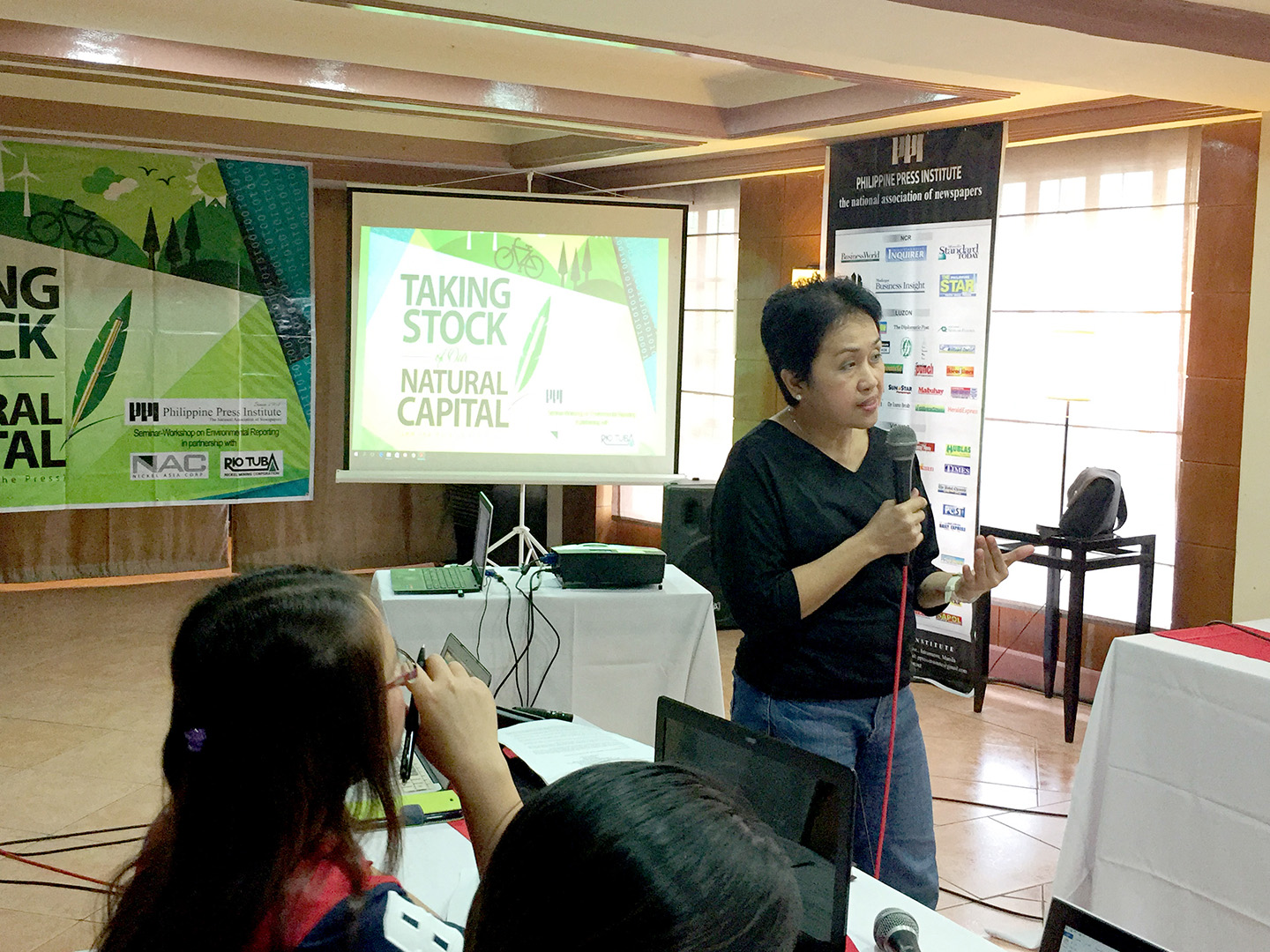 These reasons underpin their opposition to the construction of the government’s P7.9 billon Tide Embankment Project (TEP) in Tacloban City, Palo, and Tanauan in Leyte province, which were some of the heavily damaged areas when the supertyphoon struck in November 2013.

At a recent seminar workshop on environmental reporting organized by the Philippine Press Institute (PPI), leaders of community-based organizations and representatives of environmental groups expressed their opposition to the TEP, otherwise dubbed the Great Wall of Leyte, a 27.3-kilometer concrete seawall that will stretch across the tree towns of Leyte. Construction of some sections of the TEP has already begun. 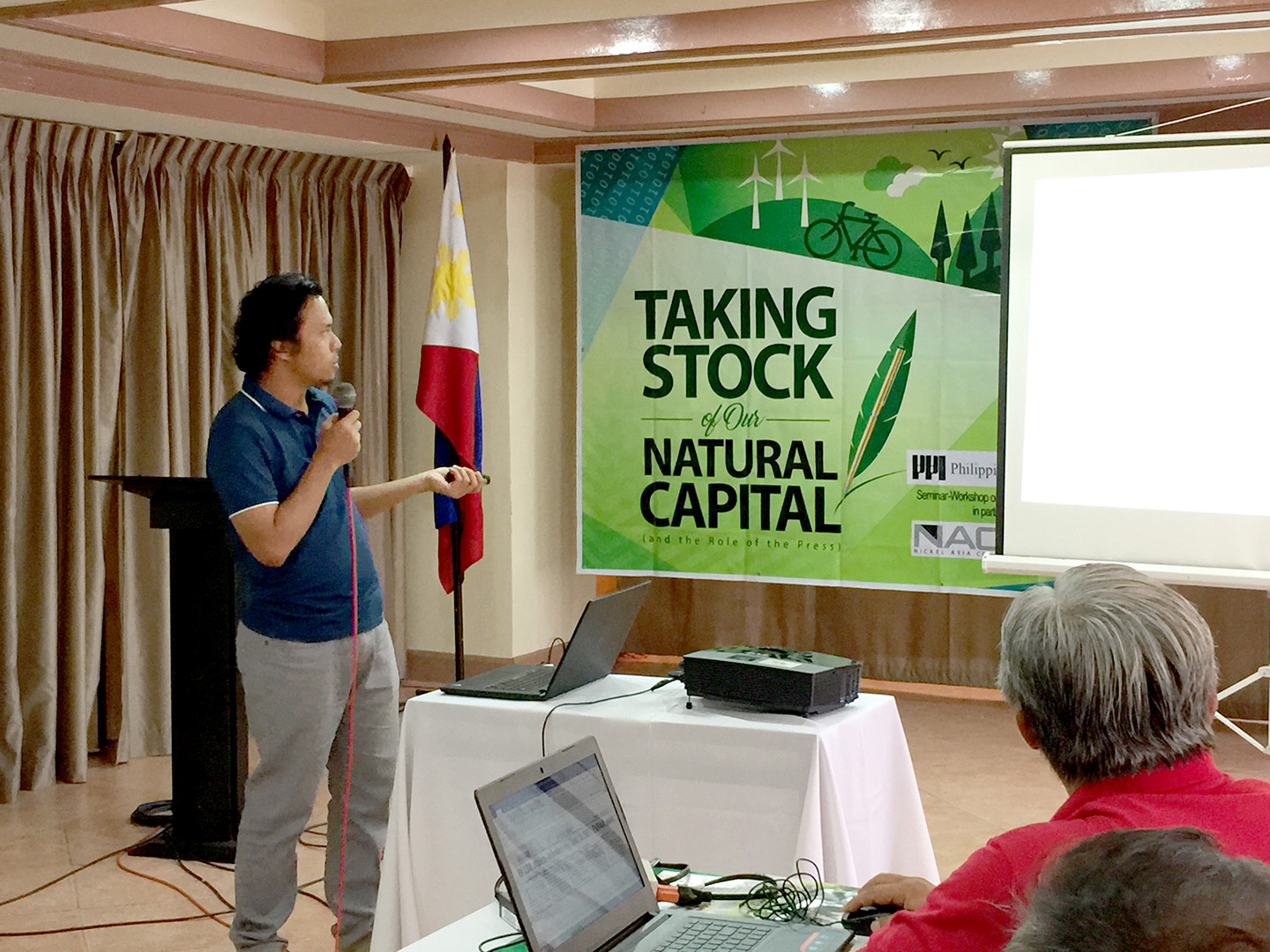 Owen Megraso, program coordinator of the Yolanda Recovery Program of the Center for Environmental Concerns, said the project will only compromise the natural ecosystem and increase disaster risk while disregarding the people’s welfare. CEC conducted a five-day investigation of the controversial project, which is also the subject of field validation by a pool of scientists.

Christopher Durana, provincial chairperson of Baskug Han Katawhan ha mga Komunidad nga No Build Zone (BAKHAWAN), described the project as “anti-poor,” saying it entails the unwarranted relocation of the affected communities, effectively removing them from their main source of livelihood. 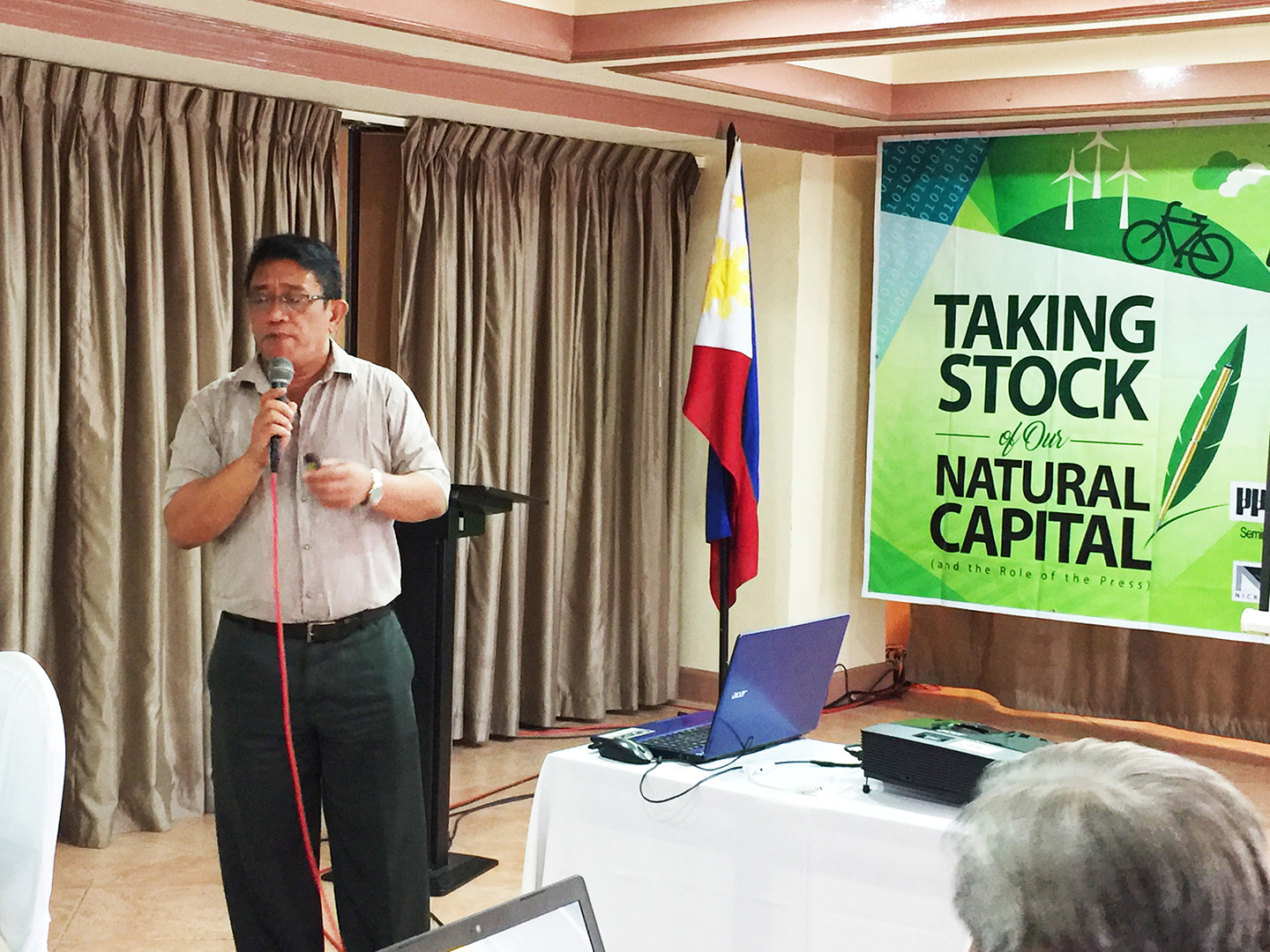 In the aftermath of Yolanda, the agricultural sector has had to bear the brunt of a severe decline in harvests. Nestor Lebico, Sr., secretary-general of Samahan han Gudti nga Parag-uma ha Sinirangan Bisayas (SAGUPA-SB), said the agricultural industry in Eastern Visayas suffered a whopping P31 billion damage to crops following the typhoon.

In the face of these grim scenarios confronting the affected communities in Tacloban and elsewhere in Leyte and the rest of Eastern Visayas, there is no gainsaying the importance of taking stock of the country’s natural capital in development planning and ensuring the people’s welfare without sacrificing the nation’s natural wealth at the altar of progress.

These and other issues were highlighted at PPI’s recent seminar.

The Visayas leg of the three-day PPI seminar, held in Tacloban City, provided a platform for expressions of concern on a range of issues relating to the environment and the consequent impacts on the poor of certain government actions or perceived inactions. 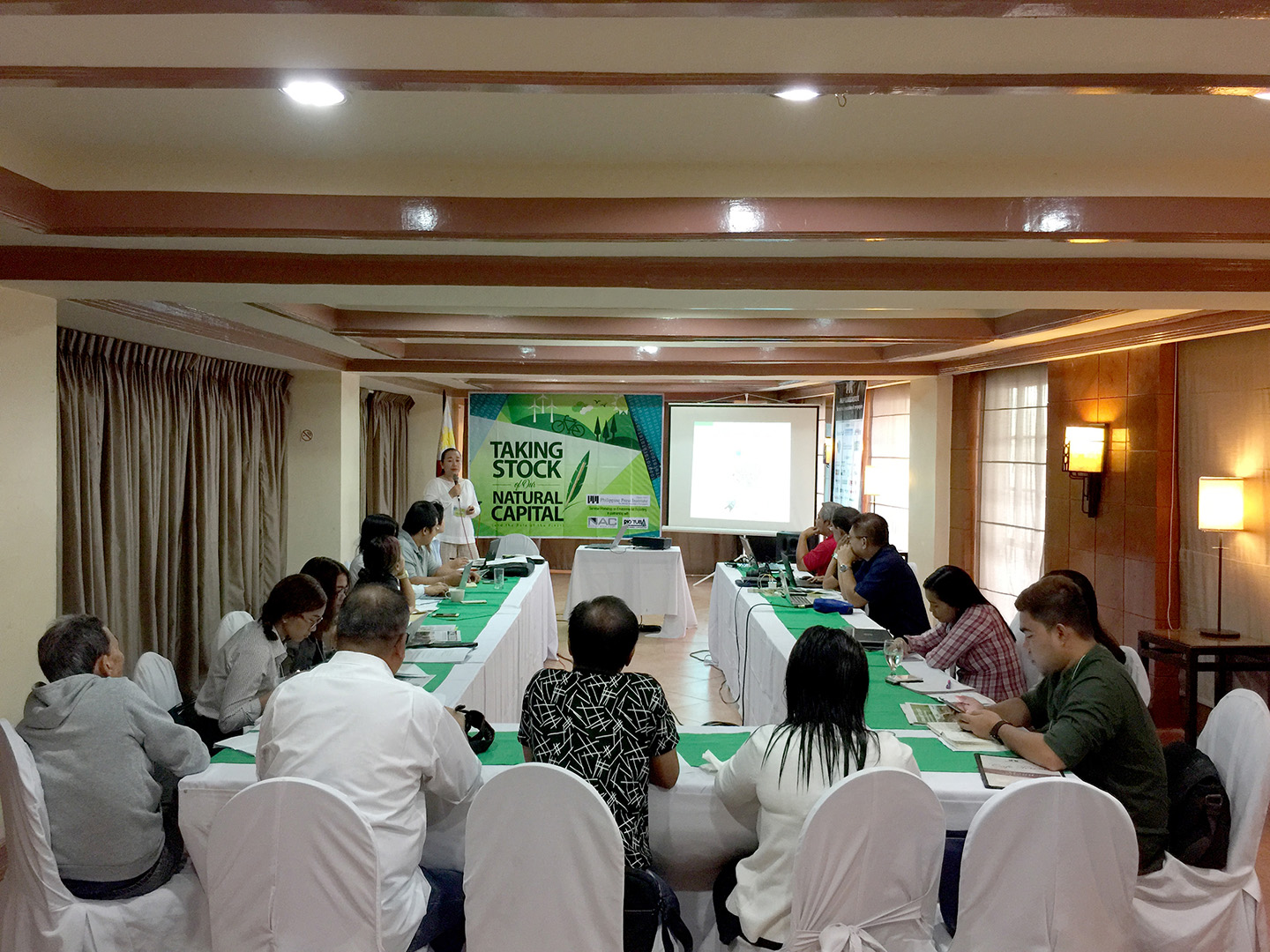 Themed “Taking Stock of Our Natural Capital (and the Role of the Press),” the PPI seminar brought together earlier this month 24 journalists from member publications published and circulated in Visayas.

The issues surrounding the TEP — ranging from the lack of genuine consultation and its perceived adverse impacts on the environment, including mangroves — and opposition to it from concerned groups — illustrates the tradeoffs between development goals (and their concomitant social costs) and environmental protection, which are among the fundamental issues that lie at the heart of accounting for natural capital.

The World Bank defines natural capital as “the resources that we easily recognize and measure, like minerals, energy, timber, agricultural land, fisheries and water. It also includes all the ecosystem services that are often ‘invisible’ to most people, such as air and water filtration, flood protection, carbon storage, pollination of crops, and habitats for wildlife. 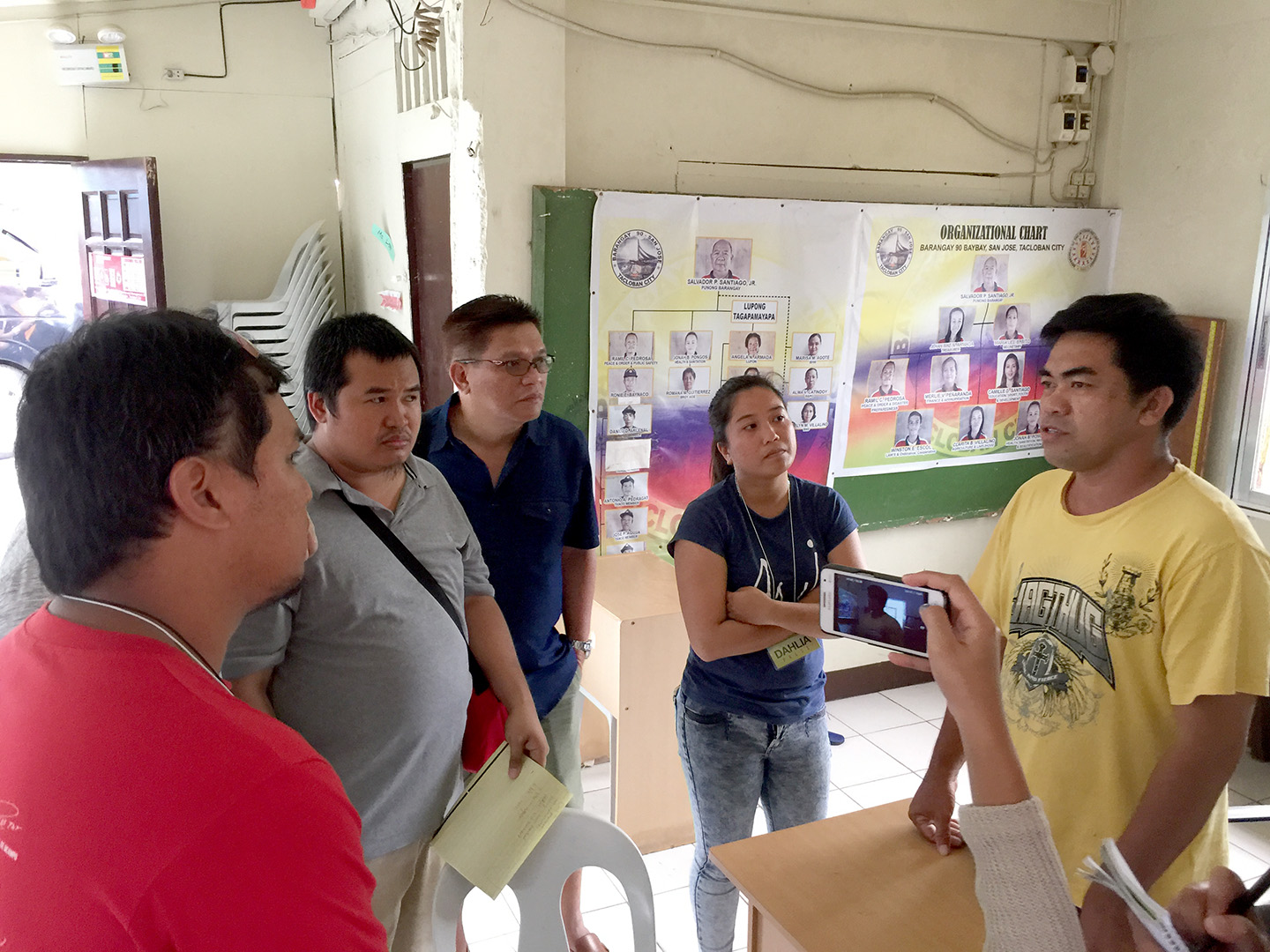 “These values are not readily captured in markets, so we don’t really know how much they contribute to the economy. We often take these services for granted and don’t know what it would cost if we lost them.”

Valuing natural capital — in physical and monetary terms — also helps ensure that the contributions of specific natural resources to livelihoods and economies are visible and that economic policies account for nature so that natural wealth can continue to sustain mankind.

“Valuing natural capital enables governments to account for nature’s role in the economy and human well-being. For businesses, it enables efficiency, sustainability, and managing risks in their supply chains,” says Conservation International. 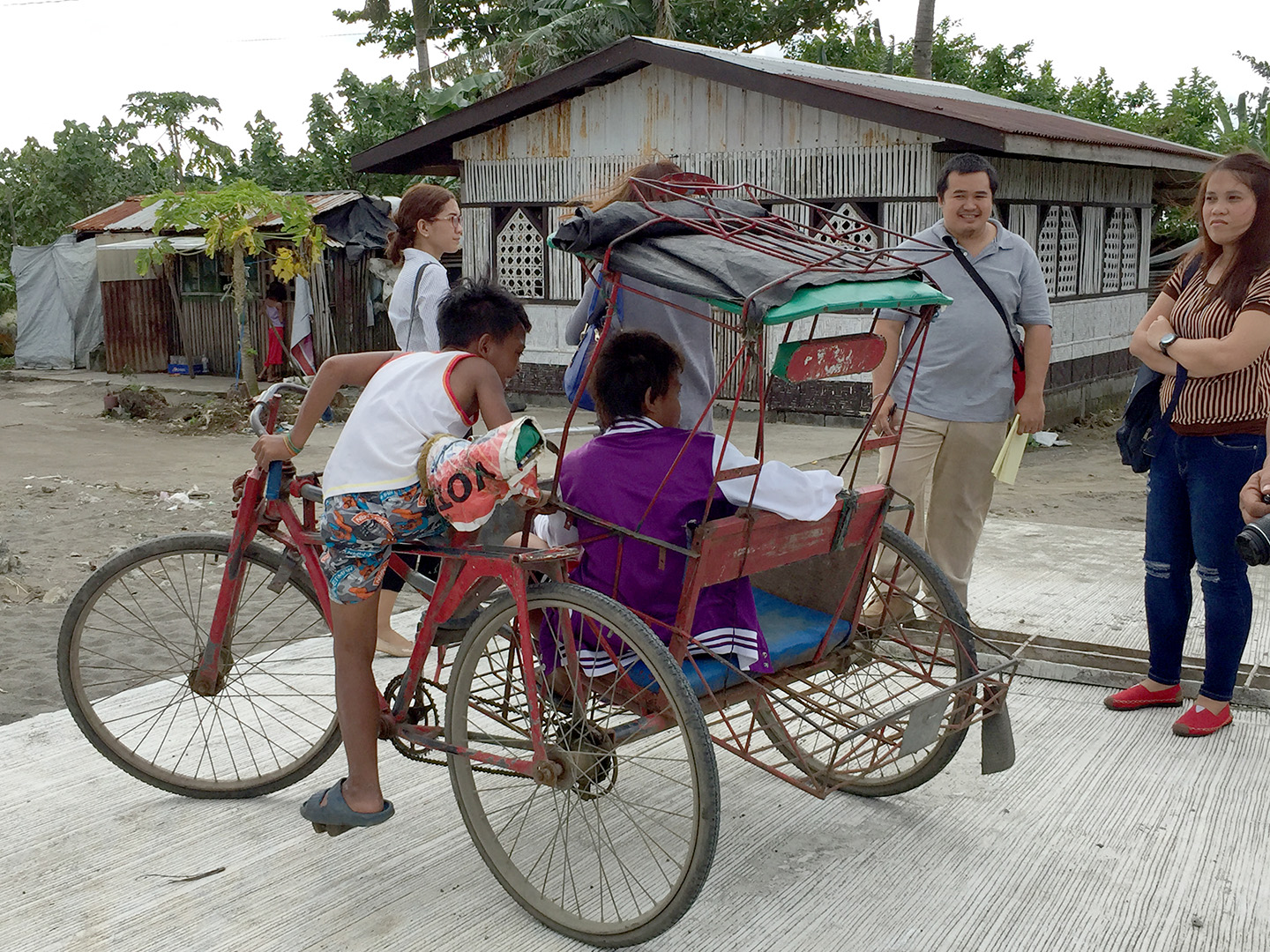 The PPI seminar had its initial run (January 31-February 2) in Puerto Princesa, Palawan for PPI’s Luzon-based member newspapers. As stated in the concept note prepared by PPI training director Tess Bacalla, one of the seminar objectives is to help the media understand the concept of valuing natural capital, and its role in inclusive growth and sound economic management.  It also sought to “expose the media participants to the realities on the ground where natural capital is concerned, which could then form the basis for better reports that will help generate better understanding of the critical role of natural resources (and their valuation) in economic planning.”

Dr. Alice Joan Ferrer, a marine scientist from the University of the Philippines-Visayas who was one of the resource speakers, explained the concepts of natural capital, ecosystem services, and the significance of using valuation tools in determining the state of and accounting for the country’s natural wealth. She also identified some of development challenges confronting the country where the utilization of natural wealth is concerned. She stressed that the economy continues to expand at the cost of the environment. 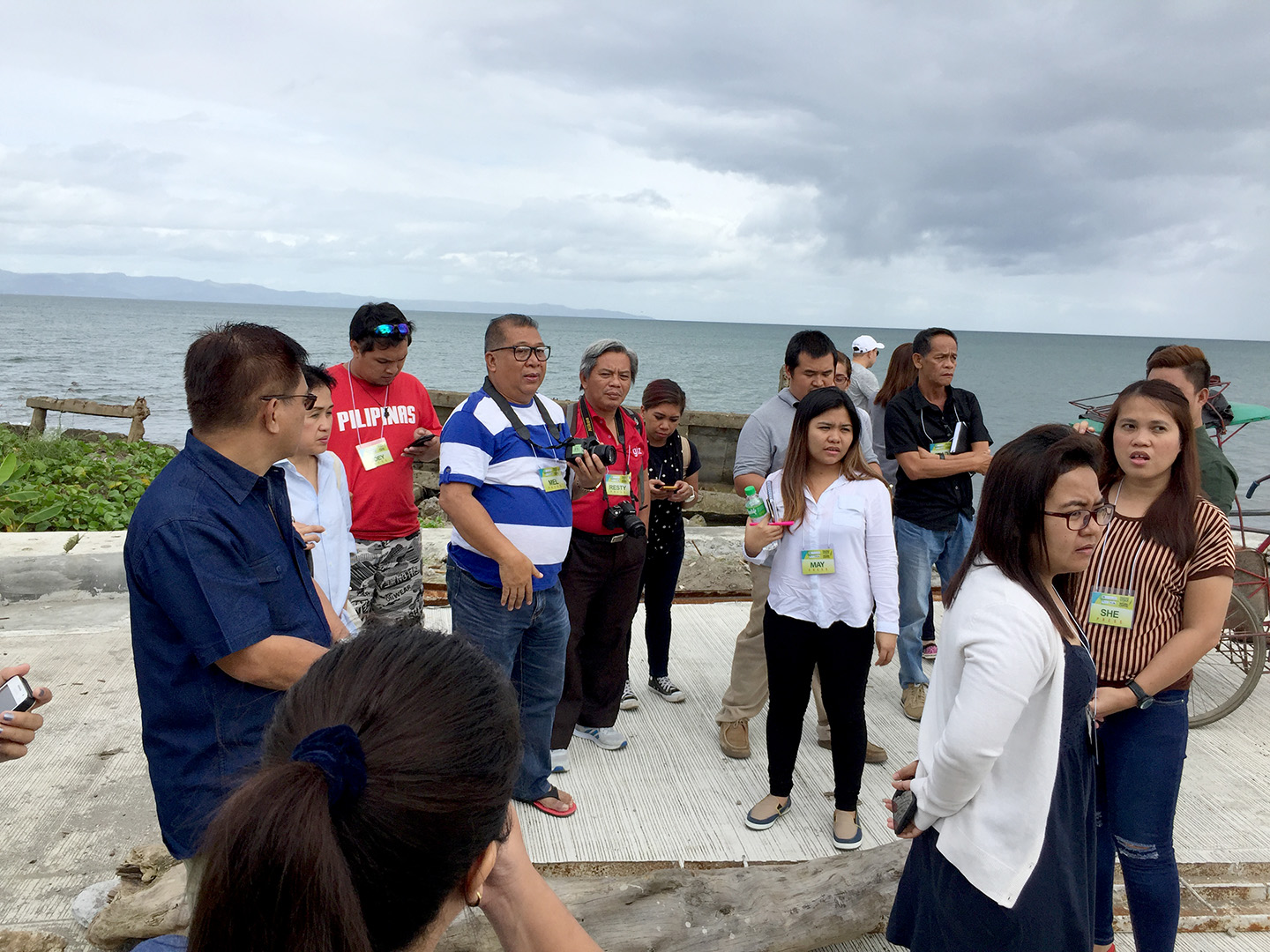 Enrique Nuñez, country director of Conservation International Philippines, pointed out the need for the public to understand the issues confronting or threatening the environment even as it provides vital services for mankind such as food security, livelihood opportunities, tourism revenue, and protection from storms, among others.

He said the media has a significant role to play in shaping public opinion, facilitating the formulation of better policies, which hopefully “contribute to our well-being.”

Findings of a PPI study on the extent of environmental reporting among its member publications showed the relative dearth of news reports and features on the issues at hand.

PPI executive director Ariel Sebellino, who presented the results of the study based on an analysis of published reports about the environment, highlighted the need to ramp up media coverage of the environment, both in terms of quantity and quality.

He said the study was neither a scientific nor exhaustive analysis, but primarily conducted to offer journalists a glimpse of the news media coverage of environmental issues and offer points for discussion.

Out of a total 29,683 published items that filled the newshole, or space devoted to news content, only 582 items (1.96 percent) were about the environment, Sebellino said of the study undertaken for PPI by journalist Bryant Macale.

Philippine Daily Inquired correspondent Ryan Rosauro corroborated PPI’s findings based on his experience covering the environment, specifically issues affecting select parts of Mindanao, where he is based. He also rued the lack of local context and depth in environmental reportage, including those coming from his region.

“Environmental reporting is not only about environmental science but also (governance) structure (in the public sector), state mechanism on how our resources are to be used and how conservation and development of these resources should be done,” Rosauro said.

Discussions were complemented by a field visit by the participants to a coastal barangay, or a fishing village that was devastated by Yolanda. Interviews and observations conducted formed the basis of the group stories turned in by the participants at the close of the second day.

The final outputs, which were presented during the plenary session on the third and final day of the seminar covered issues such as coastal and ecosystem degradation, declining fish catch, conflicting government plans such as those affected TEP, among others.

While media are not expected to become experts in the more technical aspects of natural capital valuation, understanding the basic principles underlying this important concept —  and how they apply on the ground — will help them explore stories relating to the environment that have yet to be told, or maybe are not being told enough. A reporter need not even be assigned to the environment beat before he or she can explore those stories.