Upholding the truth to fight falsehood 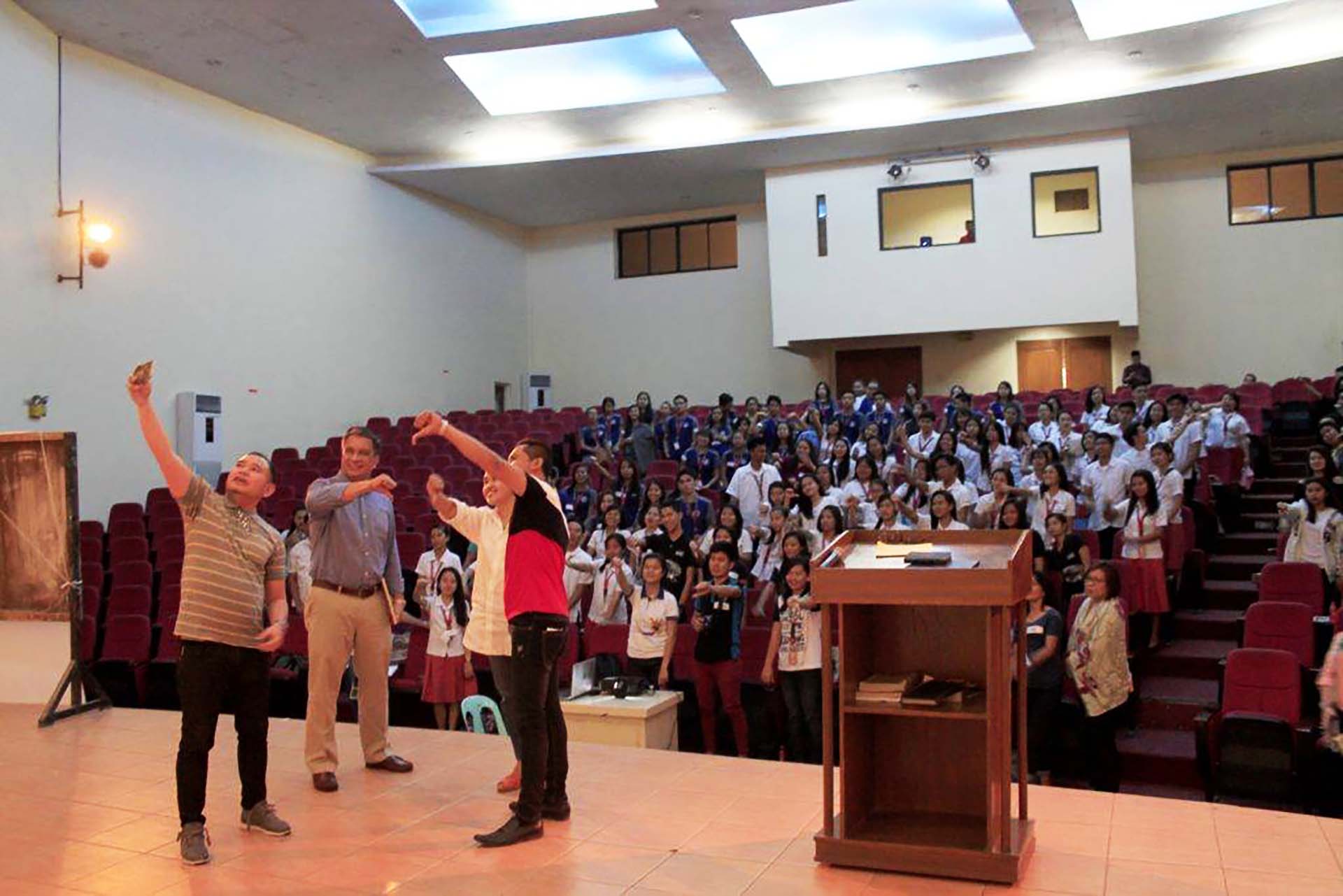 PPI enjoins students to beat the scourge of fake news

They came in large numbers, some having traveled from nearby provinces on the eve of the event to which they were invited to witness and engage in a frank and earnest discussion on an issue that has swept the nation — fake news, deliberate misinformation, hoaxes, and other permutations of this global scourge.

Toward the end of the one-day scholastic forum organized by the Philippine Press Institute (PPI), the participating students made a pledge and, with little prodding, signed a Students’ Covenant — that they would not be complicit in the unprecedented spread of fake news and that they would do their share in today’s concerted efforts to fight it.

University students (mostly of mass communication) from Luzon — in particular, Baguio City, Batangas City, and Malolos, Bulacan — recently took time off their academic activities to participate in the forum held in April and May as part of PPI’s initial salvo to engage students in the fight against fake news. 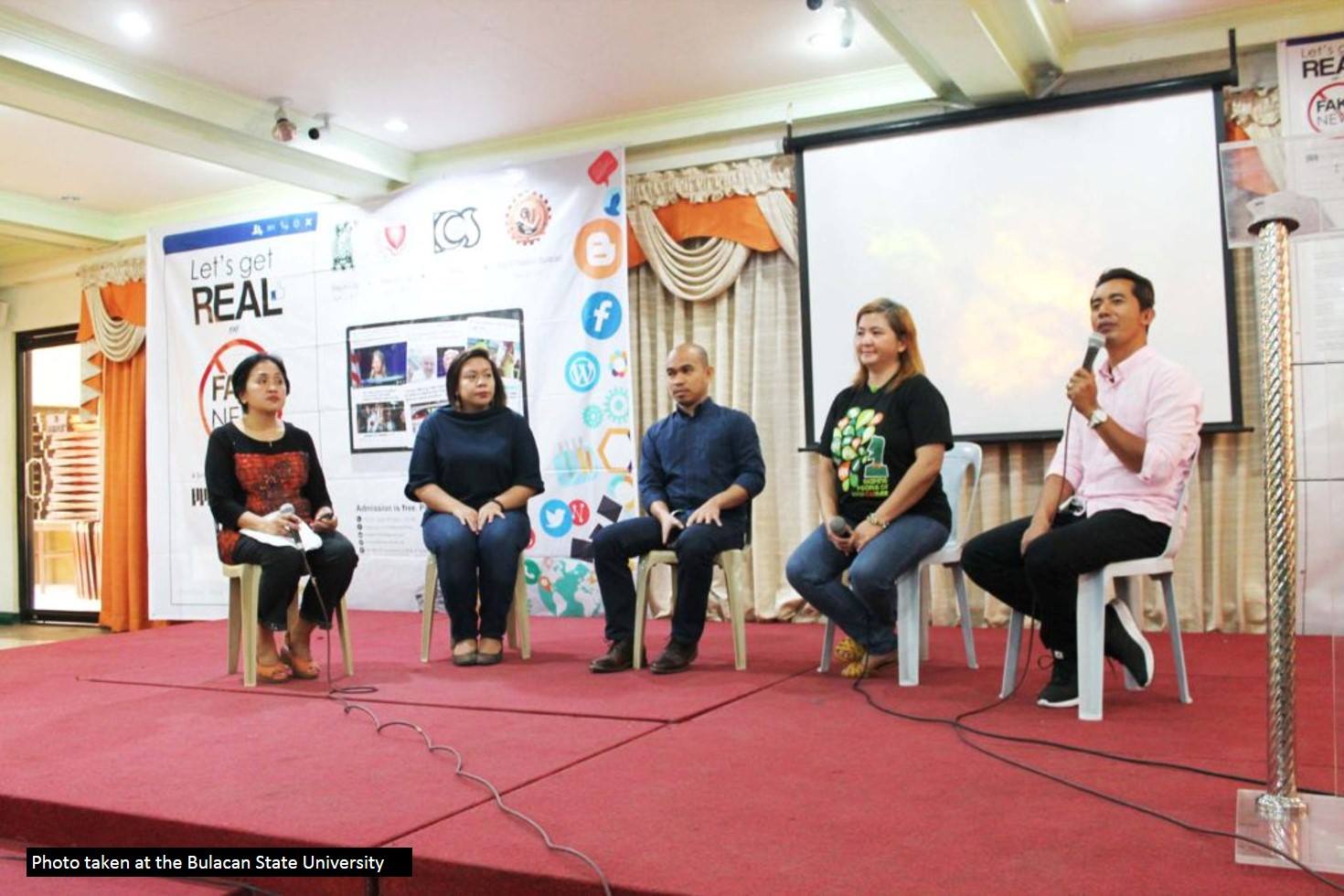 Themed “Let’s Get Real on Fake News” and supported by Nickel Asia Corp., PPI’s scholastic forum tackled the whys and wherefores of fake news, including how to spot and fact-check it.

Select universities in the Visayas and Mindanao will also host PPI’s scholastic forum on fake news in the coming months.

The digital revolution — set off by an unprecedented shift from analog to digital technologies — has made possible, even abetted, though unwittingly, the rise of fake news. It is marked “by a flood of information and misinformation that news consumers can access from anywhere at anytime,” said the 2016 World Development report published by the World Bank. 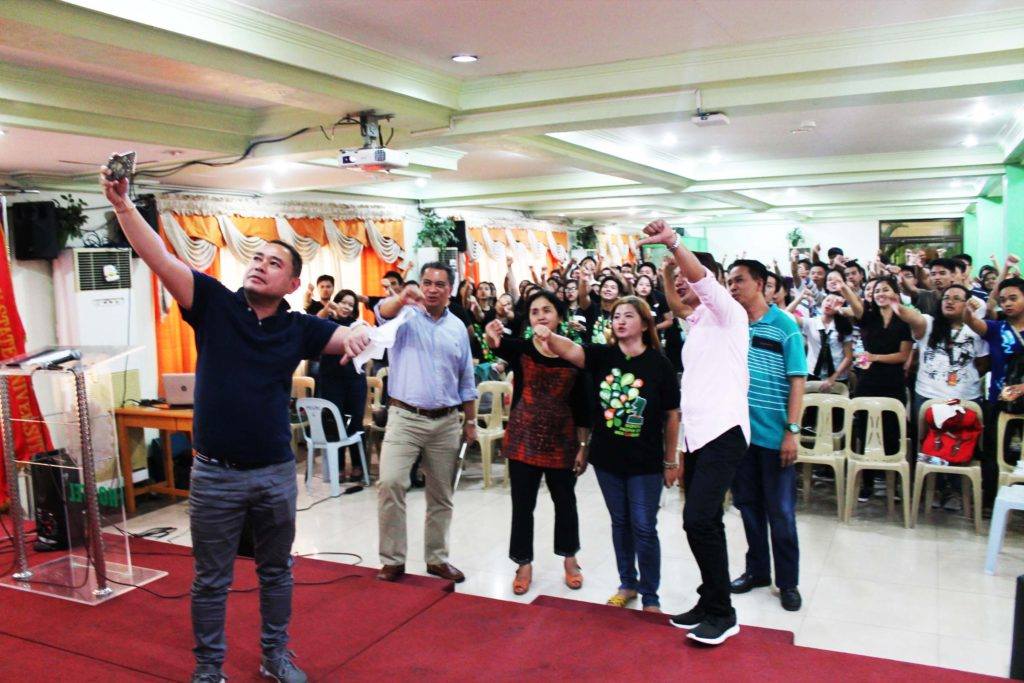 Between 2005 and 2015, the number of internet users across the world more than tripled from 1 billion to 3.2 billion, according to the report. To date the Philippines is one of the top 20 countries with the highest number of internet users, based on data from Internet World Stats, an online site which tracks global internet usage. The country is ranked 15th and is estimated to have 54 million Facebook users, comprising slightly more than its population of around 103 million.

“Getting in touch with kith and kin alike — no matter the distance — now comes with little effort and at relatively little costs,” says PPI in the rationale explaining the significance of the scholastic forum on fake news.

“Yet the same tools being used for expanding and deepening public dialogue, and enhancing civic and political engagement while empowering marginalized sectors, are also being wielded to undermine such and similar ends.

“The advent of ‘fake news’, ‘alternative facts, or simply put, outright lies, clearly illustrates this troubling reality that is rewiring public debate, and societies at large, in the digital age,” adds PPI.

“In the Philippines and elsewhere in the world the proliferation of fake news is polarizing society and deepening the political divide. This, at a time when people should be reaping increasing digital dividends not only to enhance their individual and collective well-being but also to ensure more responsive, efficient, and transparent public governance.” 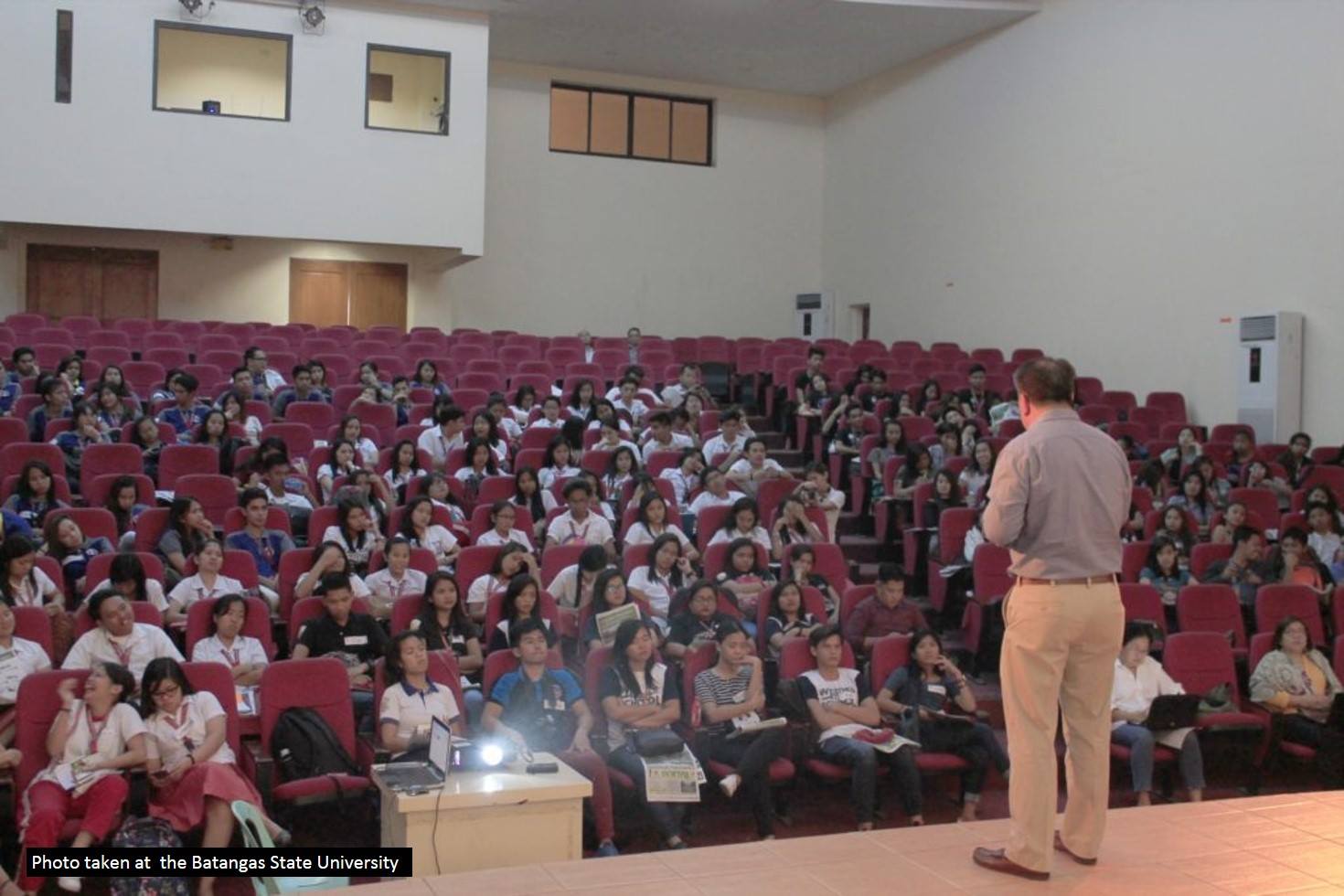 In one of the latest iterations of hoax news, popular supporter of President Rodrigo Duterte and newly appointed public official Mocha Uson shared on her Facebook page a photo, purportedly of the Philippine Army, enjoining prayer for the troops engaged in a raging battle against homegrown terror groups in Marawi City, Lanao del Sur.

The online backlash came fast and furious. As it turned out the unverified image was of Honduras’ police.

Not to be outdone, the Philippine News Agency earlier published a false report, saying 95 out of 105 countries whose representatives attended the recently concluded Universal Periodic Review (UPR) in Geneva by the United Nations Human Rights Council were convinced that there were no extrajudicial killings in the Philippines. The story was subsequently replaced — with nary an explanation or an apology amid public backlash — with another truth-twisting article, “PHL’s human rights situation commended at UPR.” 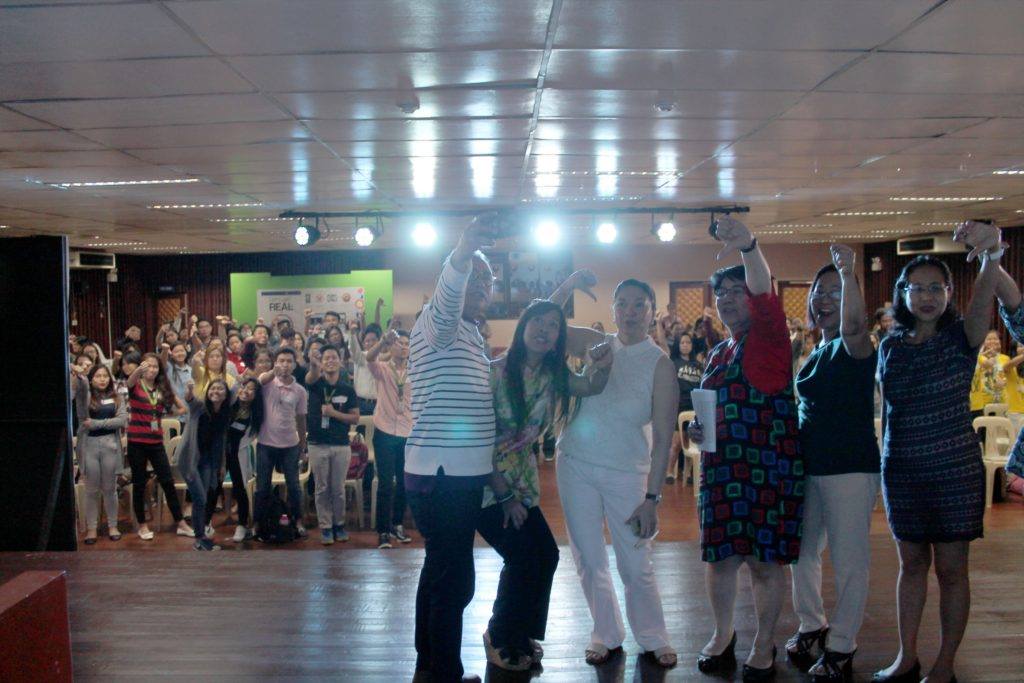 Just last week, as though inured to the gaping chasm between truth and fakery, PNA used a misleading photo as an accompaniment to an article, titled “Urban warfare a challenge for soldiers in Marawi.” What turned out to be a Wikipedia commons-sourced photo was of a scene during the Vietnam War.

Against such backdrop depicting today’s deeply troubling reality that has come to define much of the digital sphere, PPI believes the insidious trend shaping today’s social media highlights the need to ramp up public discussion, including among the youth, on this aberration in this so-called post-truth or ‘alternative facts’ era.

Avie Olarte, one of the editors of Vera Files, an independent media organization in the Philippines, demonstrated during the forum how to fact-check false claims and inaccurate statements, notably from public officials. She cited, for instance, President Duterte’s claim in August 2016 — shortly after the national election — that he was not a millionaire. Vera Files, which has embarked on a fact-checking initiative, disproved his claim, citing his Statements of Assets, Liabilities and Net Worth for the period 2001-2015, which showed his net worth growing steadily to 23.5 million by 2015.

Traditional, internal fact-checking has long been a standard practice in newsrooms, she said, but the massive proliferation of fake news has given rise to a new form of this tool — dubbed fact-checking journalism, which holds government officials accountable for their public statements or pronouncements, notably on policy issues.
More to the point, it calls out falsehoods spewed by such officials, confirms or debunks their claims, and determines the factual accuracy of their public statements. 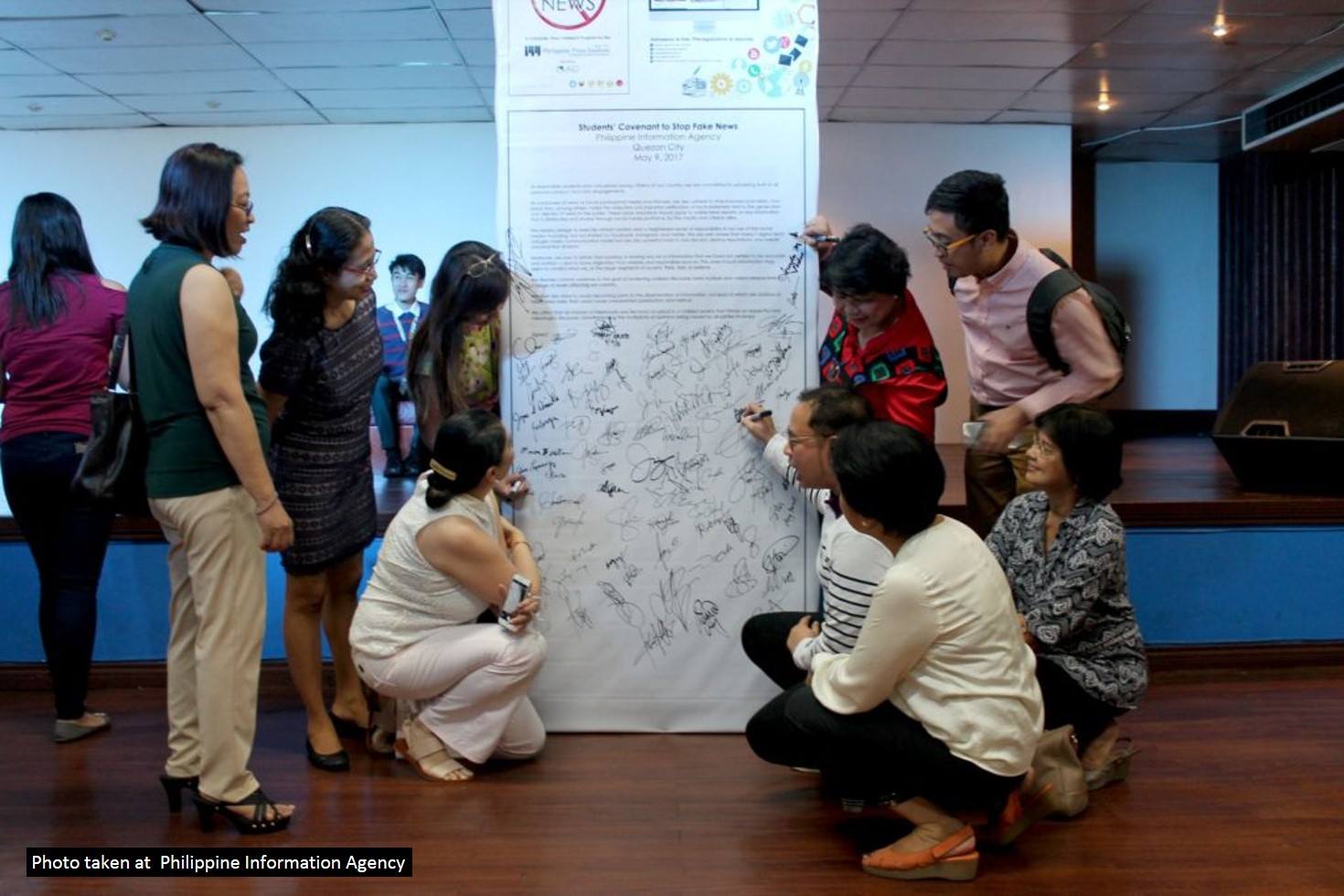 The overwhelming response of the students to PPI’s call to fight fake news doing the rounds on social media, as evidenced in part by their thoughtful questions during the open forum with the resource speakers, shines a light on this dark phase of the information era.

“We vow to refrain from posting or sharing any bit of information that we have not verified to be accurate and truthful — and to have originated from reliable and responsible sources. This, even if such information may seem to confirm what we, or the larger segments of society, think, feel, or believe,” states the covenant drafted by PPI and which was read to and signed by the students.

“We likewise commit ourselves to the goal of achieving civilized discourse amid multiple and varied perspectives on a range of issues affecting our country.

“We affirm that all manner of falsehoods and lies have no place in a civilized society that thrives on respectful and meaningful discourse, notwithstanding the multiplicity of opinions being voiced by all parties involved.”