UNICEF: Many children and adolescents in the Philippines are not growing up healthily

UNICEF: Many children and adolescents in the Philippines are not growing up healthilyPhilippine Press InstituteOctober 17, 2019October 24, 2020 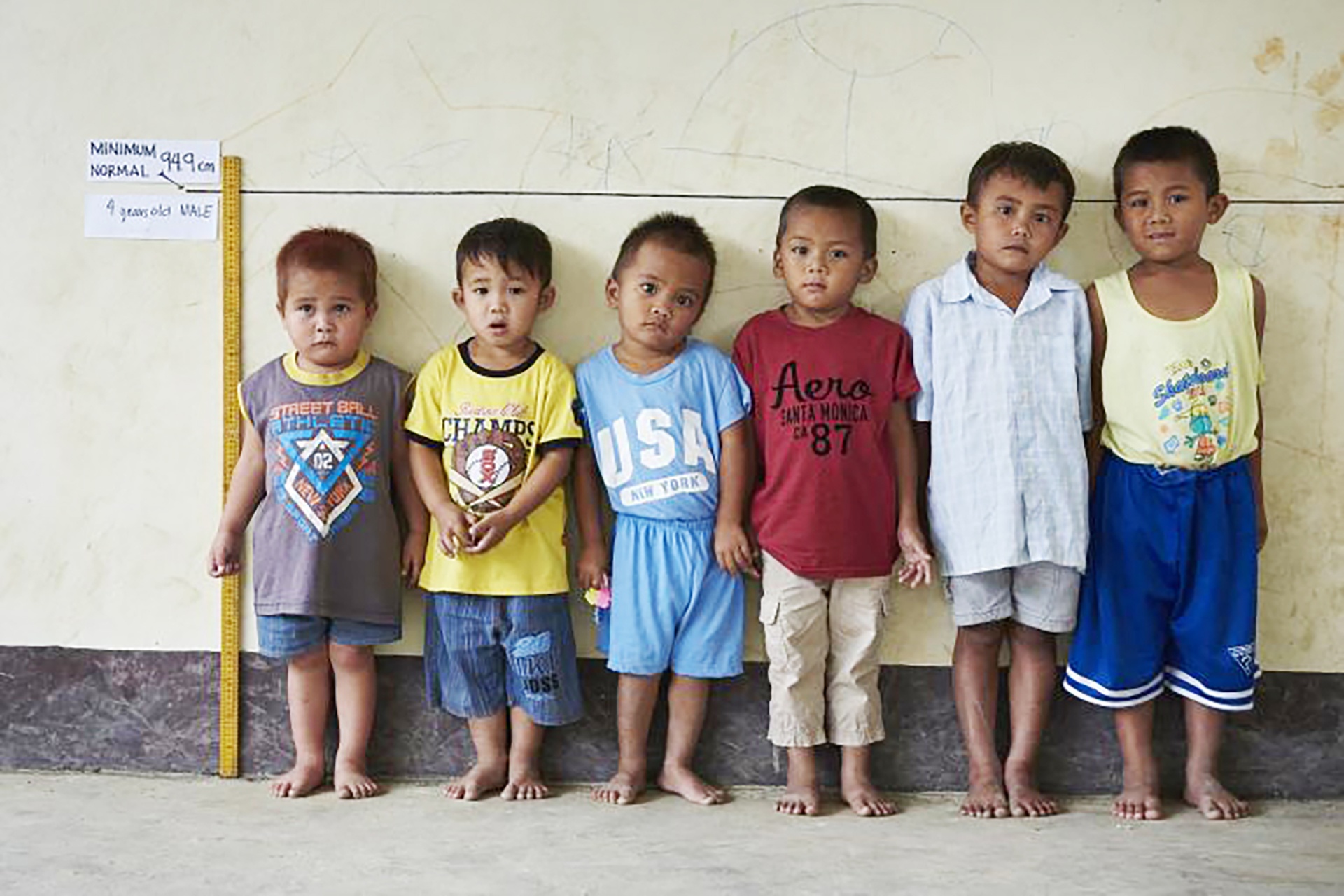 MANILA, 16 OCTOBER 2019 – Filipino children are increasingly suffering from poor diets, inadequate nutrition and food systems that are failing them, UNICEF warned in a global report today.

The State of the World’s Children: Children, Food and Nutrition revealed that one in three Filipino children under five years old are stunted, which means they are too short for their age, while roughly 7 per cent of children are too thin for their height. Moreover, a tenth of Filipino adolescents are now overweight. Increased vulnerability to disease due to poor health-seeking behaviour, incomplete immunization, poor hygiene and care practices, and inadequate diet – both in quantity and quality – causes undernutrition in early childhood.

“The undernutrition facts in the Philippines are disturbing – one in three 12-23-month-old children suffer from anaemia while one in three children are irreversibly stunted by the age of 2. On the other hand, 1 in 10 adolescents are obese from wrong eating habits,” said Oyun Dendevnorov, UNICEF Philippines Representative. “The triple burden of undernutrition, hidden hunger and overweight poses serious threats to child health, therefore, UNICEF is supporting the Philippine Government in implementing the Philippine Plan of Action on Nutrition (PPAN). Under the leadership of the Government, working together with private sector, civil society and all stakeholders, we must address the causes of unhealthy eating in all its forms.”

“The National Nutrition Council (NNC) is exhausting all efforts to address malnutrition especially among children through the Philippine Plan of Action for Nutrition (PPAN) 2017-2022, which serves as the country’s framework for nutrition improvement.” Said Dr. Dayanghirang, Executive Director, National Nutrition Council, “One of the strategic thrusts of the PPAN 2017-2022 is the focus on the first 1000 days of life, which refers to the period of pregnancy up to the first two years of the child. This is a window of golden opportunity wherein key health, nutrition, early education and related services should be delivered to ensure optimum physical and mental development of a child. Poor nutrition during this period can have irreversible effects on the physical and mental development of a child that eventually affects a child’s performance in school as well as productivity and ability to earn as an adult, consequently affecting the quality of life of a person.

“If we look further at the data, we will see that stunting rates among one-year olds is 36.6%, which is twice as much as the 15.5% stunting rate among infants 6-11 months old. And stunting rates remain at the 30% level or more among children 3 and 4 years old. Clearly, we have to prevent that increase. We at the NNC are urging key stakeholders at the national, regional and local government units to carry out the PPAN 2017-2022 and give particular attention to the first 1000 days of life to give our Filipino children a brighter future,” added Dr. Dayanghirang.

Despite the critical importance of the 1,000 days of life from conception up to two years, infants are not eating well. As a result, they are surviving but not thriving. Only a third of babies are exclusively breastfed during the first six months. Around 44 per cent of children aged 6-23 months are not fed fruit and vegetables, and 59 per cent are not fed eggs, dairy products, fish or meat. They are not getting their required nutritional intake by consuming from at least five of the seven food groups.

Similarly, the report found that adolescents are eating unhealthily the food that do not meet their nutritional needs. Adolescent obesity among Filipinos has almost tripled in the last 15 years as processed foods high in salt, fats and sugar are becoming more accessible and affordable.

Across the globe, 42 per cent of school-going adolescents drink carbonated soft drinks at least once a day and 46 per cent eat fast food at least once a week. From 2000 to 2016, the proportion of overweight children between 5 and 19 years of age doubled from 1 in 10 to almost 1 in 5.

The triple burden of malnutrition – undernutrition, hidden hunger or the lack of essential nutrients, and overweight – threatens the survival, growth and development of children, young people, economies and nations, the report cautioned.

The Philippine Government recognizes that malnutrition remains a significant public health concern in the country. Stunting is now seen as one of the major impediments to human development and is recognised as a well-established marker of poor child development.

In response, the Government has developed strategies and targets through the Philippine Plan of Action on Nutrition (PPAN) 2017-2022. The country also passed RA 11148 or the Kalusugan at Nutrisyon ng Mag-Nanay Act, or the First 1,000 Days Law, which aims to end stunting and all forms of malnutrition through sound investments and comprehensive strategies.