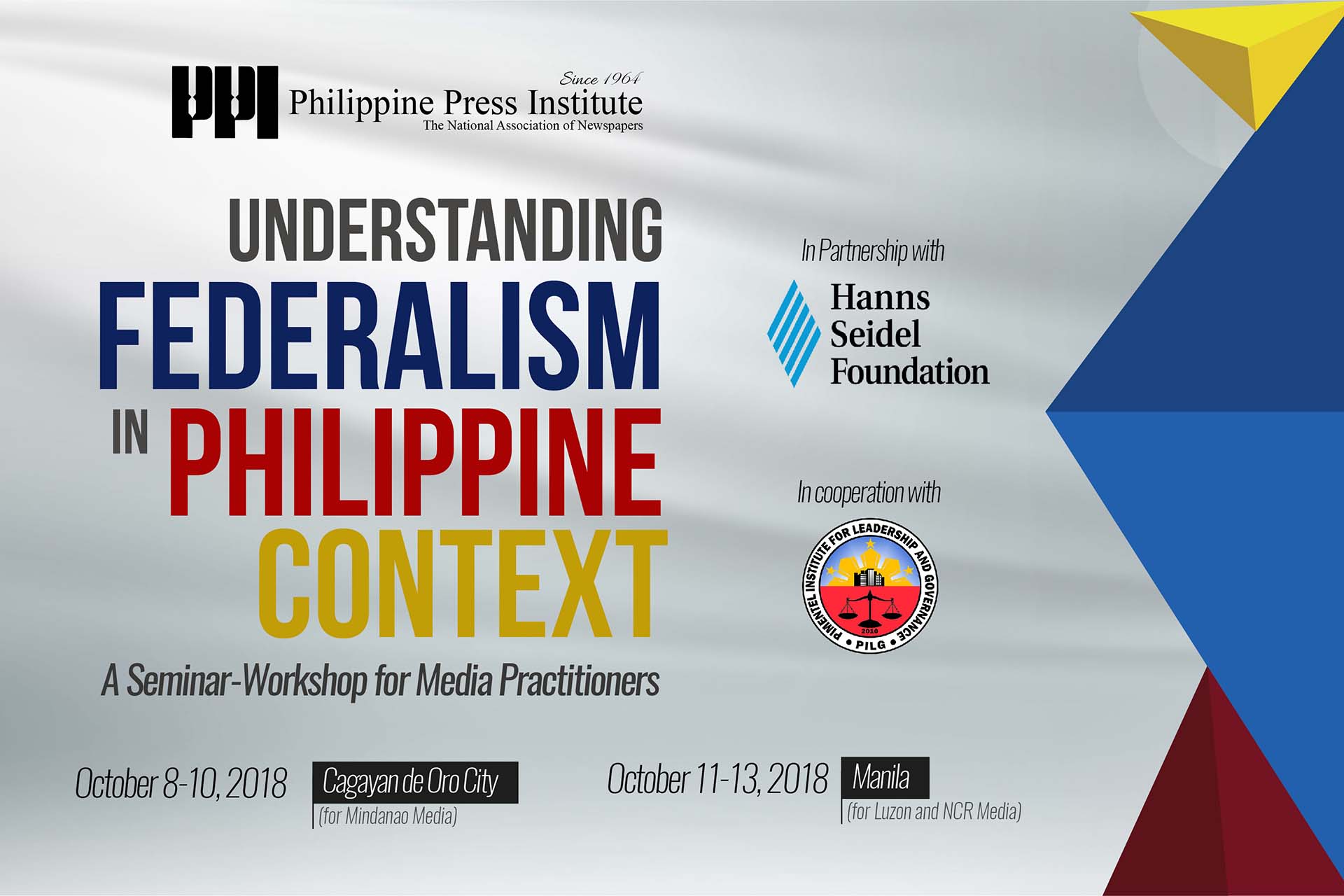 Is the Philippine ready for a federal form of government?

Discussions on federalism have not been fully reported in mainstream media. If there were, the public’s knowledge about it has been limited to pushing for its establishment as a new system of government vis-à-vis constitutional change. This seminar aims to examine the characteristics of a federal form of government: the allocation of authority and power between national and state governments for example. It shall explore the historical underpinnings and normative theories of federalism, evaluate federalism doctrines from other countries, and consider the role of federalism in contemporary political/social issues.

Not so much as it’s being a controversial topic but taking a hard look at its value in terms of good governance in the context of democracy. In so doing, answer some questions such as: What is the value of a federal system? Are federated regions or states in this case even necessary to securing the benefits attributed to a federal structure? What is the scope of federal power? To what extent should this original understanding inform judicial decision making today, given changes in our country (and in the international arena)? Who should be primarily responsible for safeguarding federalism? What is the relationship between federalism and individual rights? What role does federalism play in contemporary debates on issues such as (but not limited to) peace process, Bangsamoro, health care, exploitation of natural resources, and taxation?

Though the focus of the seminar is on federalism against the backdrop of charter change, media practitioners hopefully shall consider federalism in an informative (beyond pros and cons) context to broaden the discourse and enlighten the public of its intricacies.