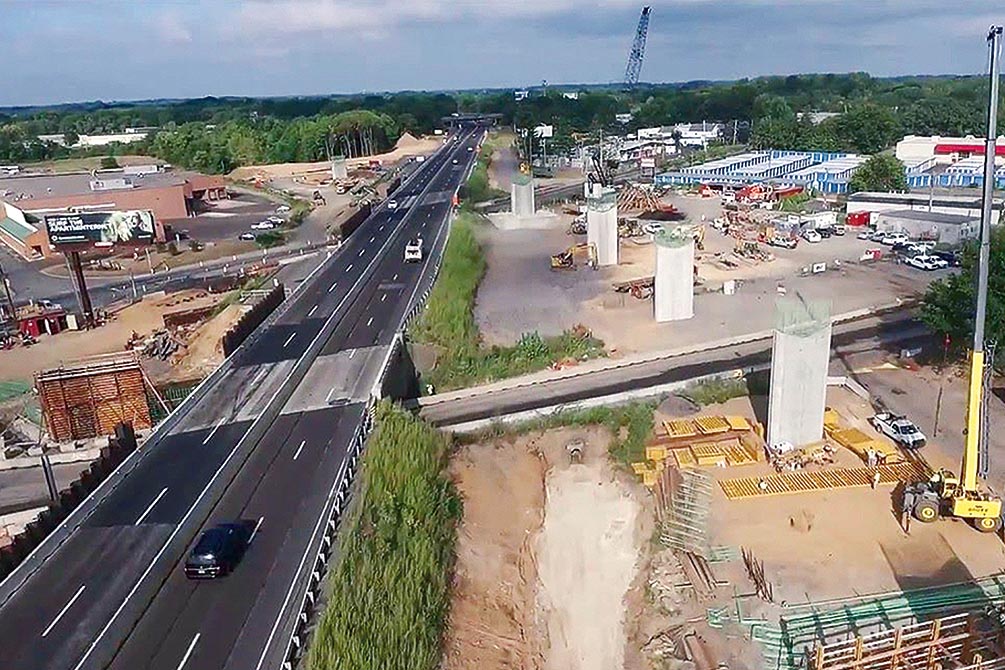 The Philippines has a robust economy that experts all agree to be Asia’s next tiger economy. The need for infrastructure development and connectivity within the archipelago and the promised continuity of the new administration means that policies, investment roadmaps and the country’s dynamic economic climate shall continue to move forward, with the country being seen as being in the “golden age of infrastructure.”

The first Infrastructure Congress and Expo Philippines (ICEP) will be held on May 3-5, 2017 at the World Trade Center, in time for Philippines Infrastructure Week. With the strong support by both government and relevant private agencies, and with the Philippines as member-state of ASEAN Infrastructure Fund, the largest ASEAN-led financial initiative, ICEP will serve as an effective platform for the following industries: ports, roads and bridges; transport and ICT/telecom; power and water; and security and disaster prevention.

Highlighting Business-to-Business (B2B) and Government-to-Government (G2G) opportunities, ICEP is poised to have Local Government Units (LGUs) from around the country to participate, network, and connect with relevant agencies, suppliers and organizations necessary for building their respective communities.

At the forefront of ICEP will be the Duterte’s Administration’s Infrastructure Plan #BuildBuildBuild, which the Bases and Conversion and Development Authority (BCDA) recently launched, together with the Department of Public Works and Highways, Department of Transportation, and the National Economic and Development Authority (NEDA). This program supports the priority projects of the national government, with emphasis on new and better (green) cities, urban mass transport, railways, seaports and airports, and bridges and roads.

Also supporting the event is the Armed Forces of the Philippines through the Department of National Defense, to thoroughly discuss measures in securing
Philippine flagship projects, and the recently launched Development Support and Security Plan Kapayapaan (DSSP). The Office of the Presidential Adviser on the Peace Process (OPAPP) will expound on the President’s Roadmap to Peace.

Funding for infrastructure and related projects will also be taken up in ICEP by representatives from the Bangko Sentral ng Pilipinas (BSP) and the Development Bank of the Philippines.

Exhibitors for ICEP will be from the various industries mentioned, both from government and private agencies, and delegates expected will be from national and local governments, contractors and builders, urban planners, architects and engineers, suppliers, and other stakeholders. 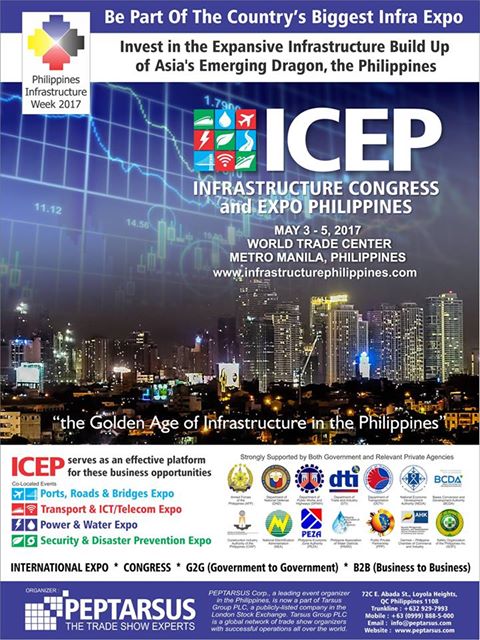 For more information, please log on to www.infrastructurephilippines.com, or email us at info@peptarsus.com.