The Call for Federalism is Not Yet Dead

The Call for Federalism is Not Yet DeadPhilippine Press InstituteJuly 6, 2019October 24, 2020 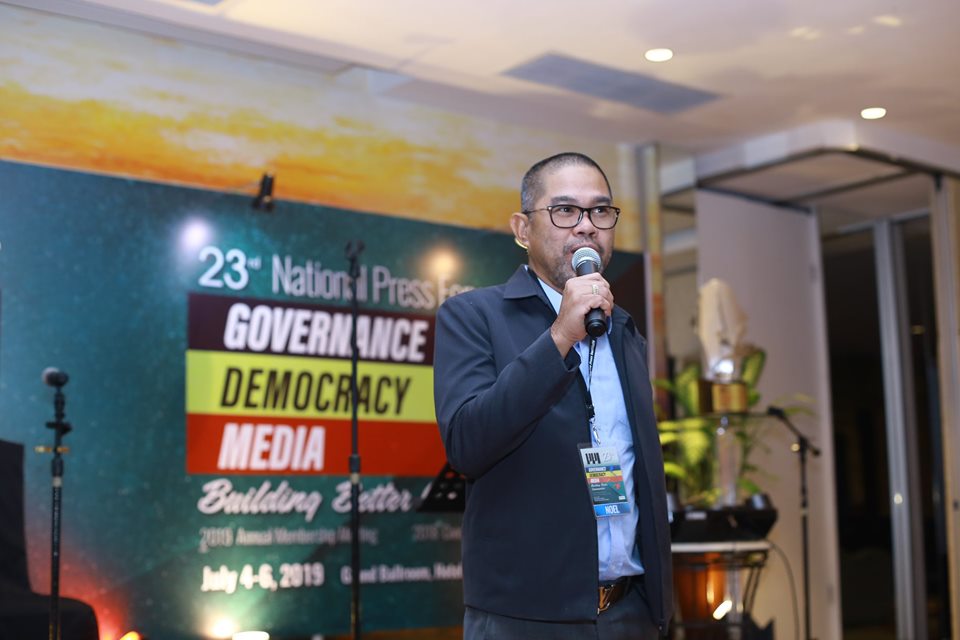 While it first came in dramatic fashion, with then newly-installed President Rodrigo Duterte pushing for the shift to the federal system of government to help spur long-stunted development in the provinces, the idea soon fizzled out.  It is only now that we seem to be talking about Federalism once again.

With the President’s consultative body on charter change opting for a shift from the present unitary-presidential system of government to federal system, the effort seems to have not succeeded in selling the idea to the ordinary folks.  Many of these ordinary folks, especially those in the countryside, have not heard of it, much more understand it.

What is ironic is that many would have wanted it, embrace it if only we discuss about it or explain its merits to them in their own language.

Even before the proposal to shift to the Federalist form of government became fashionable, many Bicolanos had already been mulling the idea of Bicol Autonomy.

Bicol Autonomy in its all intentions, form and substance is a step away to the proposed Federal System of Government that involves all regions in the country. It is an idea that has the structure fit for federalism.

Under the proposed Autonomous Bicol Movement, a Regional Government shall be adopted, among others, for the democratic sharing of wealth, power and opportunities among the inhabitants of the Region regardless of ethnic origin, creed, sex, language, political conviction, and economic or social status.

It shall also ensure the right of the people to participate and be equitably represented at appropriate levels of social, economic, political decision-making and in the formulation, implementation, and monitoring of local, regional, and national priorities, plans, and programs. 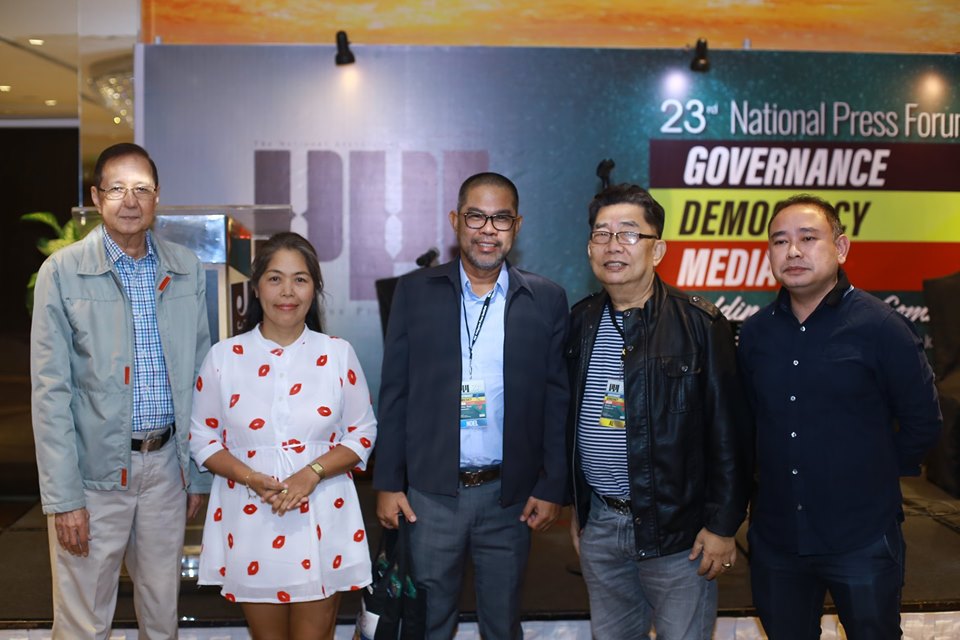 Moreover, the Regional Government that it shall establish shall safeguard equal opportunities to all qualified citizens of the Region to run for public office; thereby prohibiting any form of political dynasty as mandated by the Constitution and in accordance with the yet to be drafted Bicol Autonomous Charter.

In the same vein, but more on the political and economic aspects, we founded last year Kusog Bikolandia, an agenda-based regional political party that is aimed to focus more on local or domestic interests. As its Chairman of the Board, we resolved to serve the common interest of fellow Bicolanos by endeavoring, first of all, to be both self-reliant and dynamic.

Can we be an autonomous state? Can we be part of a progressive unified group of islands called the Philippine archipelago under a Federalist state?

Let me answer that question by first introducing to you the Bicol Region, my region, its natural wealth and its people.

The Bicol Region, otherwise known as Bicolandia, comprises the southern part of Luzon. Due to its strategic location, it serves as the gateway to the Visayas and Mindanao, as well as gateway to travellers and investors from the South to the rest of Luzon that includes Metro Manila.

It is home to known political leaders and has produced iconic personalities in various fields of human endeavor, including the arts and the entertainment sector. It has produced the first Filipino bishop, Monsignor Jorge Barlin. Its more popular heroes, political giants and statesmen, then as now, include Wenceslao Vinzons, Joe Maria Panganiban, Sens. Dominador Aytona, Joker Arroyo, Raul Roco, the Albertos of Catanduanes and Espinosas of Masbate, Jesse Robredo, as well as the Fuentebellas, Villafuertes, Andayas, Imperials, Bicharas, Escuderos, and the Salcedas. No less than our Vice President Leni Robredo is from Naga City, my hometown.

Since the ancient times, Bicolanos have already been mining copper and smelting iron in Masbate that were fashioned into crude weapons, tools, utensils, farm implements and ornaments.  But the mineral wealth has been barely tapped, except those in Camarines Norte, Sorsogon and Masbate. We have a geothermal reservoir of boiling water that has been harnessed into massive plants that spin giant turbines to generate electric power.

Our natural icon, Mayon Volcano has its fossil fuels supplied by abundant rainwater that keep running hot through subterranean rocks. It dominates the landscape with its perfect cone that has drawn and continues to draw thousands of tourists anytime of the year. The volcano has made the land fertile, with abaca and other fruit trees and crops indigenous to the region growing on its feet and in forests. 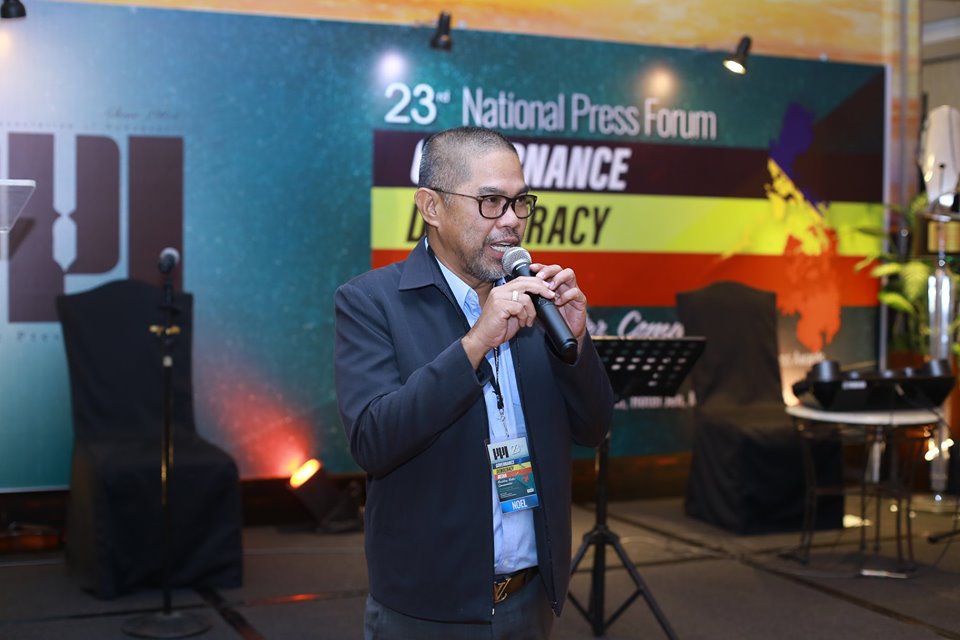 Bicol is also home to 13 major fishing grounds that supply fish markets as far as Metro Manila. It is one of highest producers of palay, abaca, corn and coconut. It has voluminous mineral reserves including gold, copper, silver, iron, phosphate rock, perlite, red clay, marble, guano and bentonite. Energy sources include geothermal like the Tiwi and Bacon-Manito geothermal plants that supply the Luzon Power Grid.

The list of resources is almost endless. It has hydropower plants in Buhi, Camarines Sur, and in Guinlajon, Sorsogon; wind resources in Baleno, Masbate; Donsol and Matnog, Sorsogon; higher terrains in Virac, Catanduanes and some parts of Burias Island; potential ocean thermal energy in Camarines and Catanduanes provinces; coal reserves in Batan, Albay, Cantanduanes and Masbate; and downstream oil facilities/depot in Pasacao, Camarines Sur, and Masbate, Masbate, with a total storage capacity of 87.9 million barrels.

As our fellow journalist and writer Carmen N. Pedrosa while in Bicol only a few years ago has observed: Bicolandia’s aspiration for autonomy is distinctly economic. “They hope to answer the question if Bicol is so rich with natural resources, why is it so poor?”

Many believe that with greater autonomy, the Bicol Region as a federal state will definitely be something much better than today.

Accordingly, the creation of autonomous regions nationwide would serve as the transition for the federal set-up from the prevailing unitary system of government.

At this time, we need to discuss more with our people what autonomy and federal system of government are all about. We shall explain its advantages, as well as open for discussion and debate its disadvantages, perceived or otherwise, so that as early as now we may tell them that there are ways to hurdle such flaws and disadvantages. These debates and wider information dissemination campaign may be conducted in small town hall meetings, barangay consultations, through radio programs, fora, classrooms, the social media, and even in the homes. And as I said, they must be explained in layman’s tongue, in the language that ordinary people understand so that they can embrace the noble idea with their whole heart.

Our campaign for Bicol autonomy shall be focused on the economic aspect and how solutions can be arrived at to ease poverty in the region and bring progress and improved standard of living to everyone.

Such massive campaign shall likewise require strong political will as we seek to eventually shift to federalism.

The next time some of us may cry that the call for Federalism is now dead, I might as well invite you to see its relevance to Bicol as an emerging economy that under a new system of government will become less dependent from Imperial Manila.

Presently, we need to see the early completion of our international airport and the expansion and modernization of two existing domestic airport, such as Daet and Naga. We also need to rehabilitate the long dormant South Luzon end of the Philippine National Railways (PNR) and the improvement of our seaports in various provinces. These, I believe, will be hastened under a Federal System of Government where we shall earn enough revenues from trading and commerce because of our rich natural resources, say for example from our geothermal resource, abundant agricultural and maritime products, and the manufacturing and processing of these natural minerals and resources.

And may I say that while some Bicolanos as of now avoid using the term federalism, they are not actually averse to following the federalist principle. Such federalist principle, as we now see, is closely inspired by our favorable sentiment toward greater regional autonomy for Bicol.