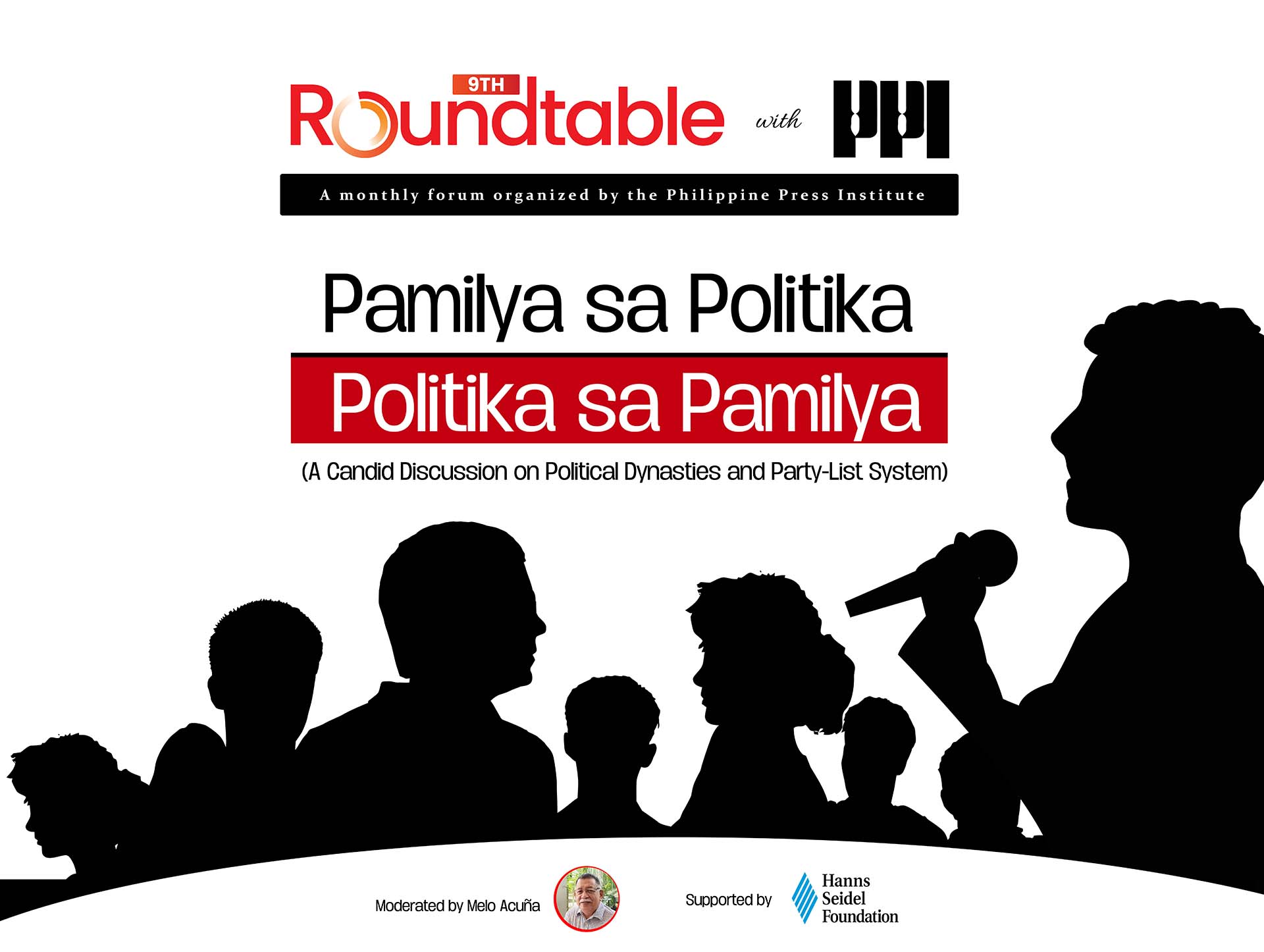 Political dynasties to last forever; party-list at the crossroads

Manila – The 1987 Constitution clearly provides that “the State shall guarantee equal access to opportunities for public service and prohibit political dynasties as maybe defined by law,” as written in Article 2, Section 26.

Decades after the 1987 Constitution was ratified, it would appear the provision has not prevented political clans from taking root in the country’s system. Lawmakers, tasked to formulate the Implementing Rules and Regulations seem disinterested at all because most of them come from political clans.

At a recent Roundtable with Philippine Press Institute, sponsored by Hanns Seidel Foundation, academicians and party list representatives agreed a lot has to be done to level the playing field in terms of elective positions.

Atty. Michael Henry Yusingco from the Ateneo School of Government said while the party list system was designed to act as counterforce against traditional politics empowered by “guns, goons and gold,” the framers could have been aware that the traditional way of doing politics still persists after 1986, “specifically in the way you elect members to Congress.”

While party-list lawmakers have ceased to be “second-class citizens” at the House of Representatives, and has taken a more active role in committee hearings and regular plenary sessions, as mentioned by Bayan Muna Party List Rep. Karlos Isagani Zarate and Kabayan Party-List Rep. Ron P. Salo, most party list lawmakers come from dynastic families or allies of dynastic families.

He added most likely, these dynasties have allies or belong to a dynasty at the local level. He described such situation as “dangerous” due to the “pork barrel” largesse and today, the party list members become part of the dynamics.

The party list could have been an effective counterforce but most of them have become part of the dynamics.

Atty. Yusingco sees some light at the end of the long tunnel as they at the Ateneo School of Government call for reforms in the party list system.

“Instead of fulfilling their constitutional purpose of being really the instigators of genuine politics, they’ve become a victim of patronage politics and political dynasty dynamics,” he added.

Dr. Herman Joseph S. Kraft, Chair of the Department of Political Science at the College of Social Science and Philosophy at UP-Diliman looks at political dynasties from the pre-colonial period to the Spanish, American and Japanese periods.

“Whatever we know of the pre-colonial period, we had a feudal system characterized by patronage and clientelism in terms of the relationship between local leaders and their constituents,” he said. He added the Spaniards made us of the particular existing system “working through a layer of political elites through whom they the people were actually subjected to colonial rule.”

“The Americans did the same thing and the local leaders became the layer through the national government which was colonial in nature, basically asserted the rule,” he explained.

He said what’s fascinating is the notion family politics is local in nature.

“It was only recently that you had President Duterte for instance asserting that our politics since the end of Martial Law was between the Aquinos and the Marcoses, reducing national politics basically to family politics between contending families.

Professor Kraft said whenever comparisons are made across Congresses, across elections, the same names are seen because of their origins in the local level. He added local officials are tasked to look out for the welfare of their constituents and their participation in national political parties between local and national politics.

“National resources going down to the local government units would be through political affiliation through the local officials,” he said. He added there’s a connection between local and national politicians through the dynasties.

In an en banc session, with 10-2, granted the certiorari and prohibition filed by party-list groups disqualified by the Commission on Elections or Comelec. The justices ordered the case to the Comelec to find out the qualifications of each party-list groups according to the revised standards formulated by the Court.

Kabayan Party List Rep. Ron P. Salo said there’s a need to strengthen the party list system for the underprivileged and underserved sectors to have their part in lawmaking.

He said the author of the Universal Health law was a member of their Party List, and now presidential spokesperson Harry Roque.

From another academician, Dr. Chester Cabalza, a lecturer on Anthropology said the party list evolved from the notion of representing the neglected sectors of society but political elites have made their presence felt in the House of Representatives.

He added the millennials or Generation Z do not have a clear view of the party list system as the “culture of apathy” has affected young voters.

“The millennials ask questions of the politicians qualifications. They say they have studied hard but we are made to choose among candidates who have not even had formal schooling,” he said.

Prof. Cabalza said the political landscape has not changed at all because the rich and influential from the Spanish times are still very much present. He explained while there are young and promising politicians in the landscape, they happen to be more of the exception rather than the rule.

But all the talk of political dynasties and how to put an end to it may lead nowhere as President Rodrigo Duterte himself said so.“Ayaw ko ng dynasty, but we are forced,” he told his audience during the 44th Philippine Business Conference and Expo in Manila on October 18,2018.

“Ako, ayaw ko na. I’m 73 years old. But ako, I could not see Davao go back in shambles. So I insisted on my daughter kasi kaya niya,” he said. He called on people critical of political dynasties to conduct a survey on Davao residents how they view dynasties.

He said people in Davao City ask them to lead. President Duterte’s daughter Sarah sits as city mayor, his youngest son, Sebastian is Vice Mayor while his other son Paolo is an elected Congressman representing Davao City’s First Congressional District.

He simply said “That’s politics.” In the end, it’s the people who vote officials into office. (Melo M. Acuna) 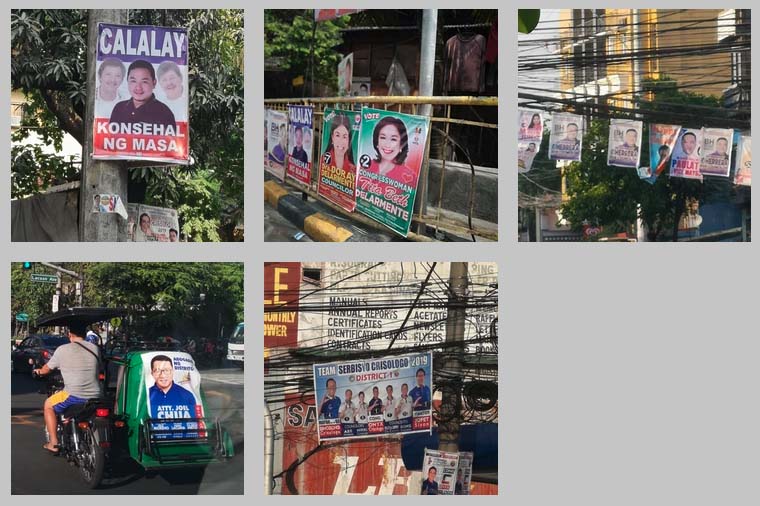