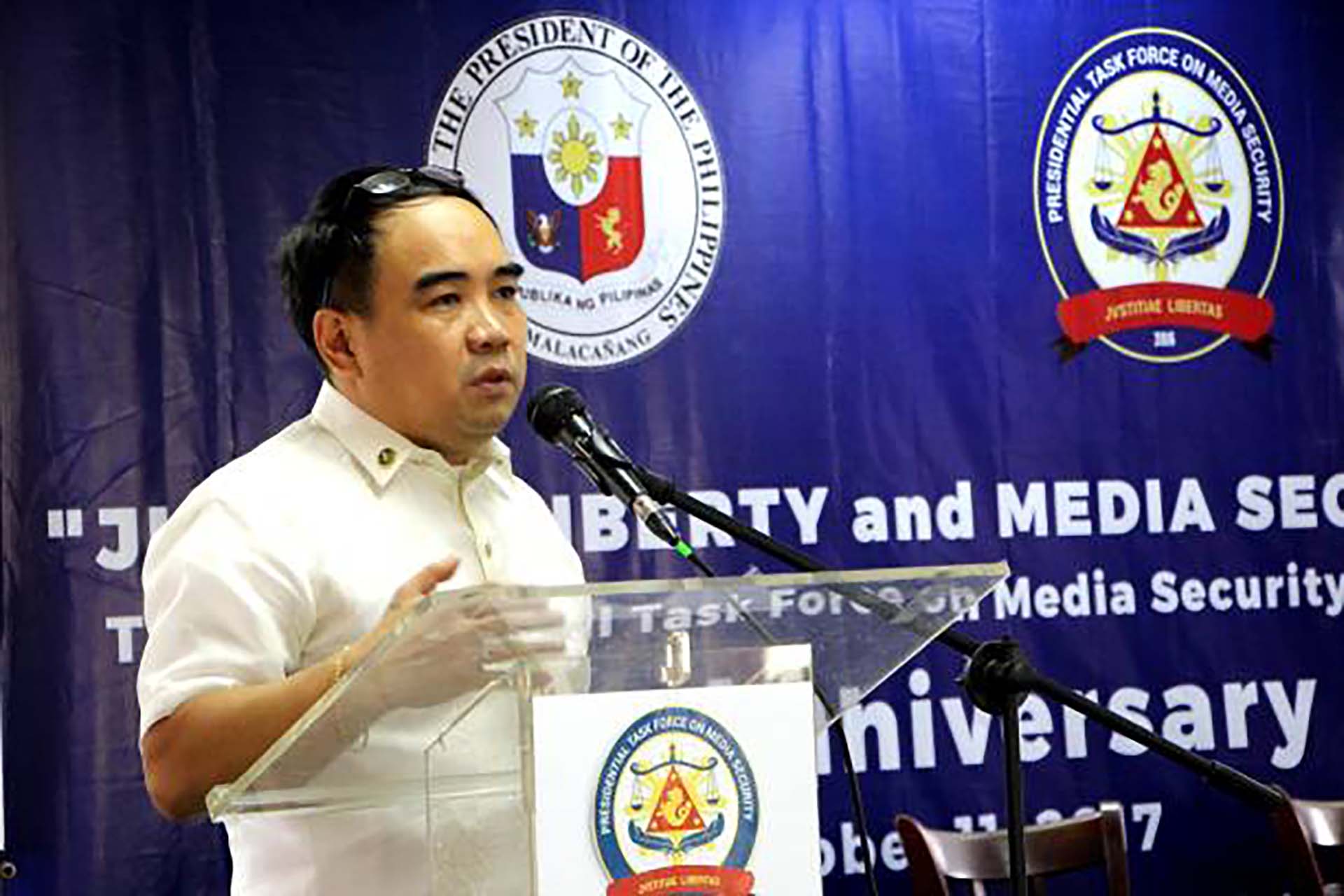 MANILA — The head of the Presidential Task Force on Media Security (PTFoMS) on Thursday said it supported the Office of the Solicitor General (OSG) in initiating an investigation to find the “stench” with regard to the Court of Appeals’ (CA) decision to release former Palawan Governor Joel Reyes from detention due to insufficiency of evidence in the Ortega murder case.

Solicitor General Jose Calida on Tuesday said the appellate court’s decision to clear Reyes of charges for allegedly ordering the murder of radio host and environmentalist Dr. Gerry Ortega “stinks” and that he would conduct an investigation to “find out where the stench came from.”

He pointed out that the OSG was one of the member agencies of PTFoMS, an inter-agency task force created under President Rodrigo Duterte’s Administrative Order No. 1 (AO 1) for the purpose of monitoring all cases of media killings and mobilizing all member agencies in order to attain justice for the family of slain journalists and media workers.

“The PTFoMS will do all within its powers and will perform all legal and appropriate actions and ask our media partners … for support in order to find out where the stench really came from with regard to the release of former Governor Reyes to the detriment of a slain journalist,” Egco said.

He said the belief that the decision stinks was also shared by the Ortega family and their lawyers during their meeting following the CA decision.

Their belief is rooted on the previous Supreme Court decision upholding the jurisdiction of the lower court in determining probable cause, and that the CA justices who voted for the release of Reyes may be held administratively liable for going against the SC.

“So ito iyong nakikita namin na possible. I’m not saying that this is going to happen. But it depends on the interested parties, in this particular case specifically the family. Kung gusto nilang mag-pursue, may interes sila sa kaso. They may do so. But we are of that belief,” Egco said.

In the meantime, the Palace official said the CA decision is an “unwelcome development,” calling it “a nightmare from where we all should wake up.”

“It sets a bad precedent to cases of similar nature. It sends a chilling effect not only to the families of victims but even to us, to those at the frontline against the problem of media killings,” he said.

As such, the head of the task force on media security said that he had already prepared a formal request for Calida to take charge and find way to effectively reverse the CA decision.

“We give our full trust and confidence to the office of the Solicitor General to effectively seek a reversal of this nightmare… of this, according to (Presidential Spokesperson) Secretary (Harry) Roque in the past few days, which is a travesty of justice,” he said.