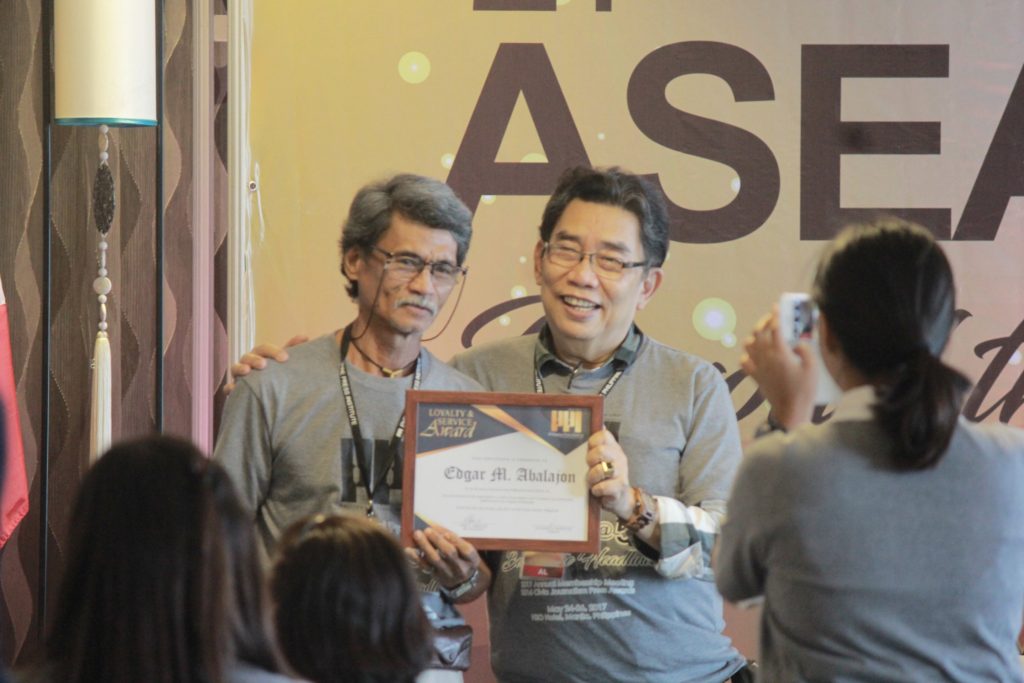 On its 53rd founding anniversary last May, the Philippine Press Institute, also known as the national association of newspapers, recognized two employees of its secretariat for their length of service, commitment and exceptional performance. Edgar M. Abalajon began working in 1988 while Nemy S. Joquino started in 1989.  Both saw the growth of the institute after its revival in 1986.  Special plaques of appreciation were awarded to them by chairman-president Alfonso G. Pedroche at H2O Hotel in Manila. 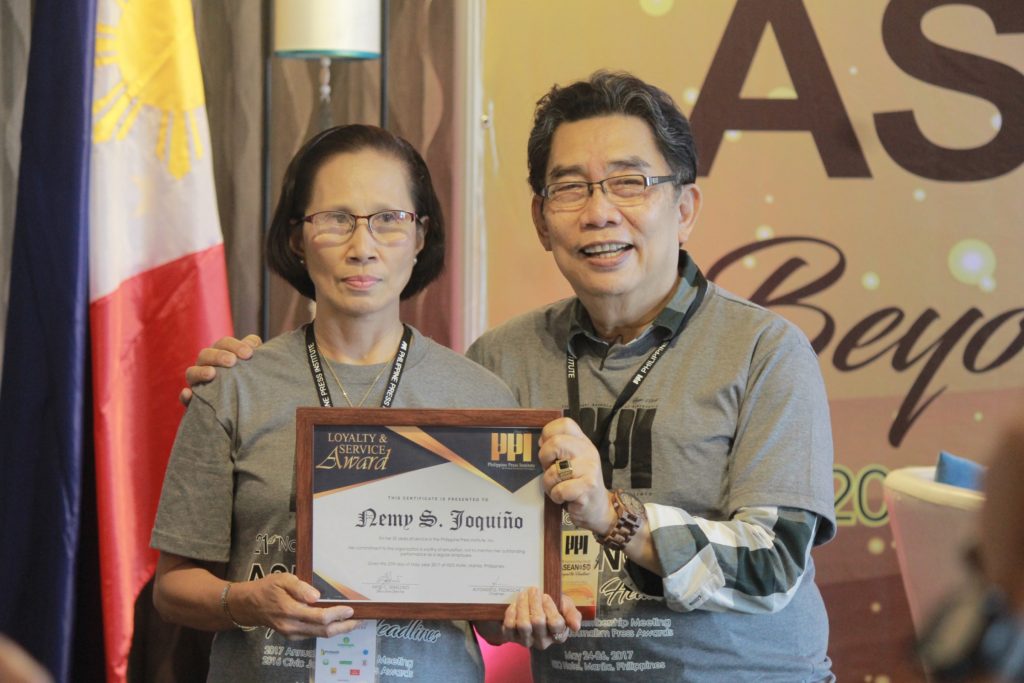