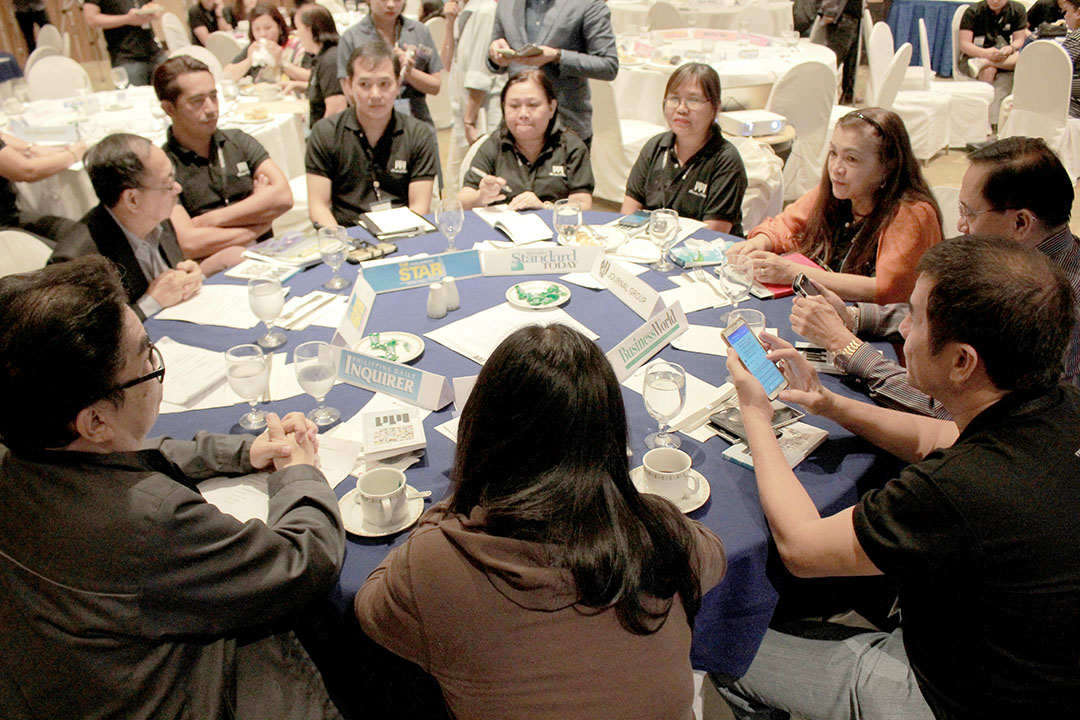 Marking its 52nd anniversary as the country’s premier association of newspapers, the Philippine Press Institute (PPI) elected a new board of trustees on Wednesday, June 22, at its Annual Membership Meeting at Century Park Hotel in Manila.

Alfonso Pedroche, editor-in-chief of Pilipino Star Ngayon, was elected chairperson-president, taking over the reins from Jesus Dureza, who is set to join the Duterte administration as Presidential Adviser on the Peace Process.

Other elected members of the Board of Trustees are Salvador Diputado of Bohol Times as vice chairman; Joenald Rayos of Pahayagang Balikas as treasurer; and Amalia Cabusao, editor-in-chief, of Mindanao Times as secretary.

The membership meeting marked the opening of PPI’s two-day 20th National Press Forum, the theme of which is “Understanding the Disputes in the West Philippine Sea,” with Senior Justice Antonio T. Carpio as guest of honour and speaker, who will address the PPI members and guests on Thursday, June 23.

Also making up the new board are Allan Mediante of BusinessWeek Mindanao, Adrian Amatong of Mindanao Observer, and Cabusao as trustees for Mindanao; Maria Fajardo of Panay News, Queenie Bronce of The Freeman, and Diputado for the Visayas; while Sonia Daoas of Cordillera News Agency and Rayos are trustees for Luzon.

Speaking before editors and publishers of community newspapers across the country, outgoing chair Dureza, poised to join the new administration, formally bade goodbye to PPI. He was quick to add, however, that he was not delivering his “swan song” yet, expressing his desire to go back to the media, as he had done in the past after serving in government.

He was the press secretary under former President Fidel Ramos’s administration and peace adviser to former President Gloria Arroyo, a role he will reprise in the incoming Duterte government.

At the PPI members’ meeting, Dureza reported the association’s accomplishments, during the final year of his three-year incumbency.

These include the implementation of several programs such as training-workshops on elections, environment, and sustainable construction reporting in the three regions, which were organized in partnership with several organizations, including Nickel Asia, Oceana and Holcim Philippines.

In his remarks, Pedroche pledged to continue PPI’s commitment to improving the quality of community journalism in the country, saying “good and honest journalism” must be the hallmark of media’s work.

Following the election of the new board of trustees, PPI members discussed issues affecting them, including the challenges arising from the court accreditation for the media prior to the publication of judicial notices.

Presidential Decree No. 1079 provides the rules and regulations for accreditation for the publication of judicial notices and court advertisements.

The new leadership agreed to create a special committee to look into issues raised during the PPI members’ meeting.

Aside from Justice Carpio’s speech on the West Philippine Sea, the second and final day of the annual PPI forum will also be highlighted by the announcement of winners of the 2015 Annual Civic Journalism Community Press Awards.