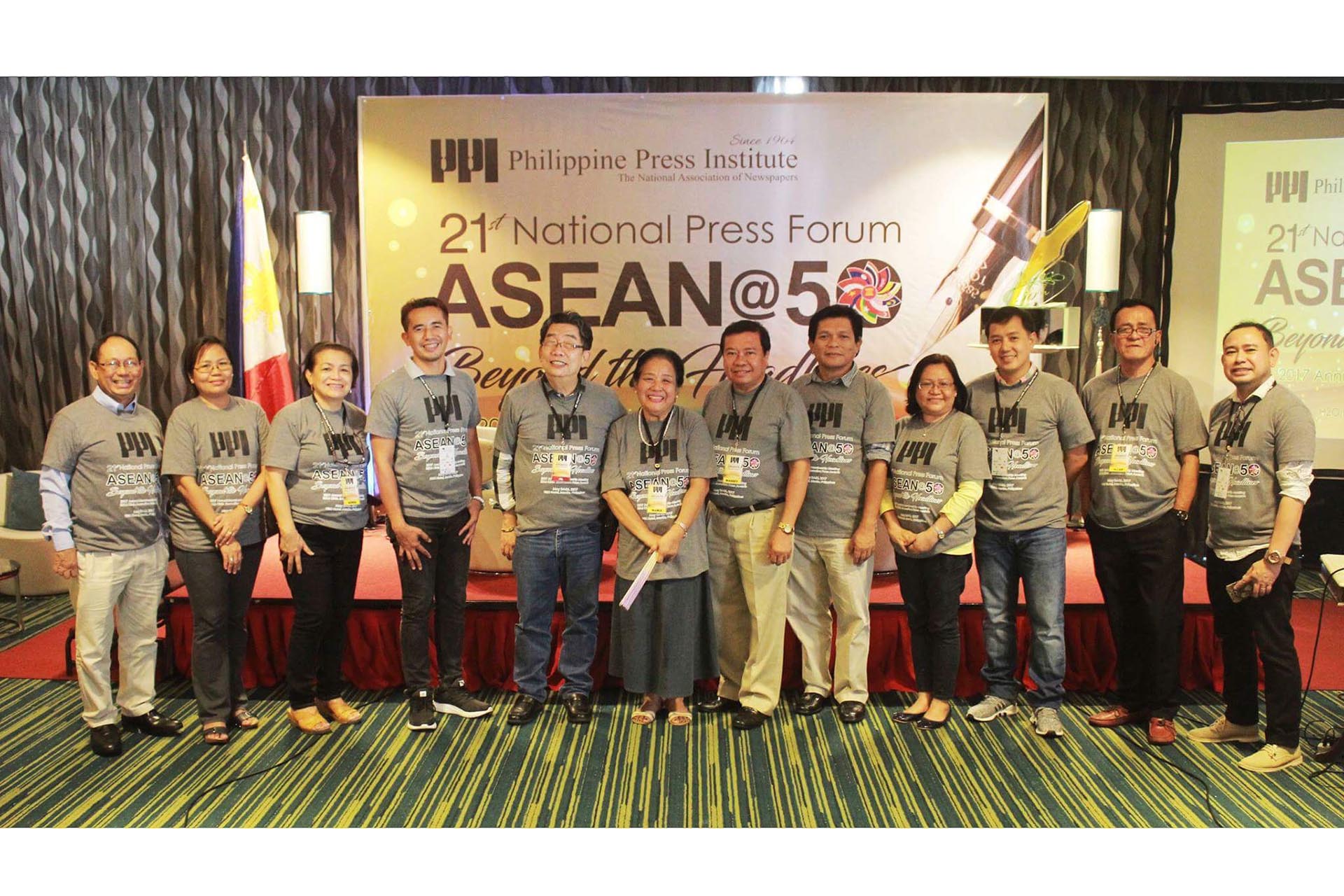 Marking its 53rd anniversary as the country’s premier association of newspapers, the Philippine Press Institute (PPI) elected a new board of trustees on Tuesday, at the opening of its two-day annual press forum in Manila.

The election was held during PPI’s annual membership meeting, one of the highlights of the yearly event, held at H2O Hotel at the Manila Ocean Park.

The commemorative press forum, now on its 21st year and which will conclude tomorrow, May 26, is themed “ASEAN@50: Beyond the Headlines.” As in previous years, it bringst together representatives of PPI’s member publications, comprising mainly community newspapers and a number of national dailies.

Mediante was elected to take over the post vacated by Atty. Salvador Diputado as vice-chairperson of the PPI Board and who was one of the trustees for the Visayas. Diputado is now the regional executive director of the Department of Agriculture (Region VII). Cabusao and Rayos remain secretary and treasurer, respectively, of the PPI Board. 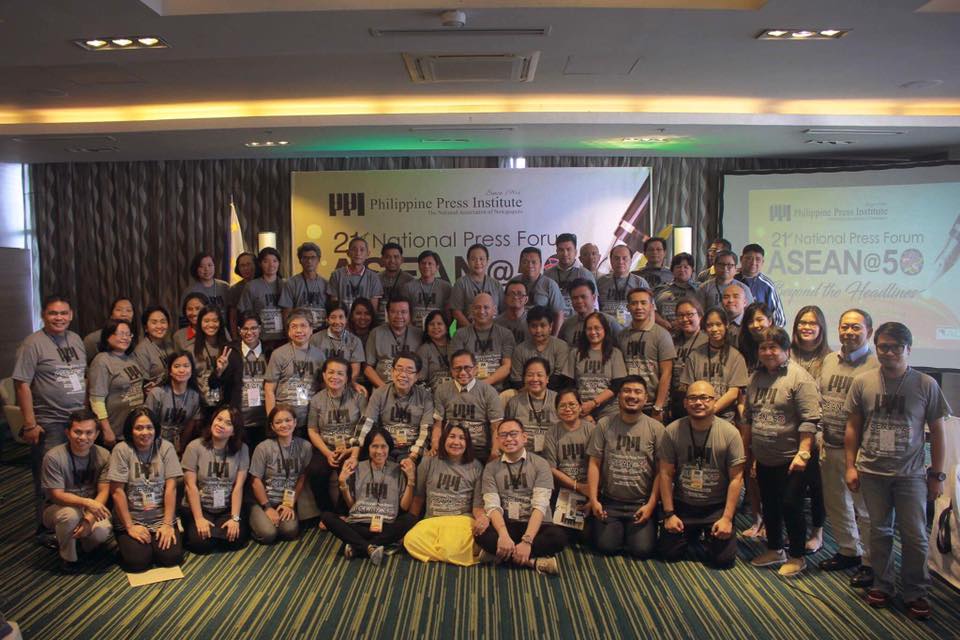 Publishers, editors, and other representatives of PPI’s member publications pose for a group shot at the opening of the 21st Annual Press Forum on May 24 at H2O Hotel at the Manila Ocean Park.

Ambassador Rosario G. Manalo is this year’s keynote speaker of the PPI annual press forum. She, along with an ethnic Karen journalist from Myanmar, will address the PPI members and guests on Thursday. The annual Civil Journalism Awards will also be given out on the final day of the PPI press forum.