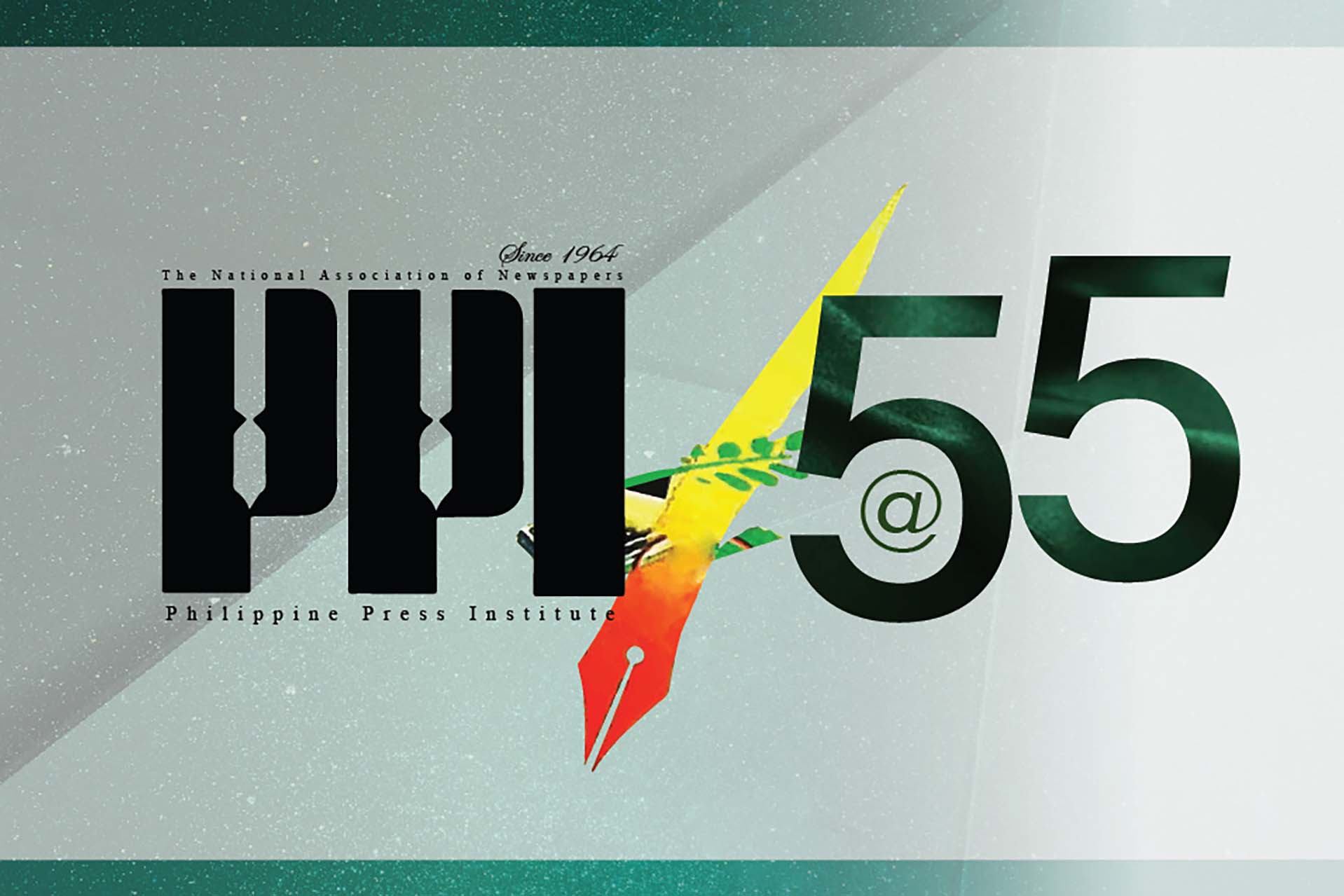 This year marks the 55th anniversary of the Philippine Press Institute (PPI), also known as the national association of newspapers. This milestone serves as a testament to the enduring two-pronged vision of PPI: 1) To defend press freedom; and 2) to promote ethical standards within the ranks of its member-publications.

“We do not only celebrate its longevity but remind ourselves of its relevance and mandate,” said Alfonso Pedroche, outgoing PPI chairman-president and retired former editor-in-chief of Pilipino Star Ngayon.

As in previous years, PPI is holding yet another edition of the National Press Forum on July 4 and 5 in Manila, not only in celebration of its founding but, more importantly, to bring together the members in a once-a-year opportunity to engage in meaningful discussion on an issue that matters to the public and all of the Philippine media. The publishers and editors from the member-newspapers will be joined by guests from the academe, government, embassies, and civil society organizations.

“We couldn’t stress enough the role of the print media. PPI in fact has been a witness and participant in the evolving media landscapes which also saw the growth of community press since the inception of the organization fifty-five years ago,” said PPI executive director Ariel Sebellino. He also attested that newspapers have survived the tests of time.

Alex Pal, a publisher of a Dumaguete-based community newspaper and PPI vice-chairman said that it is even more challenging for a small paper to sustain its operations despite difficult times. “The last time they said print was dying, we’re still here, active in our role as catalysts for change and a platform for civic engagement.” His weekly newspaper MetroPost is a finalist in this year’s Civic Journalism Community Press Awards. 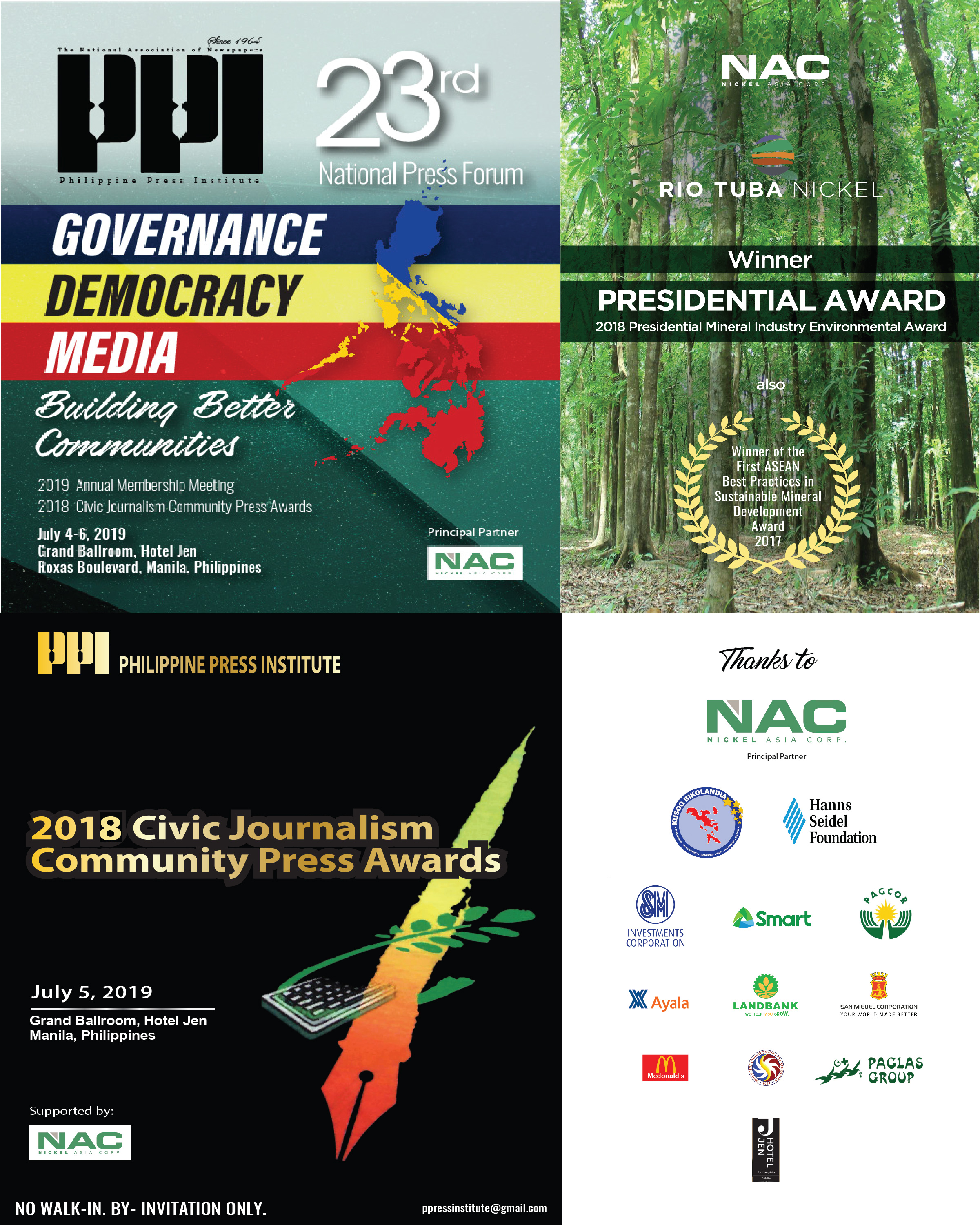 The PPI Board took note of this year’s conference theme as timely and relevant “as we also try to have an insightful look at a new system of government that has been a subject of discourse for the longest time”.

Senator Aquilino ‘Nene’ Pimentel, Jr., considered as the father of local government code and a staunch advocate of federalism will share his take on it. Atty. Christian Monsod will discuss the (proposed) Puno Federalism in relation to preserving democracy and promoting press freedom. “Social justice and economy are just two of the major shortcomings of the Puno Constitution,” said Monsod in response to the PPI invitation. Atty. Erwin Caliba will talk about autonomy as a mechanism to address exclusion of minorities. Atty. Cheryl Daytec-Yañgot, a staunch advocate of IP issues, will react to all three presentations.

This year’s event is being supported again by Nickel Asia Corporation as its principal partner for the conference and awards, and in part by Kusog Bikolandia and Hanns Seidel Foundation as major sponsors, SM Investments Corporation as minor sponsor, Smart Communications, PAGCOR, Ayala Corporation, Land Bank of the Philippines, San Miguel Corporation, PAGLAS Group, McDonald’s, PCSO, and Hotel Jen.

PPI’s current program partners, led by Nickel Asia Corporation will take center stage in the Industry Forum as they talk about “engaging communities” in relation to their programs and advocacies in the communities they serve.

The awards program, the only one of its kind by far, is being managed by the Asian Institute of Journalism and Communication (AIJC) and supported by Nickel Asia Corporation (NAC).