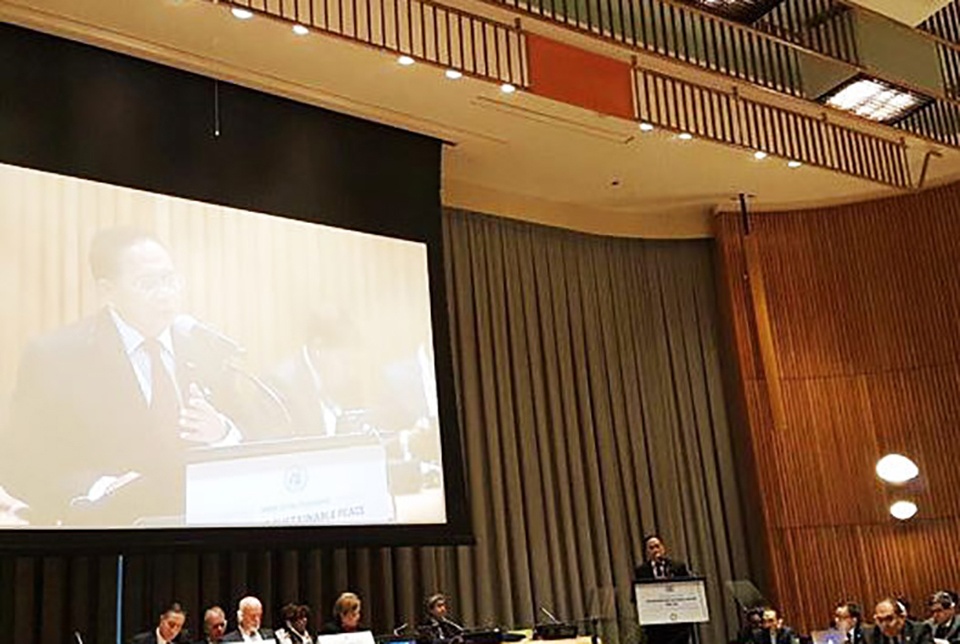 Under instructions from Malacanang, presidential peace adviser Jesus Dureza flew from Rome, where the peace negotiations with the Communist Party of the Philippines/New People’s Army/National Democratic Front (CPP/NPA/NDF) are still ongoing and spoke on the current status of the Philippine peace process at the UN.

The high-level dialogue was convened by the UN General Assembly President for the UN’s 71st session on “building sustainable peace for all” last January 24 (January 25, Philippine time).

In his opening statement, he expressed the warm greetings of President Duterte and of the Filipinos to the world leaders present.

Speaking impromptu to the assembly, Dureza described the status in the ongoing peace talks with the CPP/NPA/NDF in Rome and with the Bangsamoro where development to improve the lives of the people on the ground is crucial.

He cited the contributions of other international partners including Norway and Malaysia in the Philippine peace process.

He mentioned the tremendous human, social and economic costs of conflict. He called attention to the growing intolerance and the emergence of violent extremism today.

The previous day, Dureza spoke in a forum where the Philippines and Colombia peace processes were featured highlighting lessons learned and best practices. Norway is a key player as facilitator in both peace processes.

Dureza is now en route back to Rome for the closing part of the peace talks there. ###