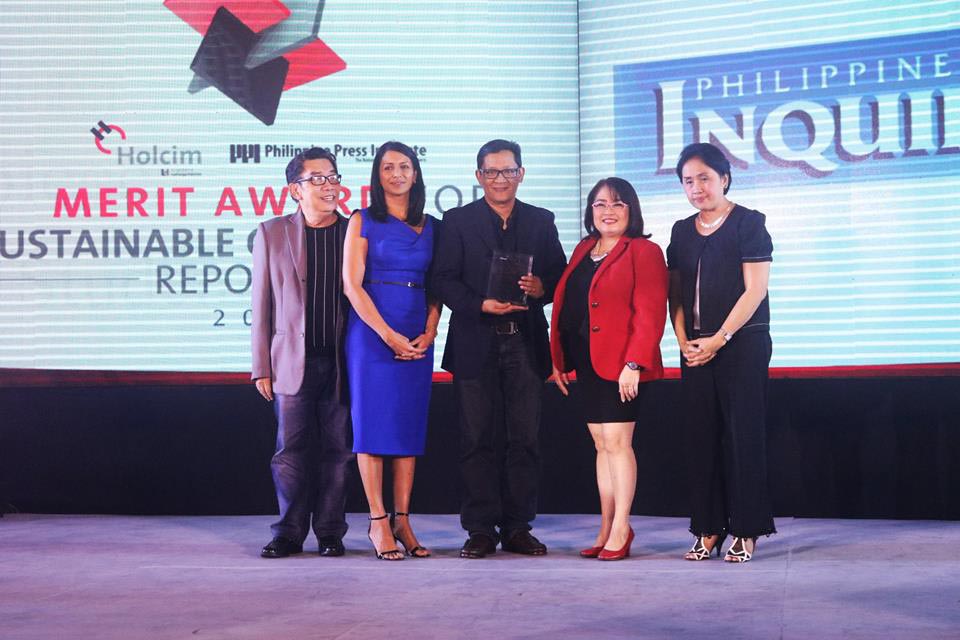 The Philippine Daily Inquirer and The Mindanao Observer emerged as the biggest winners in this year’s Journalism Awards for Sustainable Construction Reporting (JASCOR), an annual recognition jointly given by the Philippine Press Institute (PPI), the country’s biggest association of newspapers, and global construction solutions company LafargeHolcim Philippines. 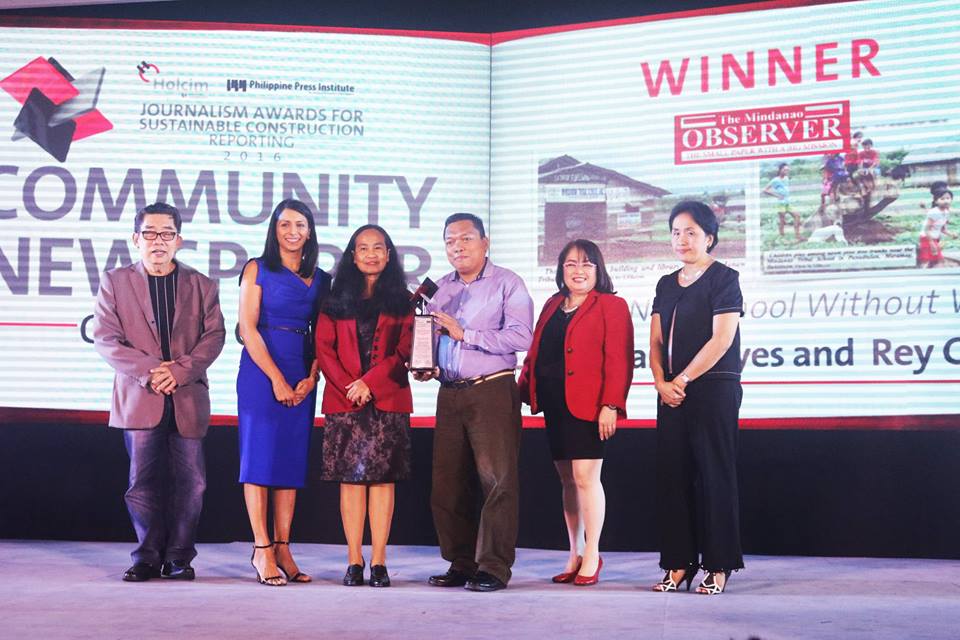 Inquirer’s “Climate Change Revives ‘Natural Building’ of Houses” bested two other finalists in the national newspaper category. The reporter, Yolanda Sotelo, received a cash prize of P50,000 for her winning story, which was published on February 3, 2016. 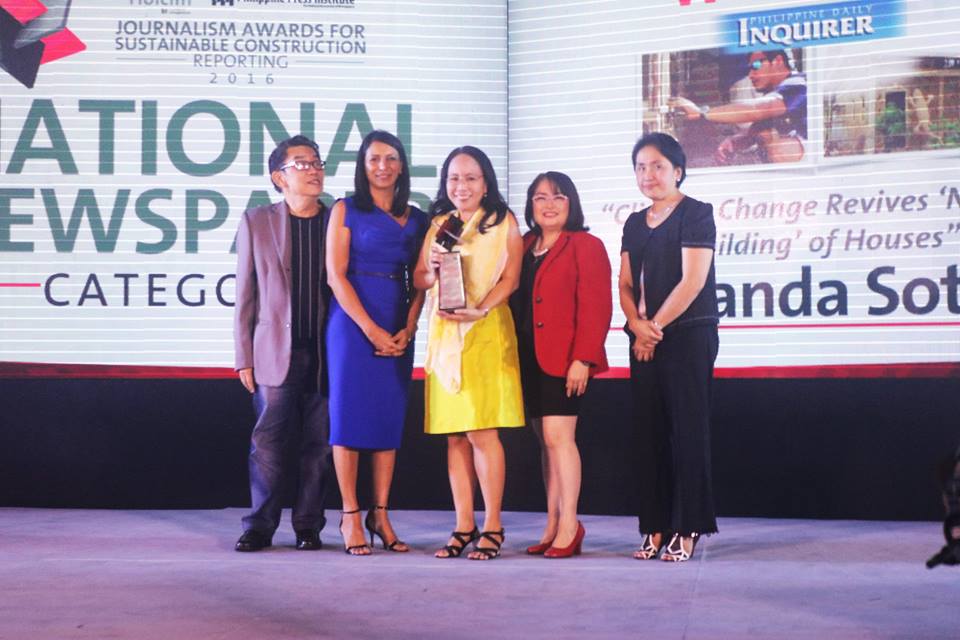 Each of the two top winners took home a cash prize of P50,000 and a plaque. The other finalists in both categories each received a consolation prize of Php10,000.

The awarding was held at Dusit Hotel in Makati City.

The Inquirer received the Merit Award for Sustainable Construction Reporting and a cash prize of P75,000 for having the most number of finalists this year, sweeping the national newspaper category.

According to LafargeHolcim, one of the world’s leading suppliers of cement and aggregates, sustainable construction is “building in a way that is socially, economically, environmentally, functionally, and aesthetically balanced to meet today’s needs and to conserve resources for future generations.”

Now on its third cycle, JASCOR is the first and only one of its kind in the Philippines. For this year’s awards, JASCOR’s boards of screeners and judges evaluated stories published from Aug. 1, 2015 to July 31, 2016.

Following is a list of the JASCOR finalists in national and community newspaper categories: