National effort to address safety of journalists in the Philippines off to good startPhilippine Press InstituteNovember 11, 2018October 24, 2020 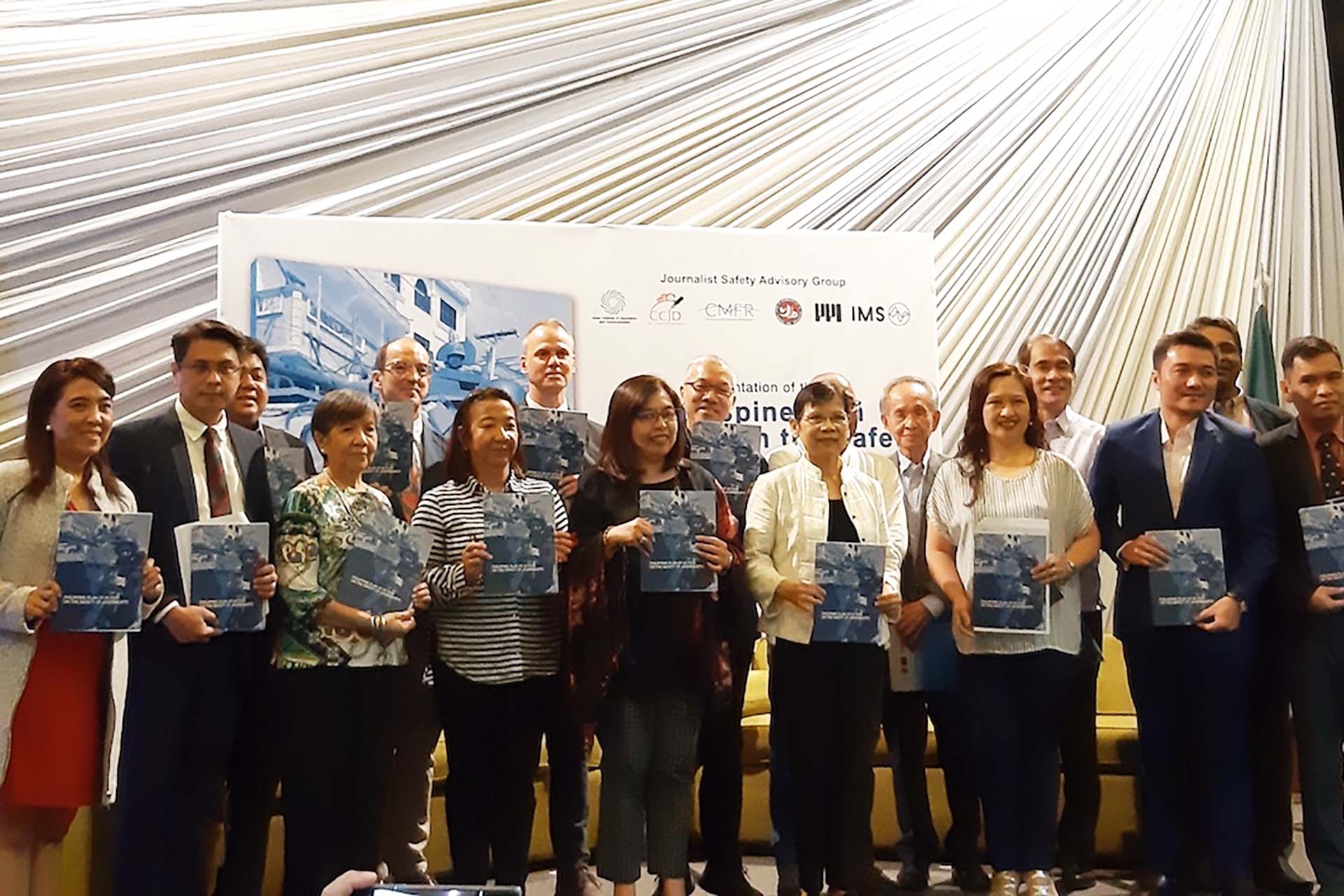 The first national multi-stakeholder consultation on the crafting of a Philippine plan of action on journalist safety took place in Manila on 7 November where civil society, government officials, media and academia gathered to improve the safety of journalists in the Philippines.

The meeting saw active participation of more than 80 representatives from 48 civil society, research agencies, media organizations and government institutions, indicating broad support for solving the challenge of safety of journalists.

“This meeting provided us with an opportunity to break down walls between our respective sectors – between civil society organizations, media and government – toward working together on a joint Philippine plan of action on the safety of journalists,” said Ramon Tuazon, president of the Asian Institute of Journalism Communication (AIJC), which organized the meeting with International Media Support (IMS).

The need for a joint national effort is underscored by the Philippines’recent ranking as fifth in the 2018 Global Impunity Index by the Committee to Protect Journalists. Since 1986, 157 work-related journalist deaths have been recorded by the Center for Media Freedom and Responsibility (CMFR), and there are constant reports of cyber bullying, online hacking, and verbal threats. Moreover, a climate of impunity for crimes against journalists exists despite both government and civil society initiatives to address the situation.

“What makes journalism such a dangerous profession in a country like ours, with our long history of relatively stable–if not always democratic–governance, facing a few comparatively minor attempts at sustained insurrection, is impunity,” said Lila Ramos Shahani, secretary general of the Philippines National Commission for UNESCO in her opening address.

The meeting was an opportunity to have an overview of the many individual initiatives taking place to address the safety of journalists across the country within areas such as advocacy and policymaking, monitoring and reporting journalist violations, building the safety skills of journalists, and mapping existing research and data on journalist safety in the Philippines.

“It is these single initiatives that now must come together to complement another to form a holistic approach in the shape of a national Philippine action plan. And they should address not only protection, but also prevention and prosecution,” said Lars Bestle, IMS head of department for Asia.

In 2017, IMS released a global study Defending Journalism on best practices of national safety mechanisms in seven countries. Among other issues, the study emphasizes that the real impact of a national safety mechanism relies on the commitment of a broad coalition of media stakeholders from across sectors, from national and international civil society organizations to media and government.

Such commitment was demonstrated at the Philippine plan of action consultation meeting on 7 November, according to several participants who commended the positive attitudes displayed by fellow participants from government, law enforcement and media and press freedom organizations.

“I believe this meeting was important for both the career officers of the law and journalists who attended, as they were exposed to one another in a new and different setting and listened to one another’s perspectives,” said Melinda Quintos de Jesus, executive director of CMFR, also speaking as a representative of the Journalist Safety Advisory Group (JSAG) that advises the national safety plan process.

“On a daily basis, interaction between these two groups is adversarial. This meeting allowed both parties to [show] a positive attitude toward working together to improve the safety of journalists and will thus ease the way of developing partnerships as the process moves forward. Now, however, the most important thing will be to ensure proper follow-up of the consultations by all those involved,” de Jesus said.

Jay C. De Castro, legal consultant of the Presidential Task Force on Media Security (PTFoMS), was also of the opinion that the meeting had great value in bringing together media stakeholders.

“It was helpful to share information and to receive suggestions on how we can boost our efforts in PTFoMS, for example with a hotline for journalists. This joint process will be an opportunity to strengthen the work already being done by PTFoMS. I hope that we can meet again soon with all stakeholders to thresh out a joint plan of action on the safety of journalists,” he added.

Plans for driving the process forward in developing the envisioned “Philippine Plan of Action on the Safety of Journalists (PPASJ)” are already in the pipeline. Regional consultations with media stakeholders across the country will take place over the next 12 months in Luzon, Visayas and Mindanao. The aim is for all consultations to feed into a draft plan of action on safety which will be presented at the second national consultation towards the end of 2019 for enrichment and validation.

The Philippine Plan of Action would be the first of its kind in ASEAN.

The multi-stakeholder consultation meeting was organized by AIJC and IMS.