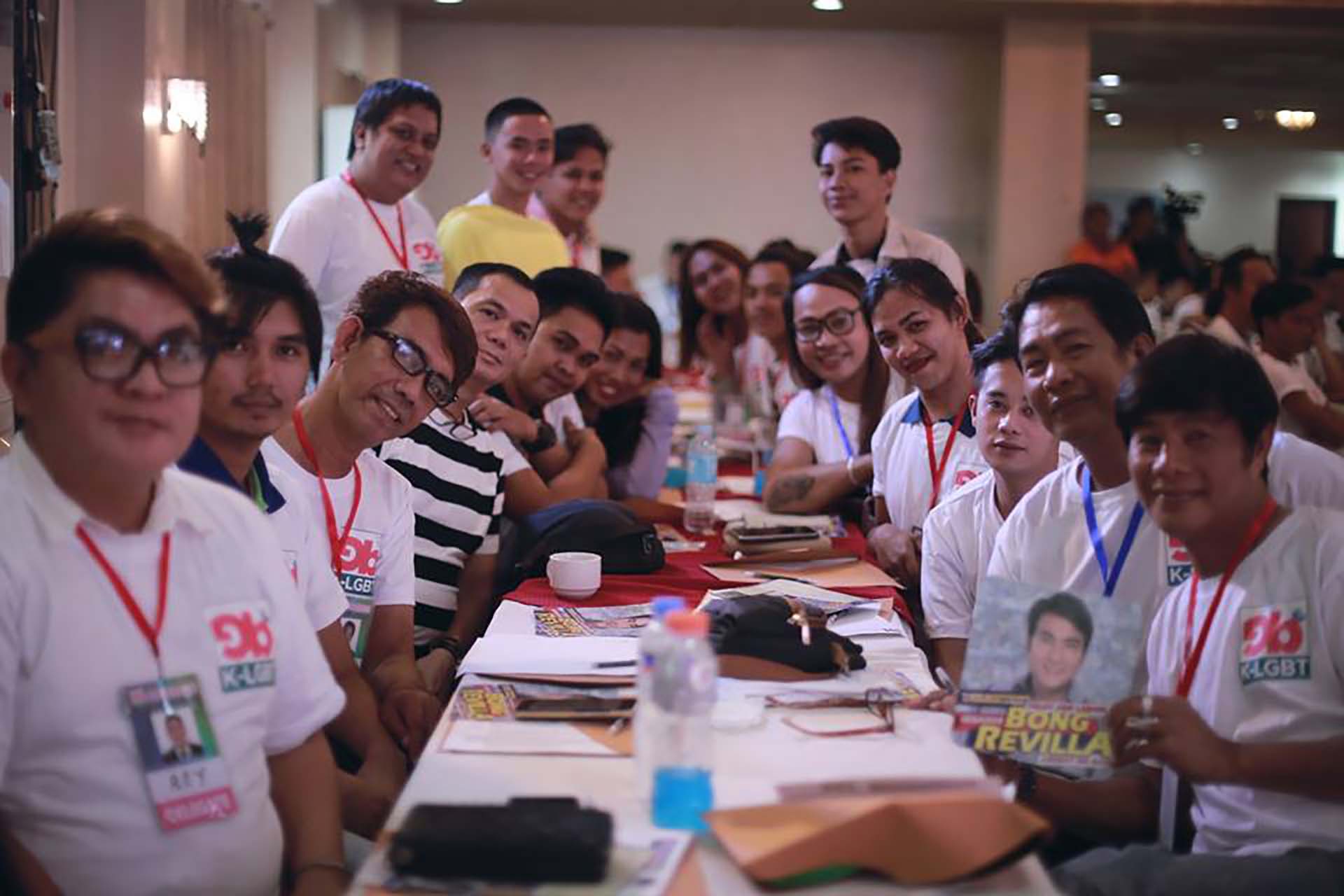 In a low key but moving ceremony, members of the LGBTQ (Lesbians, Gays, Bisexuals, Transgenders and Queers) community from various organizations in Bicol Region marked the World AIDS Day with the theme “Know Your Status” as they also called on the Department of Health (DOH) to conduct the HIV-AIDS screening quarterly instead of yearly.

LGBTQ member and registered nurse Mylene Capin said, that if the screening is only done yearly, it might be too late for the person who is infected or afflicted with the disease to recover.

Speaking on behalf of the 179 attendees who were mostly lesbians, gays, bisexuals and transgenders who formed the ‘human ribbon’ during the symbolic candle-lighting as  closer of the first Bicol-wide LGBT congress in Legazpi City on December 1, she challenged Filipinos to get tested, and for victims and survivors to avail of the government’s health services.

In Bicol alone, the Health Department recorded over 200 cases of HIV-AIDS from January to September 2018.

The DOH Epidemiology Bureau recorded that the 229 cases to date were higher than 226 cases it recorded in the same period last 2017.

Philippine Red Cross (PRC) volunteer and political science student at Bicol University Sydney Joseph Torrenueva said that as a volunteer he had already undergone various seminars on HIV-AIDS.  Through his engagement with the PRC  as a concerned citizen, he is able to share his knowledge to other students in his university by conducting information drive. 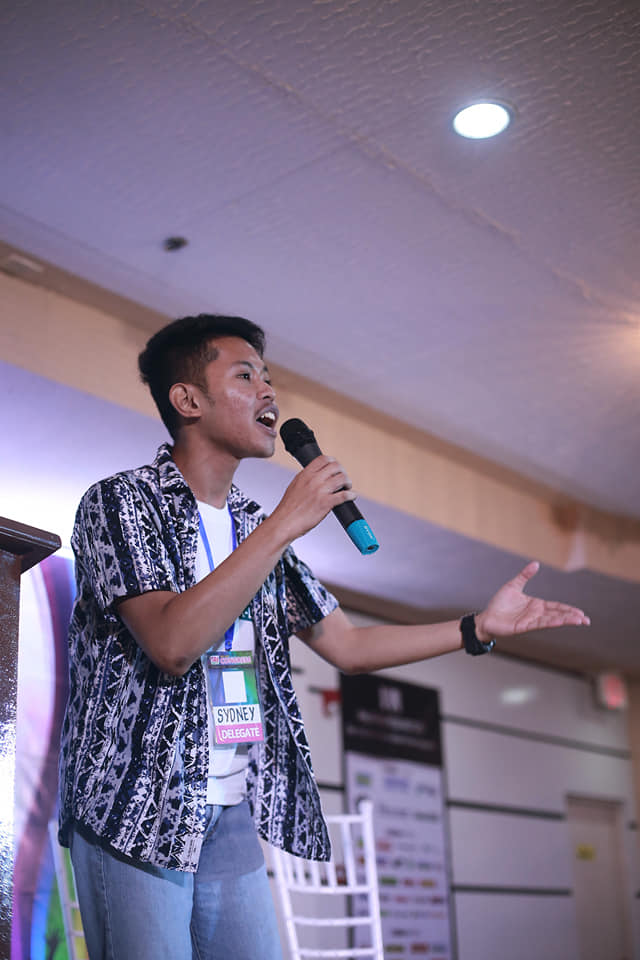 Meanwhile, members of the LGBTQ strongly support the passage of the Sexual Orientation and Gender Identity and Expression (SOGIE) bill.

House Bill No. 4982 or “An Act Prohibiting Discrimination on the Basis of Sexual Orientation or Gender Identity or Expression and Providing Penalties Therefore” is considered the first of its kind in the Philippines. Other anti-discrimination bills have been filed in the past, but these were never SOGIE-specific, lumping the lesbian, gay, transgender, bisexual, and queer sector with others such as the differently abled or the indigenous groups.

“It’s high time to legislate a law that will protect the rights of the members of the LGBTQ community,” said Albert Abitan, regional chairman of LGBTQ Pilipinas-Bicol during the first LGBTQ congress.

Currently, SOGIE Bill which aims to protect members of the LGBTQ against discrimination is now on the 3rd and final reading at the House of Representatives.

Resource person Kate Aventajado from the Department of Justice (DOJ) emphasized during the gathering that all people have inherent human rights that the State should protect regardless of sexual orientation.

“My right is your right. We are all equal. Our Constitution guarantees our human rights. Ang mga karapatang pantao ay inherent sa atin, it is not necessarily defined by our legislation,” said Aventajado. 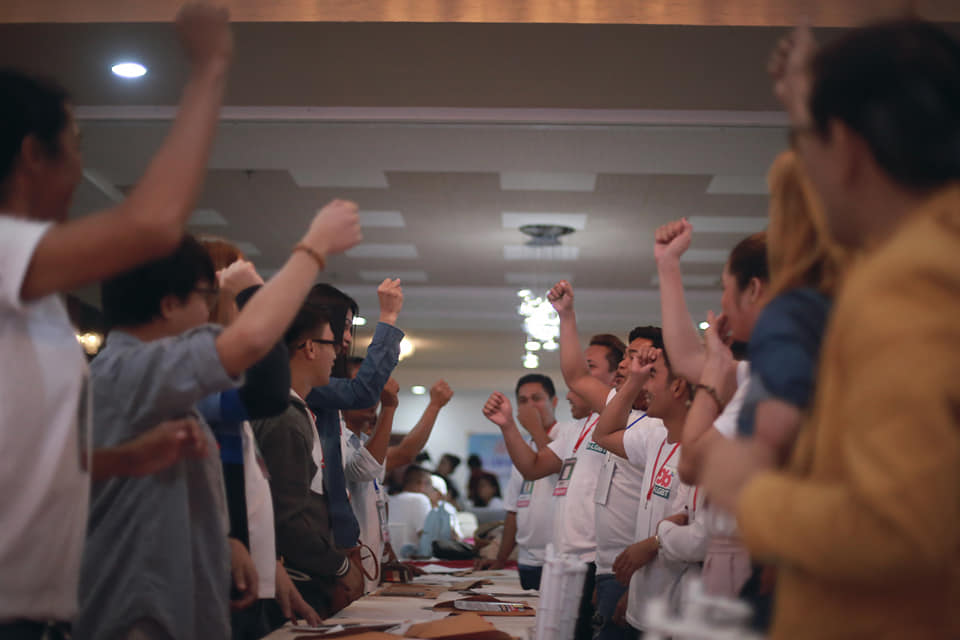 Human rights do not discriminate. “That before we engage in community building, one should learn his or her rights so that we can demand them from duty bearers. When we are empowered we can make those people who are accountable under the force of law,” she added.

The law may not discriminate the LGBTQ members on the basis of basic human rights as constitutionally-enshrined. But such treatment is different in media.

Seasoned journalist Malen Catajan, a senior reporter of Baguio-based Sun.Star Baguio said that at least on her part she is giving extra caution if and when the subject of the story is a member of the LGBTQ community.

She stressed that it is not necessary for the media to mention sexual preference in the news. And that there is a need to create media  guidelines for stories involving LGBTQ to protect them against discrimination and further public humiliation.

Bacoor City Mayor Lani Mercado-Revilla on the other hand, shared the local policies they implemented for the protection of the rights and welfare of the LGBTQ community in her city.

In Bacoor City, Mercado established the Social Hygiene Clinic (SYC) that caters to all residents who want to be tested with HIV-AIDS.  She wants it replicated in other cities in the province of Cavite. “If I’m not mistaken Bacoor has high incidence of HIV cases but these people get to access our health programs and participate visibly in the affairs of our city.”

Meanwhile, Maricel Banzuela from DOH-Region V discussed the health services that the government is offering for the adolescents who members of the LGBTQ in the region. “They are the most vulnerable and need to be educated the most,” she said, citing alarming cases which are in the ages 15-24 bracket.  “Pabata nang pabata ang mga na-iinfect.” 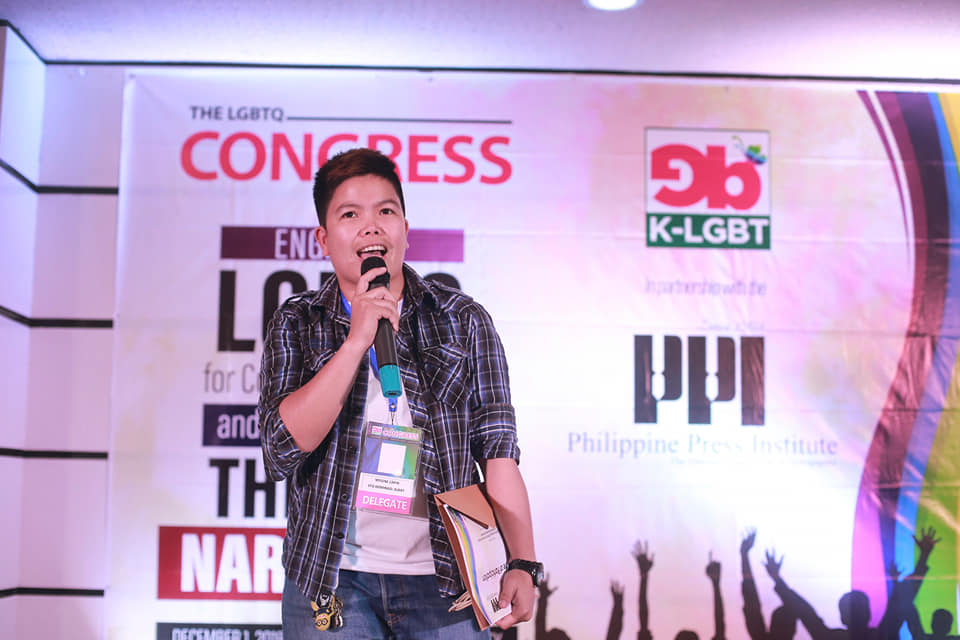 The first LGBTQ Congress was organized by Kusog Bikolandia (KB)  founder and chairman Noel De Luna and facilitated by the Philippine Press Institute (PPI), to address issues and concerns of the LGBTQ community.  “We need to send a strong message across and that is to inform them of their rights and privileges under the law,” said De Luna who also challenged legislators and prospective advocates to champion LGBTQ causes and advocacies.

The other highlight of the event was the group activity which required the participants to propose programs and interventions for their sector.  “You are not a special lot but you deserve to be heard. It’s only you who can charter your own course.  And that is your right,” said Joenald Rayos, PPI trustee for Luzon and publisher of Batangas-based Ang Pahayagang Balikas.  (Lottie Salarda and Ariel Sebellino, PPI)