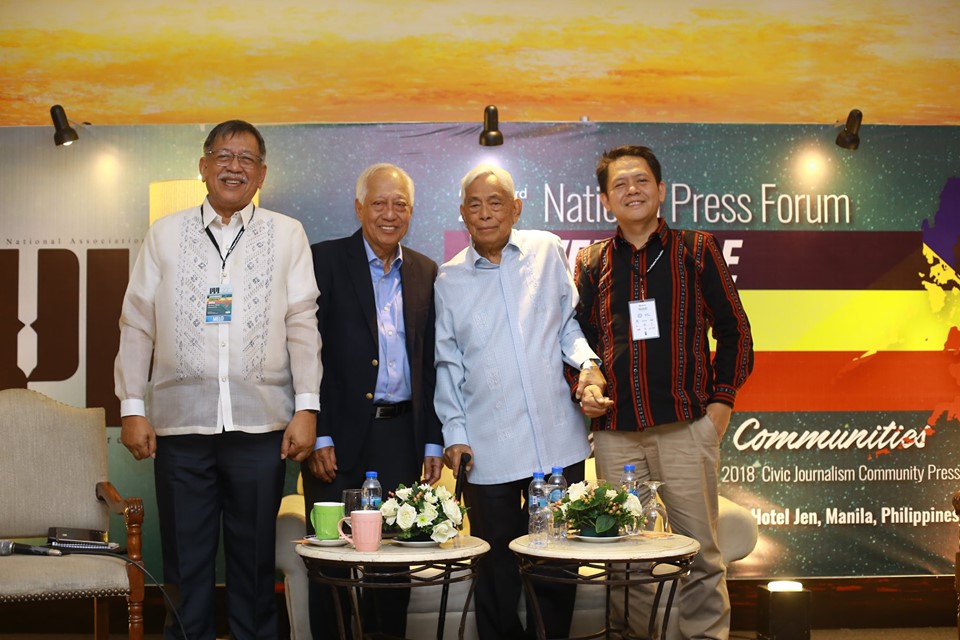 As the country gears for a possible shift to a federal form of government, former Senate President Aquilino Pimentel Jr. underscored the important role that media has to play in ensuring that Filipinos make an informed choice on the issue.

Pimentel, a member of the consultative committee tasked by President Rodrigo Duterte to propose changes to the 1987 Constitution, acknowledged that many Filipinos still do not understand the concept of federalism. 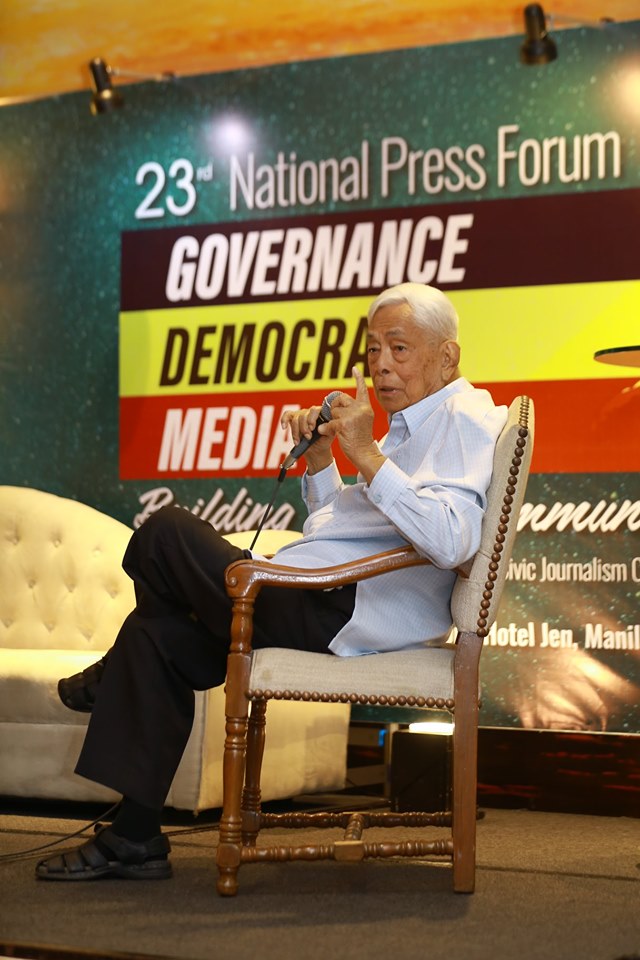 “This is why we need the media to play its role of educating our people. We need a free media to ensure that the dissemination of information is not controlled,” he said in his keynote speech during the 23rd National Press Forum of the Philippine Press Institute at Hotel Jen in Manila.

Former Commission on Elections chairman and 1986 Constitutional Convention member Christian Monsod agreed: “Media has a big role to play, especially in education campaign and in providing the people with real news, not fake news.”

Monsod said a free and vibrant press is crucial in ensuring that developments in the political scene translate into tangible benefits for all Filipinos. 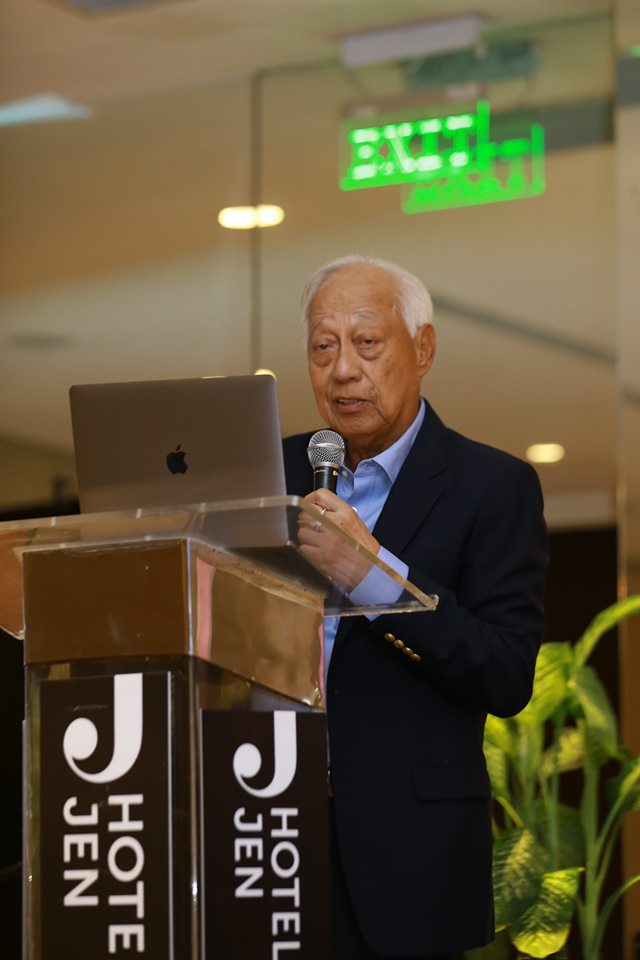 “The biggest divide in our country is not culture or identity or territory but the divide between the rich and the poor…How can we best fulfill the promise of a new social order that serves the interests of the poor, who are supposed to be the center of our development?”

Monsod was cautious, though, of the proposed federal form of government, adding that in this part of the world, unitary systems such as Japan, South Korea, China and Indonesia) have proven to be successful models.

“Federalism is a risky, intricate political experiment that is vulnerable to unintended consequences,” he said.

Pimentel, however, maintained that a federal system under a presidential form of government was meant to “advance the welfare of the people, speed up their development. and hopefully dissipate the causes of rebellion in this country.”

In the same vein, but more on the political and economic aspects, Noel de Luna, founder and chairman of Kusog Bicolandia, an agenda-based regional political party that is aimed to focus more on local or domestic interests,  “resolved to serve the common interest of fellow Bicolanos by endeavoring, first of all, to be both self-reliant and dynamic.”

“Can we be an autonomous state? Can we be part of a progressive unified group of islands called the Philippine archipelago under a Federalist state?”, he addressed the PPI members during the fellowship dinner. 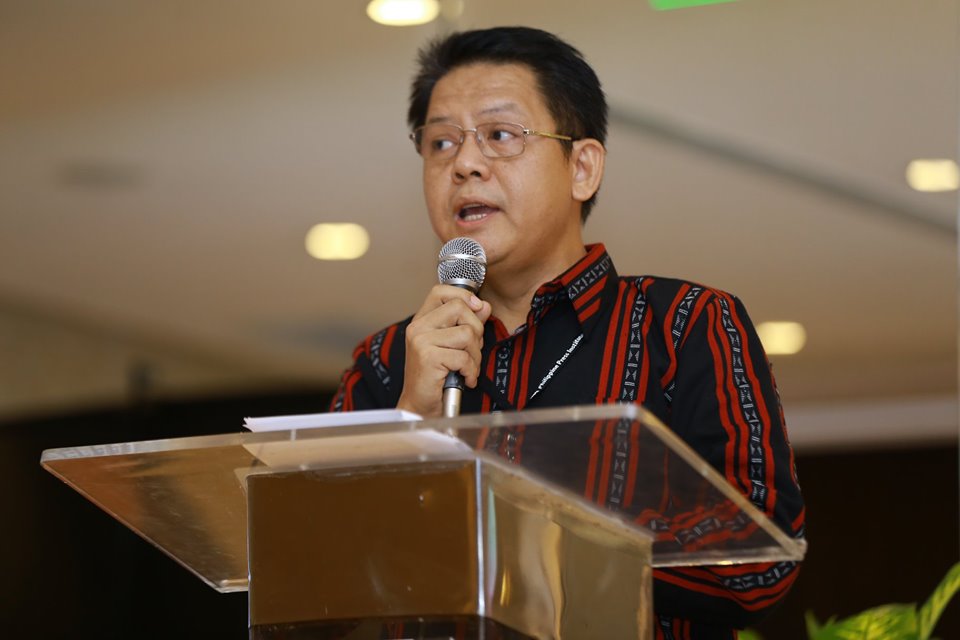 Erwin Caliba, chief of the Legal, Legislative and Linkages of the Policy Advisory Office of the Commission of Human Rights, said the quest for autonomy is also a “mechanism to address exclusion and enhance the participation of minorities.”

Cheryl Daytec-Yangot, former Justice assistant secretary and a lecturer on issues concerning Indigenous Peoples, said all stakeholders, including the media, should move to empower minorities whose voices are drowned out in the mainstream national discourse. 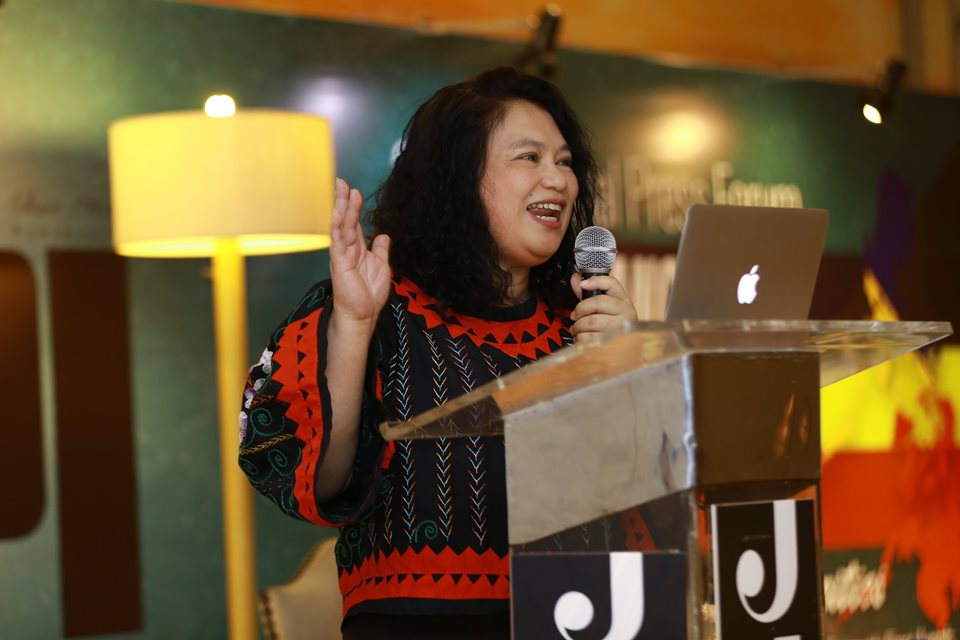 “Although I am not really convinced that federalism is the cure, for our indigenous peoples in the country, it may work,” she said.

Gotz Heinicke, resident representative of PPI partner Hanns Seidel Foundation, underscored how the lack of free speech and assembly is “the greatest menace to freedom” today. 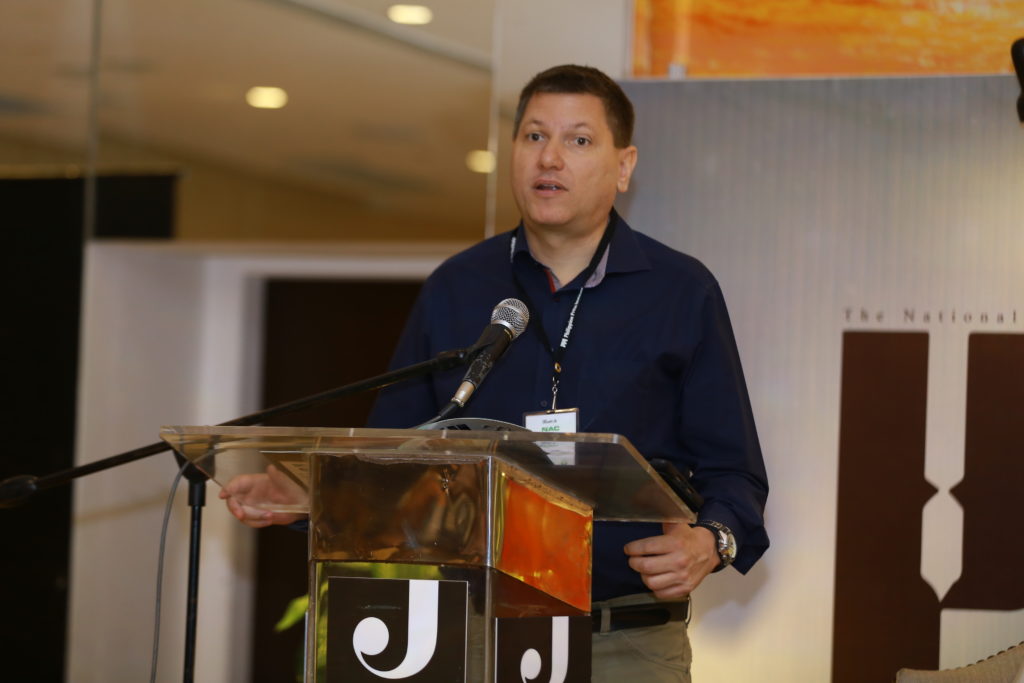 “Public discussion is a political duty…such openness results in better governance and better communities,” he said.