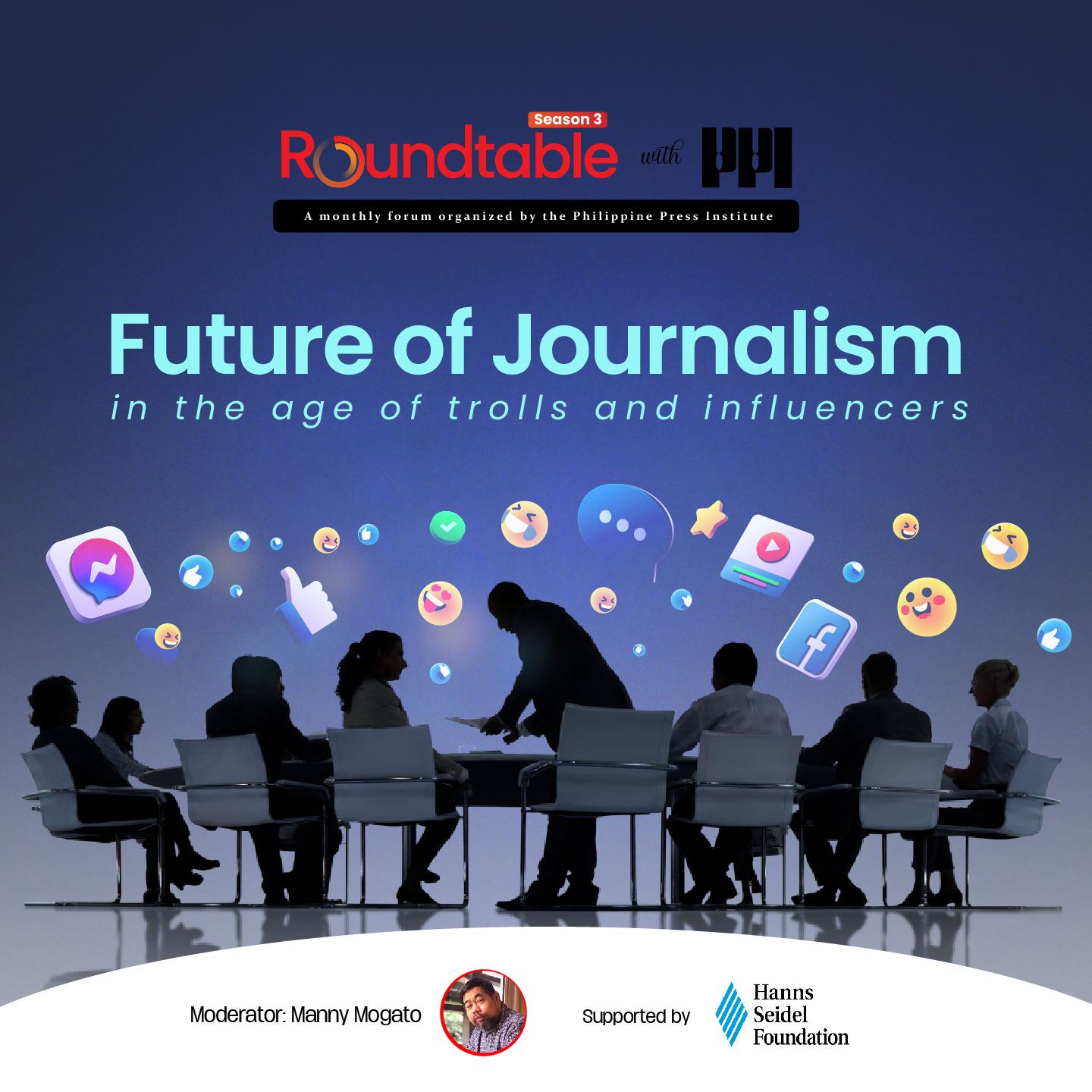 Public trust on legacy media has been eroded by the consumption of news and information in social media platforms. More Filipinos are getting information from vloggers, social media content creators and influencers as the credibility of journalists sank rock bottom.

What is the future of news? Can journalists regain the public trust as a primary source of news and information?

Three journalists believed there is still a future in journalism but they must reinvent, retool and innovate to restore credibility and public trust. There is light at the end of a tunnel as journalist and University of the Philippines journalism professor Yvonne Chua gave a presentation on the latest Reuters Institute’s Digital News Report (DNR) for 2022 during the monthly online Roundtable Discussion (RTD) on June 15 organized by the Philippine Press Institute (PPI) with support from Hanns Seidel Foundation (HSF).

Chua said public trust in Philippine media rose by five points from 2021 to 2022 at 37 percent. Although it is still below the global average of 42 percent, Chua said it is important to note that the Philippines was among only seven out of 46 countries surveyed by the Reuters Institute where trust ratings went up.

She attributed the rise in public trust to the coronavirus pandemic as more Fiipinos view and read about coronavirus disease (COVID-19) from trusted and reliable news platforms. In 2020, the Philippines’ trust rating was at its lowest at 27 percent.

President Rodrigo Duterte has been instrumental in the declining credibility of legacy media, calling journalists as paid hacks, biased and”dilawan”, a reference to the political opposition.

Rappler’s Rambo Talabong shared Chua’s views because most people perceived legacy media as “enemies” of the president. He said vloggers and influencers have the machinery to demonize legacy media, particularly Rappler which has the lowest trust ratings among 15 news brands included in the survey.

Duterte’s tirades against the media were amplified by his paid troll army, influencers and partisan vloggers. More Filipinos believed these influencers and vloggers not only because Duterte was immensely popular but because of social media’s algorithm.

Even if public trust has been increasing in general, trust in news brands, like GMA, ABS-CBN and TV5 has gone down.

Chua speculated the decline was due to the timing of the survey which was done in late January and early February this year. During that period, Ferdinand Marcos Jr who won the elections in May complained about the biased reporting of the legacy media, particularly Jessica Soho when he declined to be interviewed and took part in media forums and debates sponsored by television networks.

Globally, Chua said the people are avoiding news because they are toxic, repetitive and lead only to argument. Most young and less educated also do not understand news and how journalism is practiced.

She said local news has traction even outside the country, affirming the Reuters Institute survey that local news generates 59 percent interest, higher than politics and other national issues.

Moving forward, all three journalists agreed there is an urgent need to reclaim and expand audiences, targeting those who have not yet made up their minds and the most important thing is for legacy media and journalists to continue putting out stories in different platforms and formats that adhere to the highest standards of journalism

But the journalist cannot do it alone.

“Clearly we cannot act alone, we have to act together; the challenge is how we keep our values while protecting the lines that we cannot cross,” Talabong said.