For PPI partners, a celebration of kinship

For PPI partners, a celebration of kinshipPhilippine Press InstituteMay 31, 2017October 24, 2020 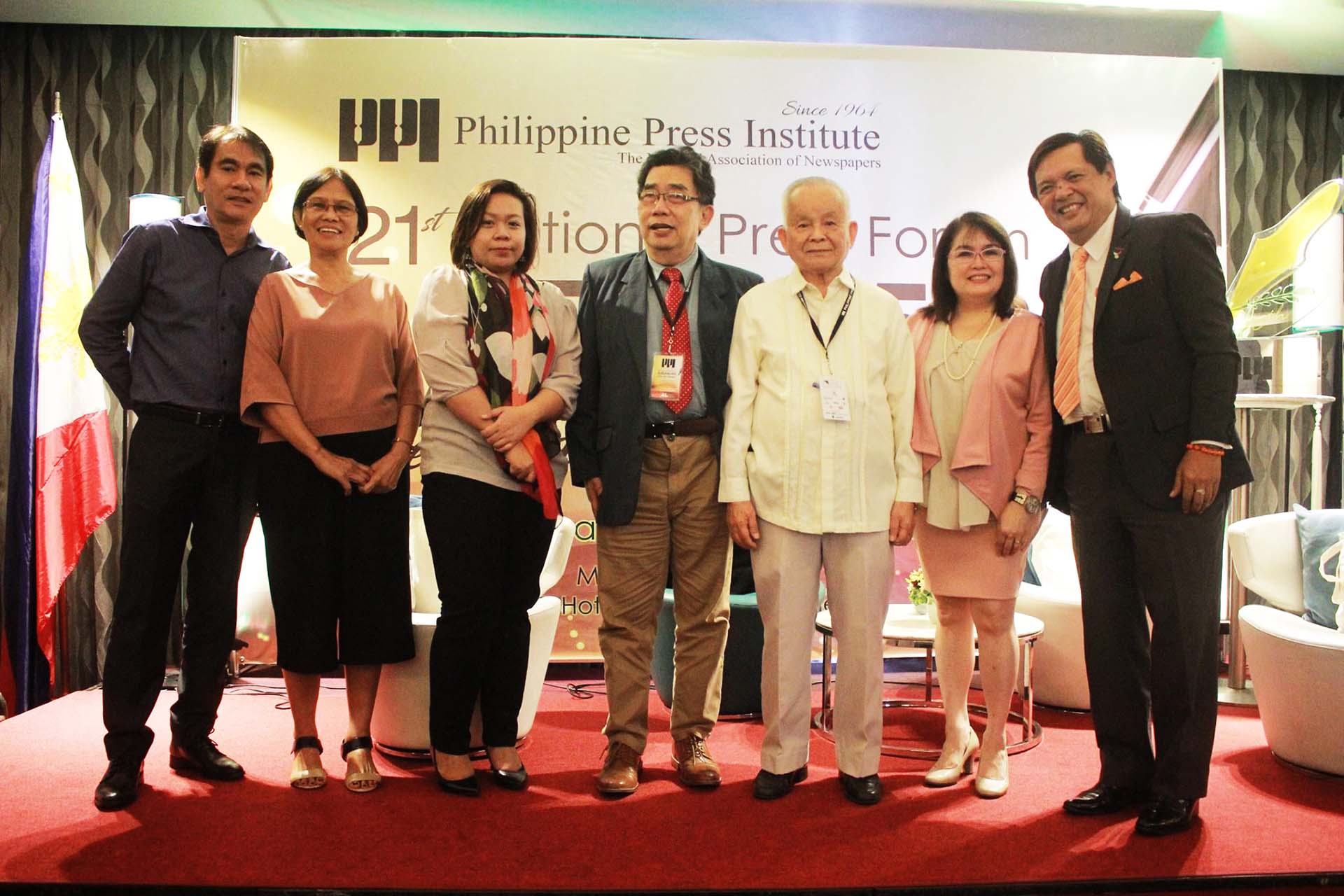 For PPI partners, a celebration of kinship

For partners of the Philippine Press Institute (PPI), the print media continues to play a major role in conveying information to the public that helps make their lives better and public engagement on key issues possible. This, amid the widespread use of social media that has threatened the viability of the traditional media, not least of which is print, and spawned hoax news and other forms of misleading information using digital technologies and today’s virtual platforms.

At the recently concluded 21st Annual Press Forum of the PPI, also known as the national association of newspapers in the country, partners including LafargeHolcim, a major player in the global cement, concrete, and aggregates solutions industry, highlighted the value of their partnership with PPI in pushing for public awareness of vital information. 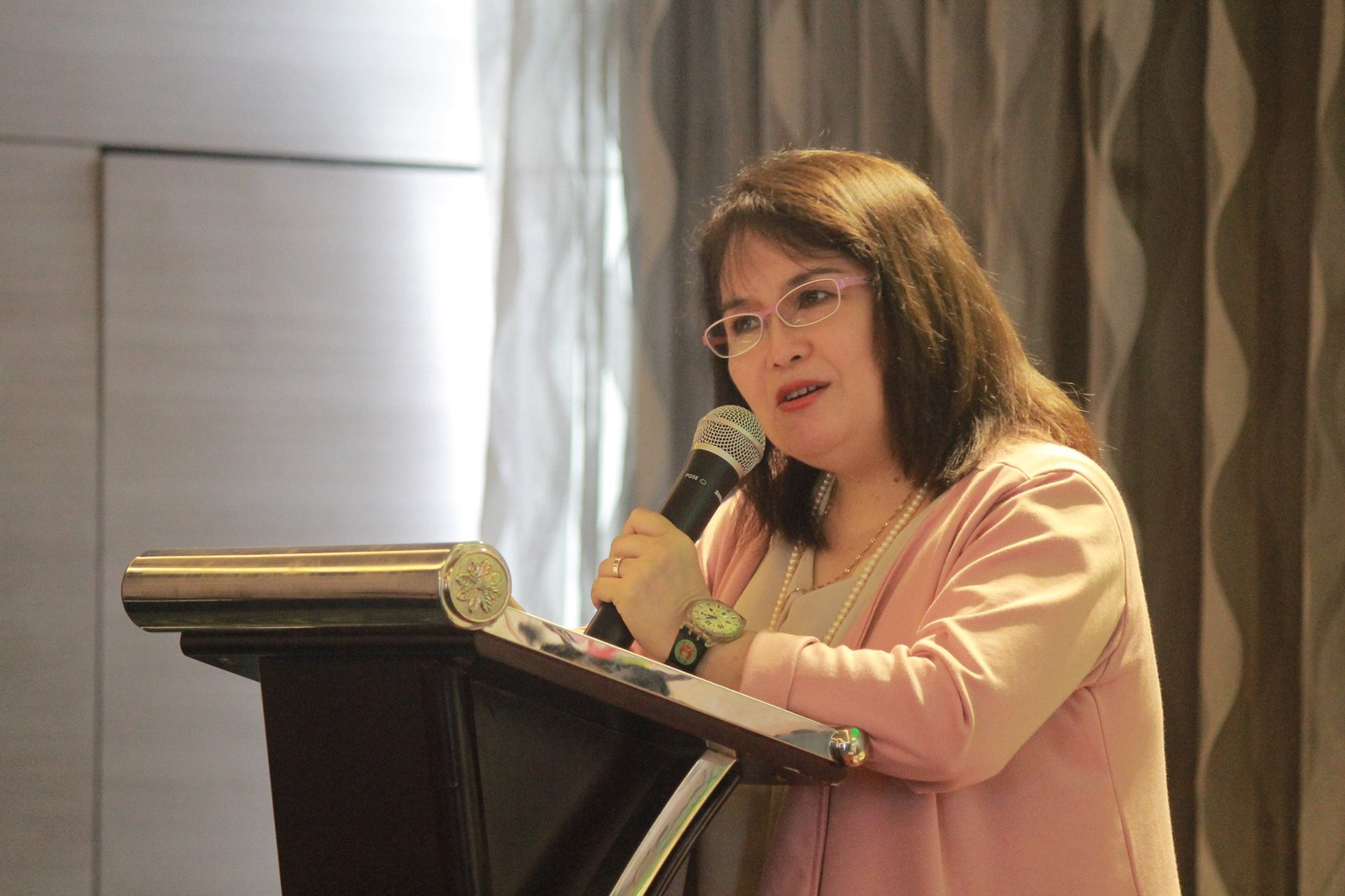 Nerissa Villarico-Ronquillo, vice-president and head for communication and corporate affairs of LafargeHolcim, said her company is looking “beyond providing construction materials” in keeping with the company’s battlecry: Help communities “build better,” highlighting media’s role toward this end. 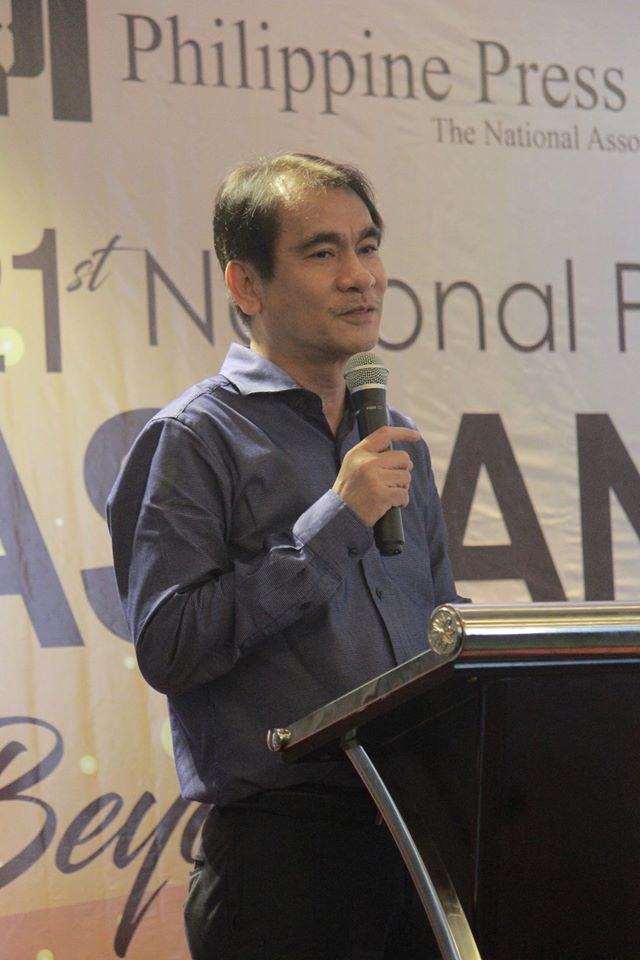 The Asian Institute for Journalism and Communication, PPI’s partner in the annual Civic Journalism Awards, plans to review the two-decade old recognition program for community newspapers, and possibly even expand it to include the other Southeast Asian countries, said the organization’s president Ramon Tuazon, who has also served UNESCO in various capacities.

PPI’s annual press forum this year is themed “ASEAN@50: Beyond the Headlines.” The regional bloc turns 50 on August 8 and is chaired this year by the Philippines. 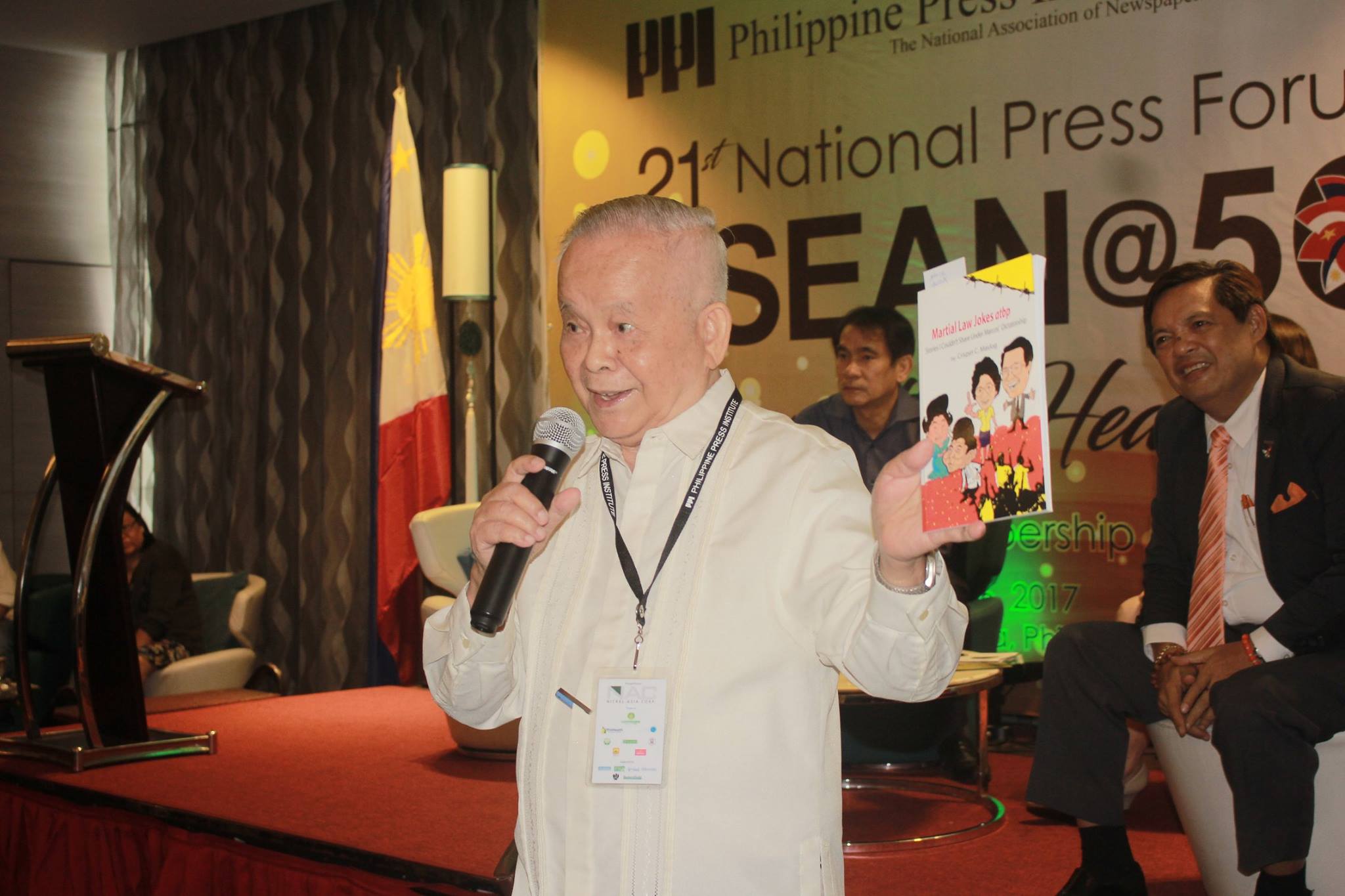 Tuazon, who is also the secretary-general of the Asian Media Information and Communication Centre (AMIC) took the opportunity to announce AMIC’s ongoing as well upcoming programs, including an international conference, titled “Rethinking Communication in Resurgent Asia,” which will be held on September 27-29 at Miriam College in Quezon City. 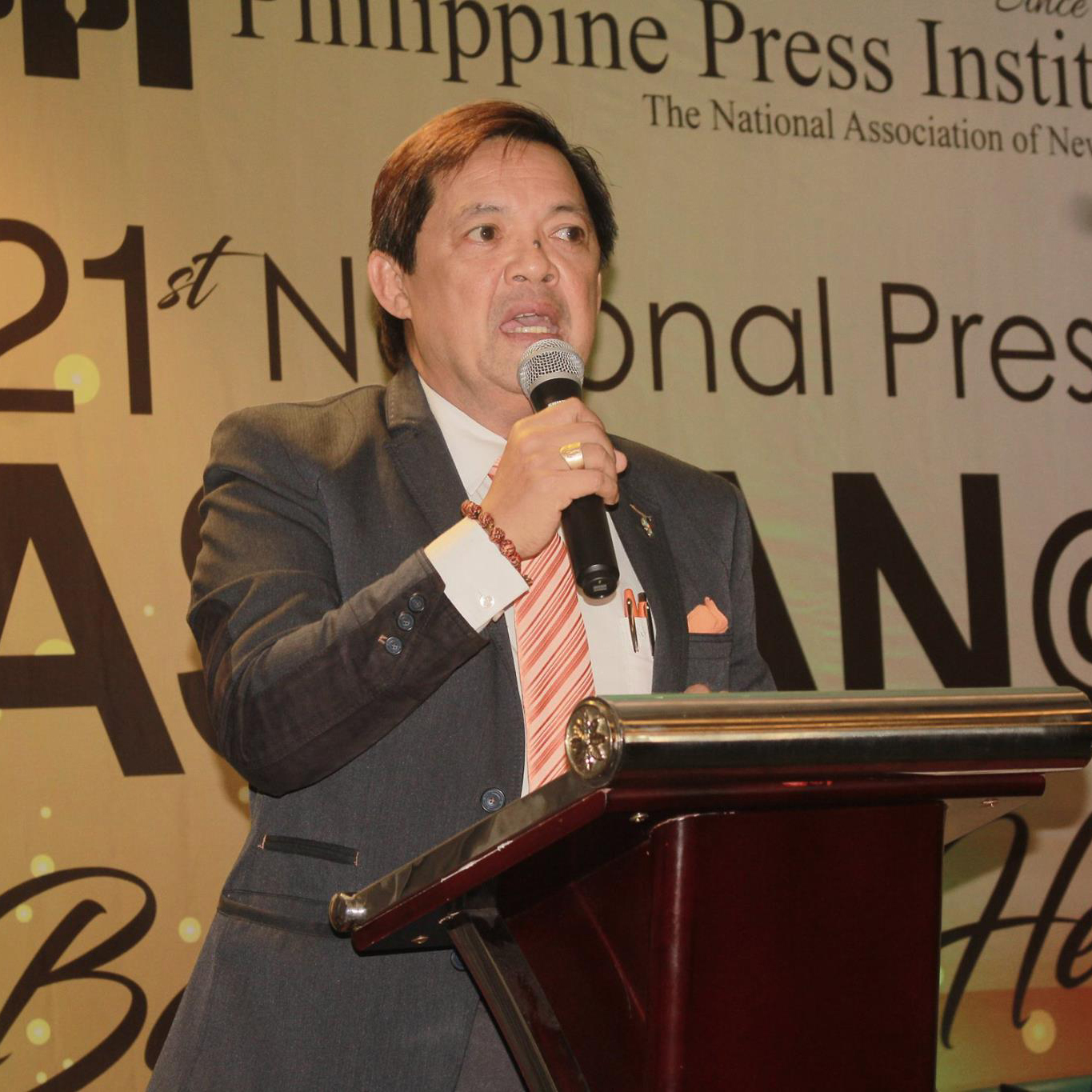 Dr.  Crispin Maslog, veteran journalist and noted mass communication professor and author who graced the PPI occasion, announced that AMIC, which he co-founded, has transferred its office from Singapore to the Philippines.

Maslog is the author of the recently published book, Martial Law Jokes atbp: Stories I Couldn’t Share Under Marcos’ Dictatorship.

Barbie Atienza, president of the United Print Media Group (UPMG), an organization of print media and publication companies in the Philippines, addressed the issue of whether the print media is now a dying industry, as many posit it to be. It is “very much alive and growing,” he declared. He affirmed UPMG’s commitment to press freedom and responsibility.

Atienza said that the print media, which he says values accurate, timely and credible content, has the power “to inspire, inform, and empower the people.”

This ties in neatly with the traditional media’s responsibility to combat the spread of fake news — now a global scourge of social media. 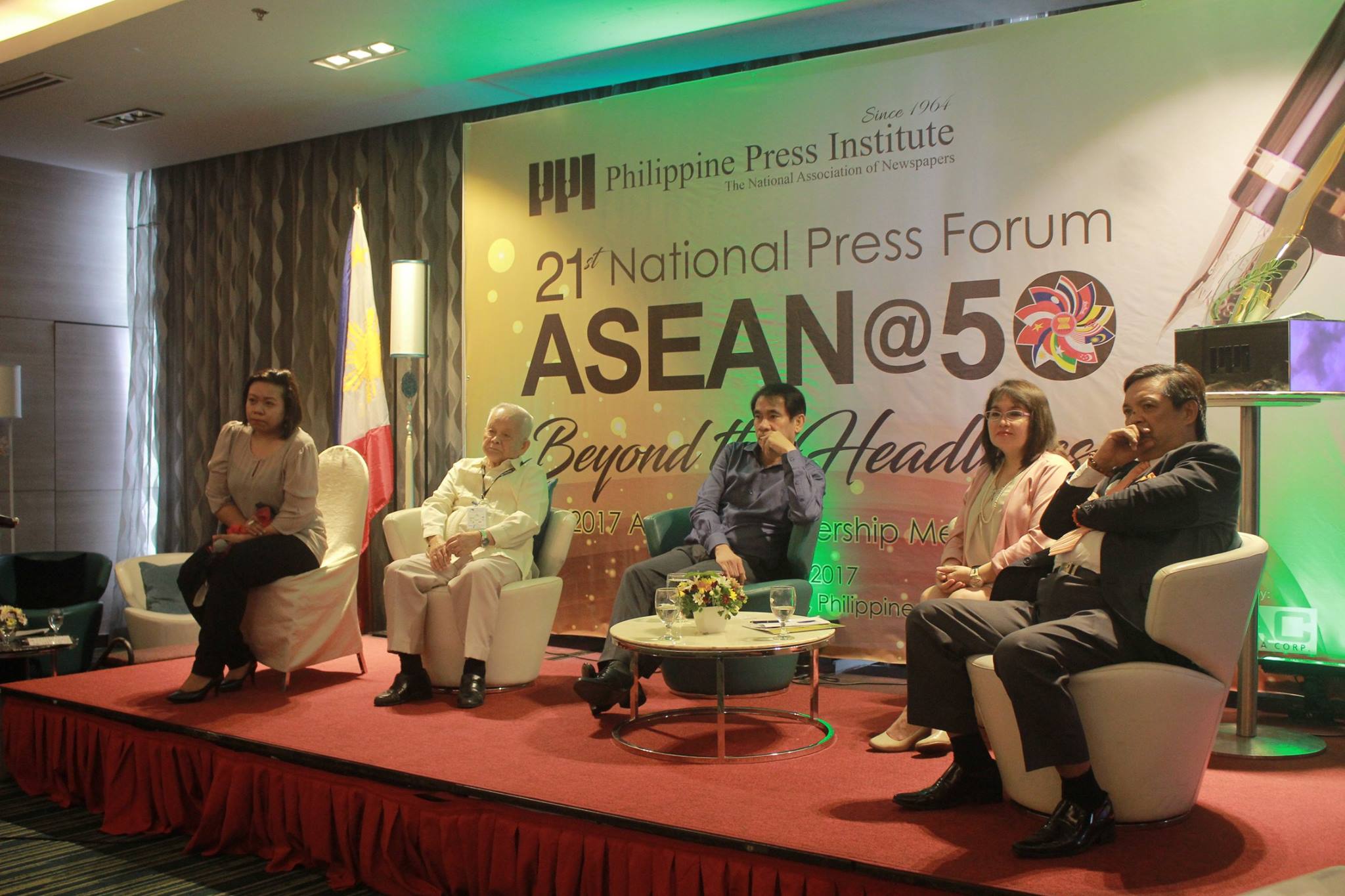 PPI has on an ongoing roadshow tackling fake news as part of its scholastic outreach program. Vera Files, an independent media organization, has joined PPI in this timely effort.

At PPI’s industry forum Vera Files editor Avie Olarte walked that audience through her media outfit’s ongoing fact-checking project, which looks into the veracity of statements issued by public officials and posts its findings on its website. Vera Files has joined PPI, through its fact-checking initiative, in the latter’s ongoing scholastic program, titled “Let’s Get Real on Fake News.”

This activity has generated positive feedback from the students, she said. To date PPI’s anti-fake news campaign among students has been conducted in three universities in Luzon and another venue in Metro Manila. Select universities in Visayas and Mindanao will follow suit.

While the objectives of fact-checking are not new in the newsroom, Vera Files trustee Ellen Tordesillas said the project challenges officials to be careful with their public statements, lest they be fact-checked and be proven wrong. “Journalism is about the truth and not just using creative imagination,” she said.