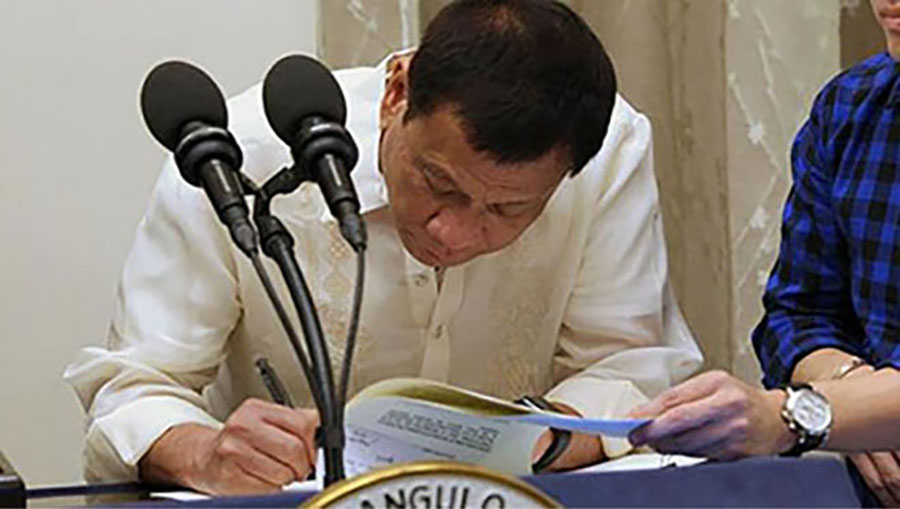 President Rodrigo R. Duterte signs the Freedom of Information (FOI) Executive Order in Davao on July 23. The document is a commitment of the President to the Filipino people to bring transparency in government transactions. The EO covers all agencies under the executive branch. Simeon Celi/Presidential Photographers Division

SIGNED. The last page of the 6-page executive order on FOI, signed by President Duterte. Photo from Malacañang