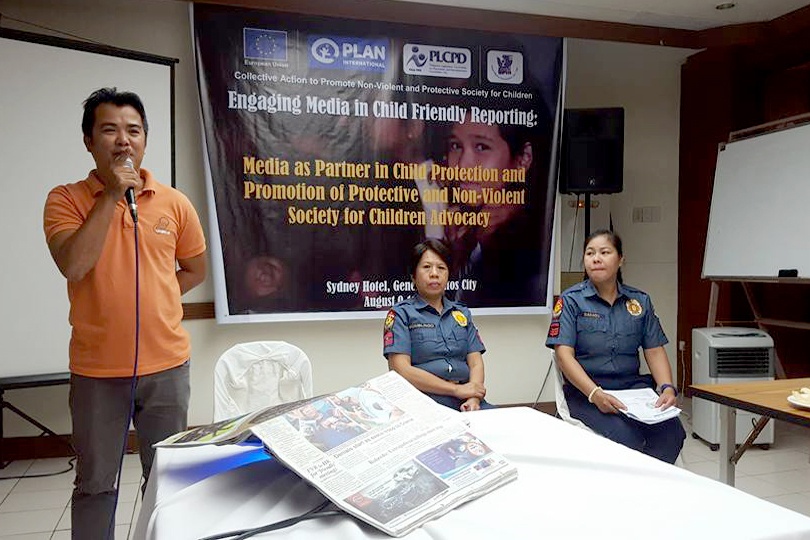 GENERAL SANTOS CITY — Members of the community-based print and broadcast media in Mindanao were challenged to produce more and better stories on child protection at a recent training workshop in this city.

Trainers and resource speakers alike urged media to heighten the ethical coverage of child protection issues and to use their new knowledge and sharpened skills to produce quality reportage to advance the cause of child protection. Child protection advocacy includes campaigns and programs to keep children and youth free from all forms of violence.

Tess Bacalla, training director of the Philippine Press Institute (PPI), urged journalists and broadcasters to veer away from minimum compliance with the guidelines for ethical coverage of children and take a step further to come up with more timely and meaningful stories on children, especially those that are not being reported enough, if at all.

Such guidelines have been developed by the PPI and the Kapisanan ng mga Brodkaster ng Pilipinas, as well as by government agencies like the Department of Justice. 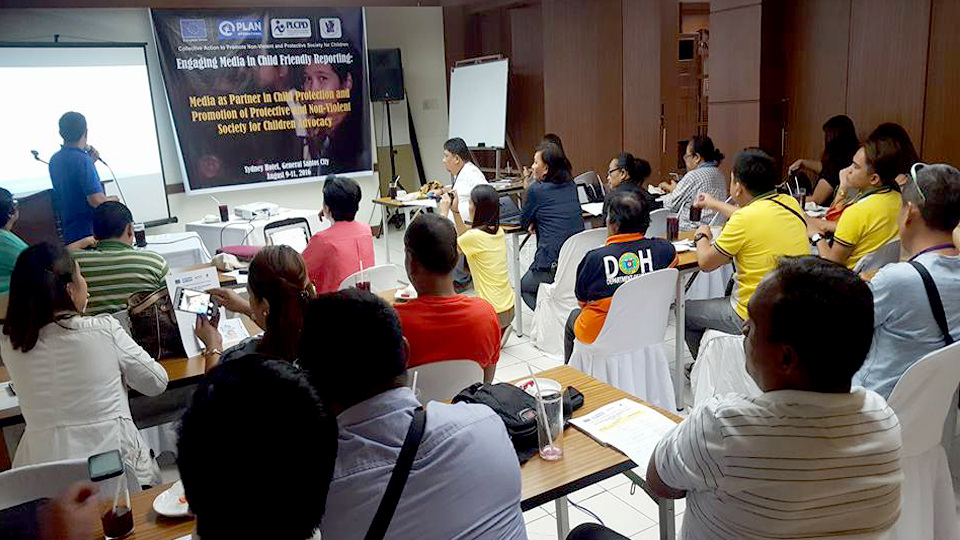 “Stories does not have to be investigative,” she said, adding that even short and creative pieces could facilitate discussions and debate within the community and even beyond of specific issues affecting children. “Let us begin the discussion of these issues; we cannot keep quiet. What happens to a single child will ultimately impact on the community.”

Bacalla said while the media cannot openly advocate for specific issues, they could explore stories that will make an impact on  children and even inform policy. “Our role is to explore more issues, and include inspiring, meaningful and impact-laden stories on issues confronting children,’’ she said.

As with many other issues, Bacalla said the media must train the spotlight on processes, not just events, which often drive media reporting on children, while many stories focusing on more substantive issues are still waiting to be told. 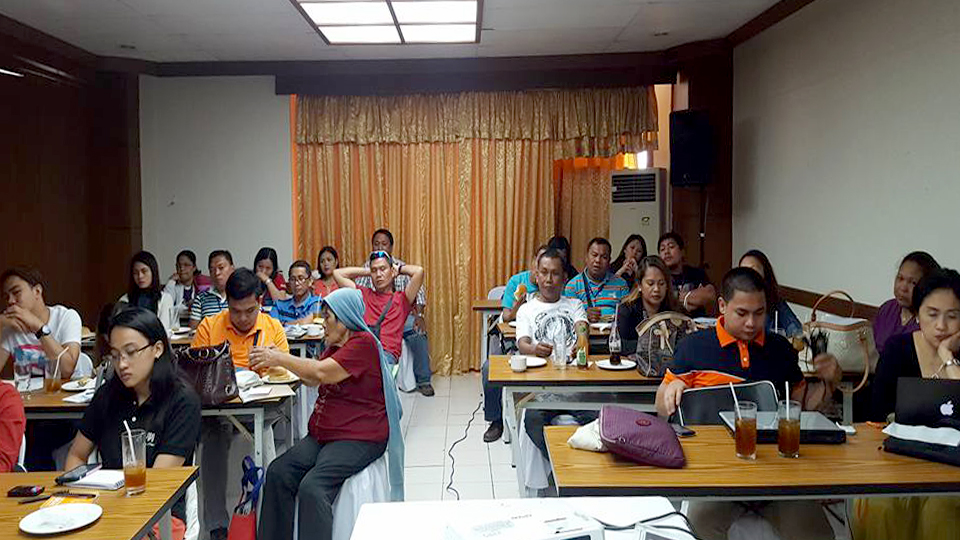 ‘’Children have agency and can decide for themselves. Participation of children includes their right to express their own opinions and be part of or represented in decision-making processes or bodies in families and communities,’’ Fortich said during her session on child protection.

Fortich also told participants to get acquainted with the various national and local legislation on child protection so that these can be used to deepen stories on children. ‘’Familiarize yourselves with these laws. These can come in handy as you cover issues and will provide depth to your stories. ’’ She also said that news reports that includes provisions of existing laws also inform the public and increase awareness. 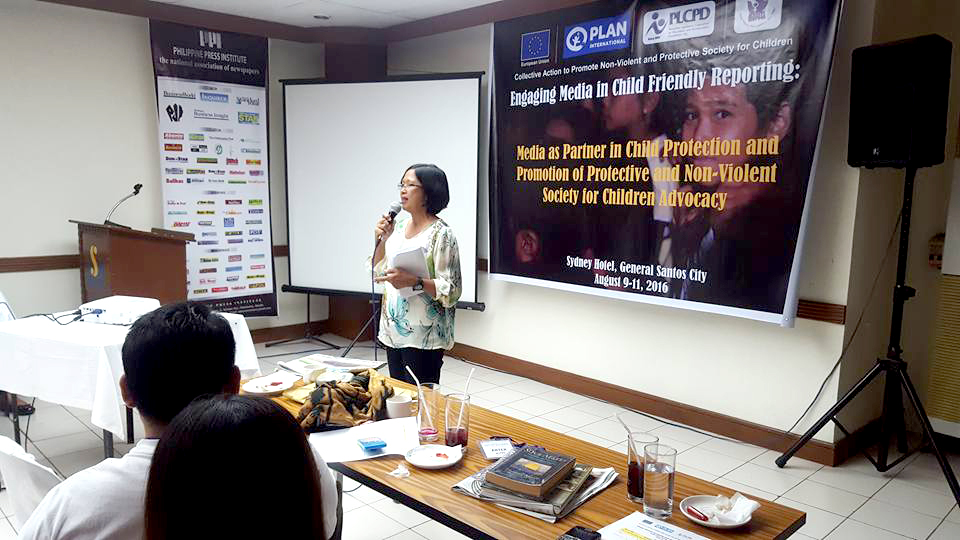 Also discussed during the training was the concept of positive or non-violent discipline as a parenting style that educates and guides the behavior of children. It teaches the children their duties and responsibilities while respecting their rights to healthy development protection from violence, and can inform the public of participation in their learning. It is an alternative to corporal punishment.

Both Bacalla and Fortich mentioned that the Philippines is one of the 149 countries which does not ban or prohibit corporal punishment.

Corporal punishment is a form of punishment that inflicts pain on a person. It covers disciplining methods that are cruel and degrading to children, including threats of violence and humiliation.

Putting corporal punishment in the public consciousness will ultimately influence policy-making, Bacalla said.  She also urged community journalists to localize stories pegged on latest data released by organizations or government agencies, such as those on children affected by armed conflict in Mindanao. 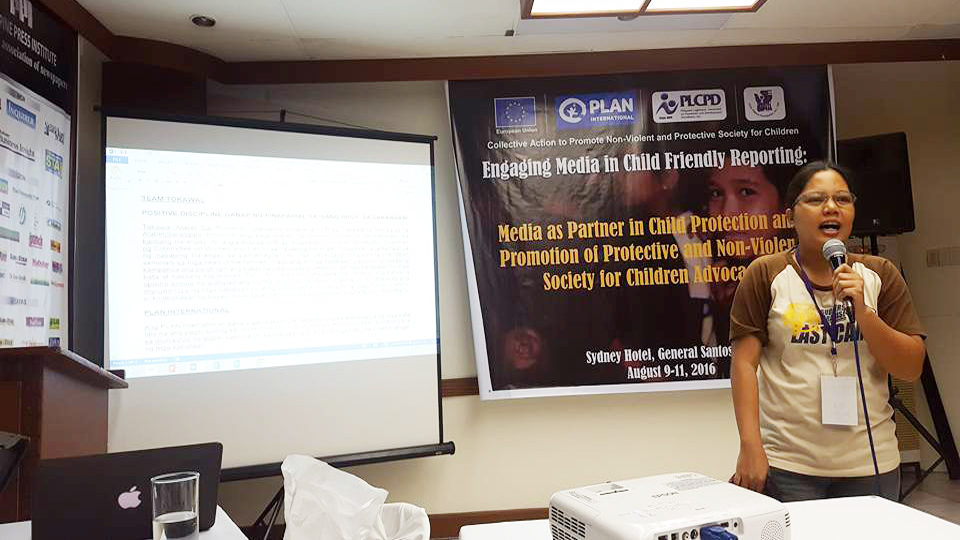 She encouraged the media to explore unreported or underreported issues such as early marriages among indigenous people communities, which affect children. Local studies can prompt media stories that in turn could promote public understanding of specific issues confronting children, she added.

The PPi-Plan International training involved around 30 participants from six other cities in Mindanao. It was the last leg of a series of similar trainings previously held in Cebu City and Naga City as part of the Positive Action Project, also known as the Collective Action to Promote Non-Violent and Protection Society for Children.