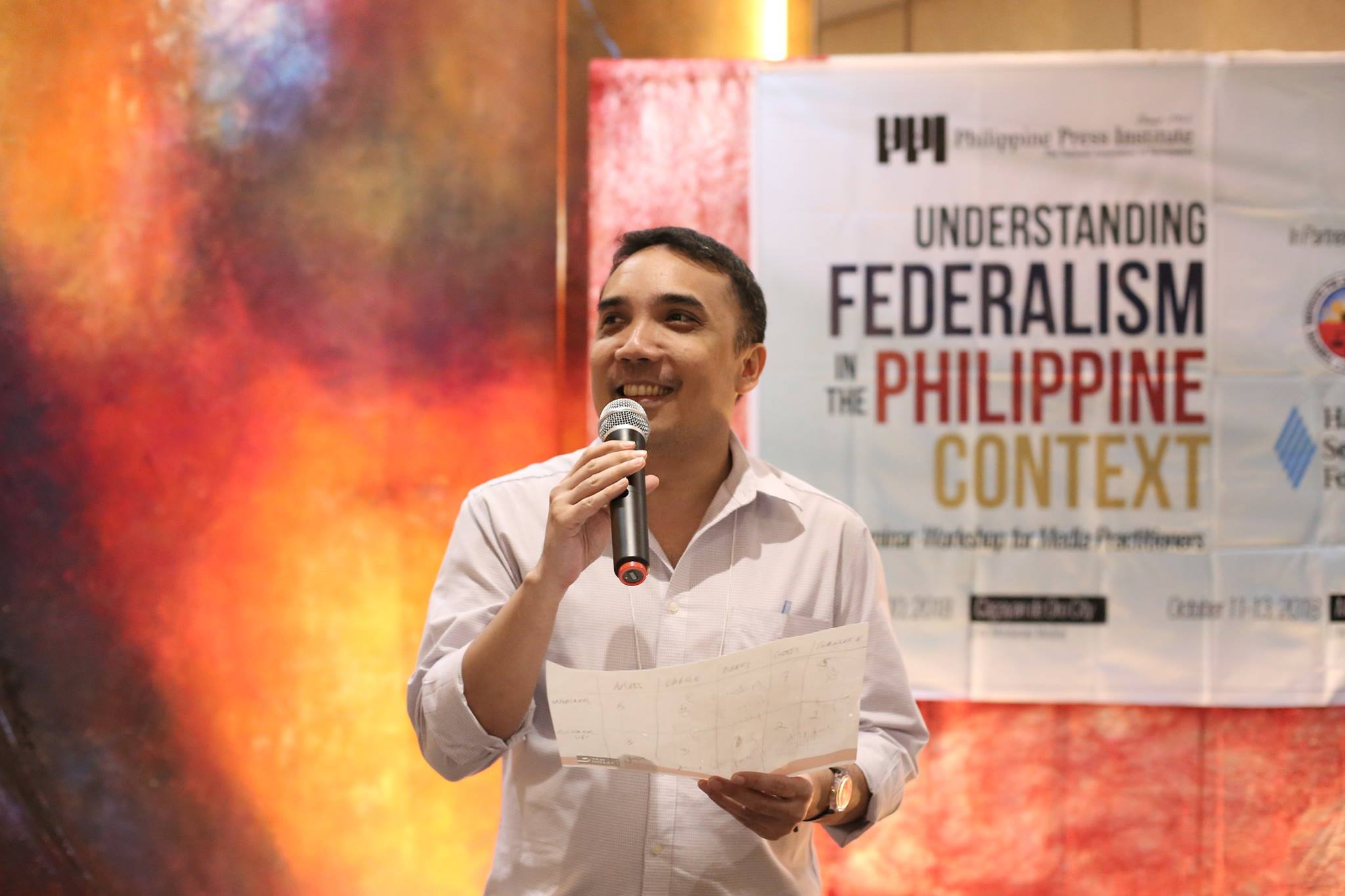 Journalists from Luzon and the NCR agreed that a Filipino or Filipinized type of federalism that acknowledges the country’s diverse cultures, traditions, religions, and regional dynamics will be applicable to the Philippines.

Amidst differing beliefs and apprehensions over the proposed federal form of government during the two-day seminar-workshop on Understanding Federalism in the Philippine Context conducted by the Philippine Press Institute (PPI) in Manila on October 11-12, with support from Hanns Seidel Foundation (HSF) and in partnership with the Pimentel Institute of Local Governance (PILG), thirty publishers, editors, and reporters expressed support for good governance no matter the form of government. 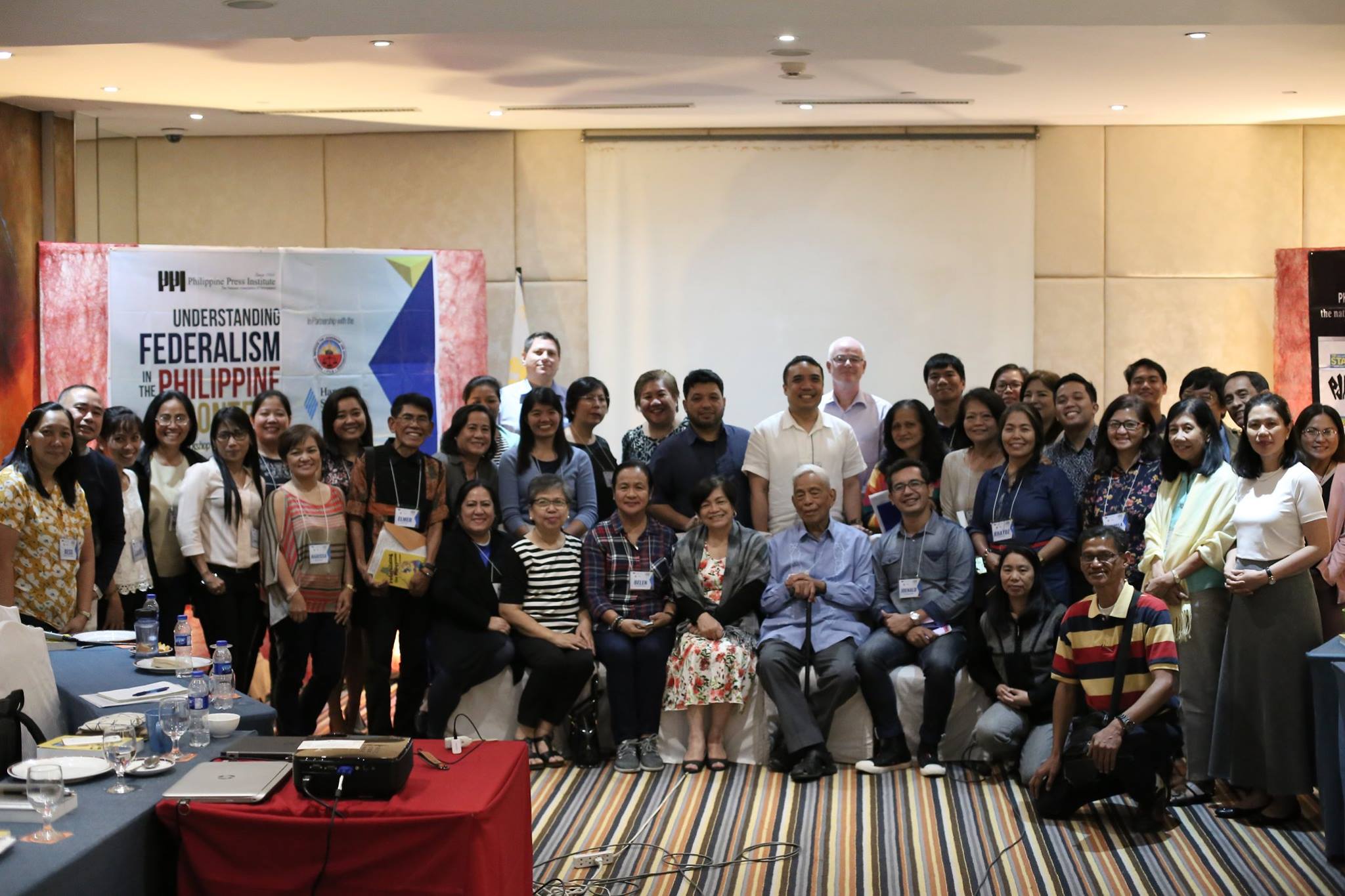 “Let’s look at the CAR experience. We”ve been talking about autonomy for the longest time. In fact, our different tribes up there are the ones very much affected with all these issues on having an autonomous region,” said Sonia Daoas, PPI trustee for Luzon and director of the Cordillera News Agency (CNA), one of the eight participants from Baguio.

Former senator and senate president Aquilino ‘Nene’ Pimentel Jr., regarded by many as the Father of Local Government Code and PILG Chairman, a proponent of the draft charter on federalism, explained the context, logic, and aspirations of the measure that seeks to decentralize the power of the national government and share its resources to the regions. “Outside Metro Manila, our provinces get measly shares which I think is not fair,” Pimentel said.

Worries on the rise of political dynasties and nepotism if there will be federated regions, were clarified by Atty. Barry Gutierrez, a law professor at the University of the Philippines in Diliman, who discussed the salient provisions embodied in the draft constitution.

Senator Pimentel who was one of the reactors to Gutierrez’s presentation, said that the explicit provision on political dynasty seeks to end the commonplace dynastic politics and give chance to other candidates who are also qualified to run for any elective position. 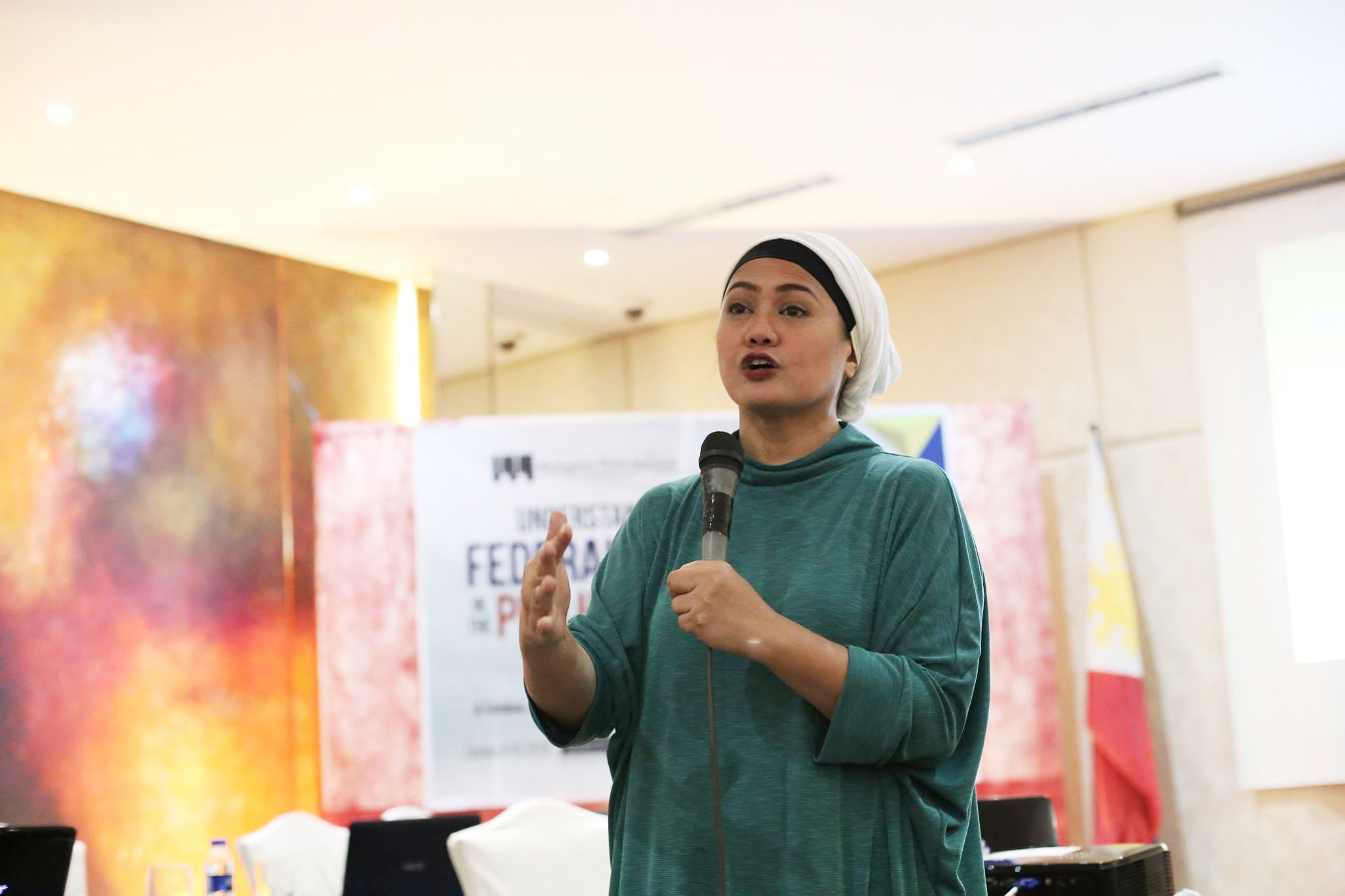 After an intensive discussion on the pros and cons on federalism as presented by the speakers and panelists, the participants during the group activity and writeshop listed story ideas such as economic benefits to the regions, delivery of basic social services, shortening of bureaucratic processes, swift delivery of justice, ridding multi-party system, taxation, police, electoral reforms, among others. “These are more of questions waiting and wanting for answers. The public needs to know all these things,” said Janet Valdez, a journalism professor at the Bulacan State University whose family partly owns Mabuhay, a multi-awarded community newspaper. Valdez who presented her group’s output stressed the need for better understanding for better reportage. 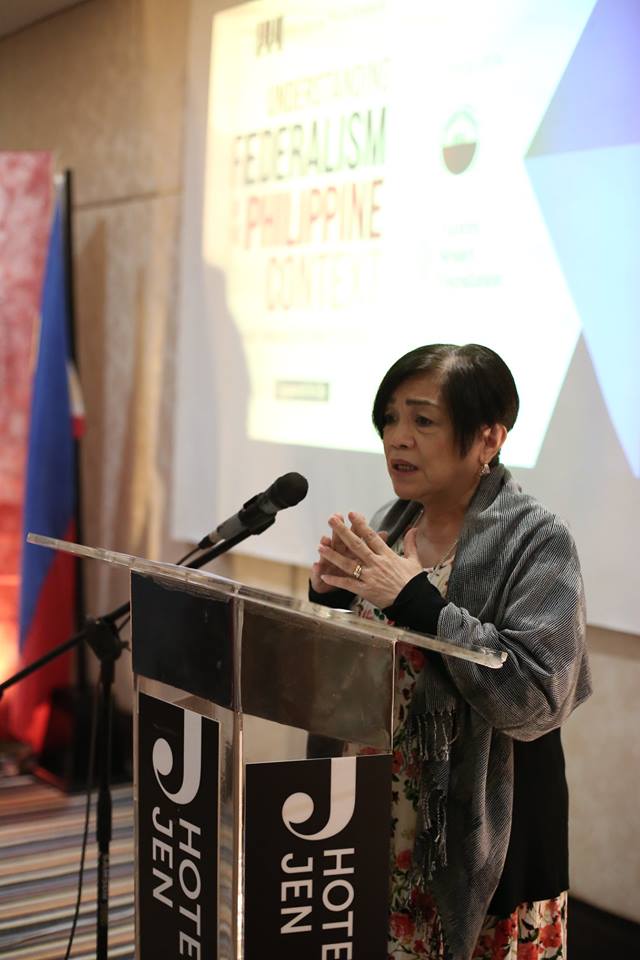 The challenge now, according to her, is to echo the information to the grassroots, with local government units, civil society organizations, non-governmental organizations, academe, and media organizations doing their fair share in informing and educating the public about federalism. “The role of the media is to inform, educate, and stimulate critical thinking.”