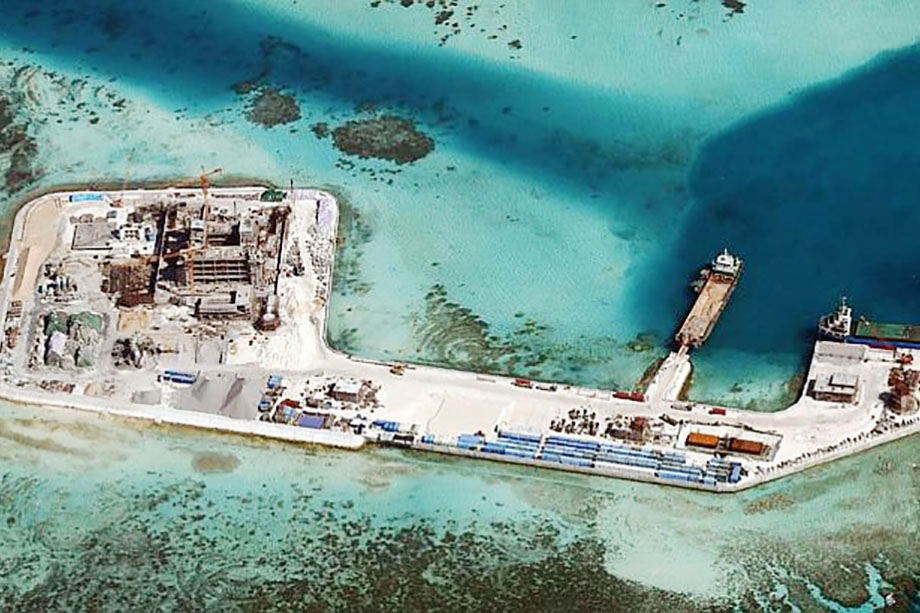 West Philippine Sea in the Public Mind: Beyond Sound Bites

As the Philippines heads into a new political dispensation, much of the country is watching with bated breath how the newly minted President-elect Rodrigo Duterte will sooner or later deal with the issue of China’s aggressive intrusion into the West Philippine Sea (or areas of the South China Sea lying within the country’s exclusive economic zone prescribed by international law).

By this time, thanks or no thanks to a media feeding frenzy over the maverick presidential winner from the south, who hasn’t heard or read Duterte’s public statements (or watched him on television issuing the same) on the country’s territorial conflict with China?

His pronouncements have sent mixed, nay, contradictory, signals on where he stands or sits amid this simmering maritime flashpoint in Philippine-Sino ties. This, against a backdrop of the much anticipated ruling of The Hague tribunal, where the Philippines, taking the path of international arbitration under outgoing President Benigno ‘Noynoy’ Aquino III’s watch, has lodged its case against China.

Such declarations easily lend themselves to sound bite-riddled, “he said/she said”, media reports, the better to dumb down important issues and public discourse. That they have generated more media hype is best viewed in light of the fact that they come no less from from the country’s recently proclaimed president, who has earned a global reputation not only for his foul mouth bent on spewing out invective-laden rants each time he speaks, but also for his predictable yet no less disturbing off-the-cuff comments even on a highly volatile issue that is the West Philippine Sea.

Duterte is known to have said he would seek multilateral talks with other claimant states to the South China Sea and major Philippine allies like the United States, favored a joint exploration with China in the resource-rich, strategic waterway, and, perhaps tongue-in-cheek, that he would jet-ski to the Panatag (Scarborough) Shoal to plant a Philippine flag on the disputed island.

The 71-year-old soon-to-be-erstwhile Davao City mayor’s every declaration, however facetious or mind-boggling to some, and clearly a sharp departure from the Aquino administration’s posture on the West Philippine Sea, has merited prominent print space and airtime.

But whether extensive media coverage of the country’s territorial tensions with China, conveniently alongside Duterte’s propensity to flip-flop on the maritime wrangling in the West Philippine Sea, has led to more nuanced and expansive understanding among Filipinos of the relevant issues involved is entirely another matter.

To date much of the narrative on the escalating territorial quarrel between the two Asian neighbors tends to pit the states involved against one other — China vs the Philippines and other regional claimants, and China vs the US as well as Japan as major global powers keen to assert freedom of navigation in the contested waters of the South China Sea, and push for regional peace and stability in the face of China’s bluster.

There is no gainsaying the polarizing impact of the South China Sea disputes, which involve other Southeast Asian neighbors. Yet such discords carry more complexities than what the Philippine media may have cared to examine and bring to the forefront of public discussion. Are there other frames besides conflict through which the South China Sea issue — and how it impacts a smaller country like the Philippines — must be seen and reported by the press? Surely there are, such as the economic and historical sides of the dispute.

What are the dominant narratives driving public discussions on the West Philippine Sea? What issues are being glossed over or have merited little, if any, media attention? Is there adequate context and background in media coverage of the ongoing maritime standoff between China and the Philippines? To what extent have the media, citing carefully researched pieces of evidence presented by experts including Associate Justice Antonio Carpio, challenged China’s extensive territorial claims, moored in the historically dubious nine-dash line that covers practically the entire West Philippine Sea?

Media’s role in fostering public understanding of important issues — not least of which are the dark clouds hovering over the West Philippine Sea — cannot be underscored enough.

This is true not only at the national level but also across communities that are far removed from the center of foreign policymaking in the Philippines. Interestingly enough, it is in these areas where impoverished and marginalized sectors such as fisherfolk have been feeling the brunt of China’s bellicose actions, enough to send alarm bells ringing and crisis shockwaves reverberating across the country. But this kind of scenario is perhaps best left to the imagination.

It appears that the tides of public opinion on the West Philippine Sea have yet to rise in unison with the frenzied efforts of the government to wrest back control of the contested islands.

Suffice it to say that public engagement and dialogue around the West Philippine Sea vary at best —and it behooves the media to report on the country’s claims in the disputed waters with increased sharpness, nuance, background and context.

To do otherwise is to leave the public wading helplessly in the murky waters of the disputed islands — amid a sea of shallow reports on competing maritime claims, not to mention Duterte’s controversial pronouncements that conveniently offer sensationalist grist for media mills.

By Tess Bacalla (for the 20th National Press Forum)