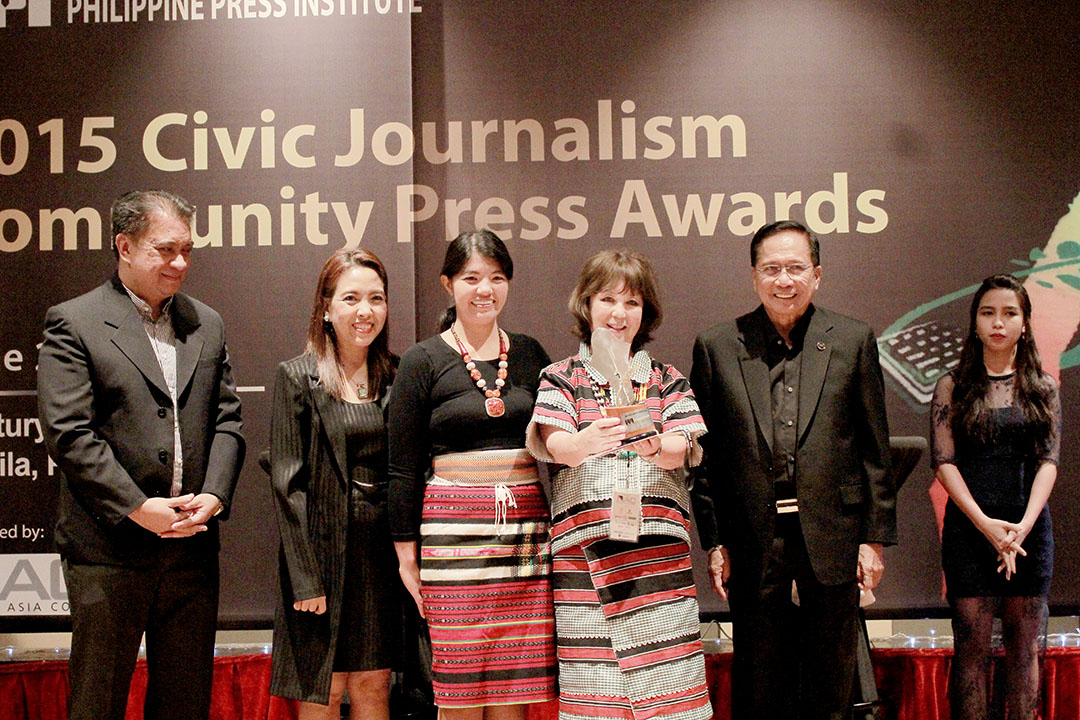 Winners of the 2015 Civic Journalism Awards, given out by the Philippine Press Institute during the 20th National Press Forum.

Weekly newspapers in Baguio garnered the most awards in the 2015 Civic Journalism Community Press Awards given out by the Philippine Press Institute (PPI) on Thursday at the Century Park Hotel in Manila.

In the weekly category, Baguio Midland Courier was adjudged the best in business and economic reporting, best in editorial page, and best edited community newspaper while Baguio Chronicle was declared the best in photojournalism.

Two Mindanao publications — Mindanao Times and Business Week Mindanao — were deemed the Best in Election Reporting in the daily and weekly categories, respectively. This recognition was added to this year’s list of awards in the view of the just concluded elections.

Among weekly publications Ilocos Times emerged the best in culture, arts, and history reporting while Batangas-based Pahayagang Balikas was declared the best in environmental reporting.

Eastern Visayas Mail was recognized as the best in fisheries reporting (weekly category). This award was included for the first time in the roster of PPI’s journalism awards through the support of Oceana Philippines.

For the daily division, the Cebu Daily News bested the other newspapers in the best editorial page and best edited community newspaper categories, while Sun Star Davao bagged the best in photojournalism and best in business and economic reporting awards.

Still among daily newspapers, The Freeman showcased the best in environmental reporting and best in fisheries reporting, while Sun Star Pampanga won the award for best in culture, arts and history reporting.

The annual Civic Journalism Community Press Awards aim to raise the standards of community journalism in the Philippines, and recognize news organizations “not only for editorial excellence but also for their role as catalysts for community development.”

The newspapers were screened by universities per region and chosen by an independent national board of judges, composed of a PPI trustee and media practioners from different news organizations.

Supported by Nickel Asia Corp., the grant of the awards capped the two-day National Press Forum — now on its 20th year — of PPI.