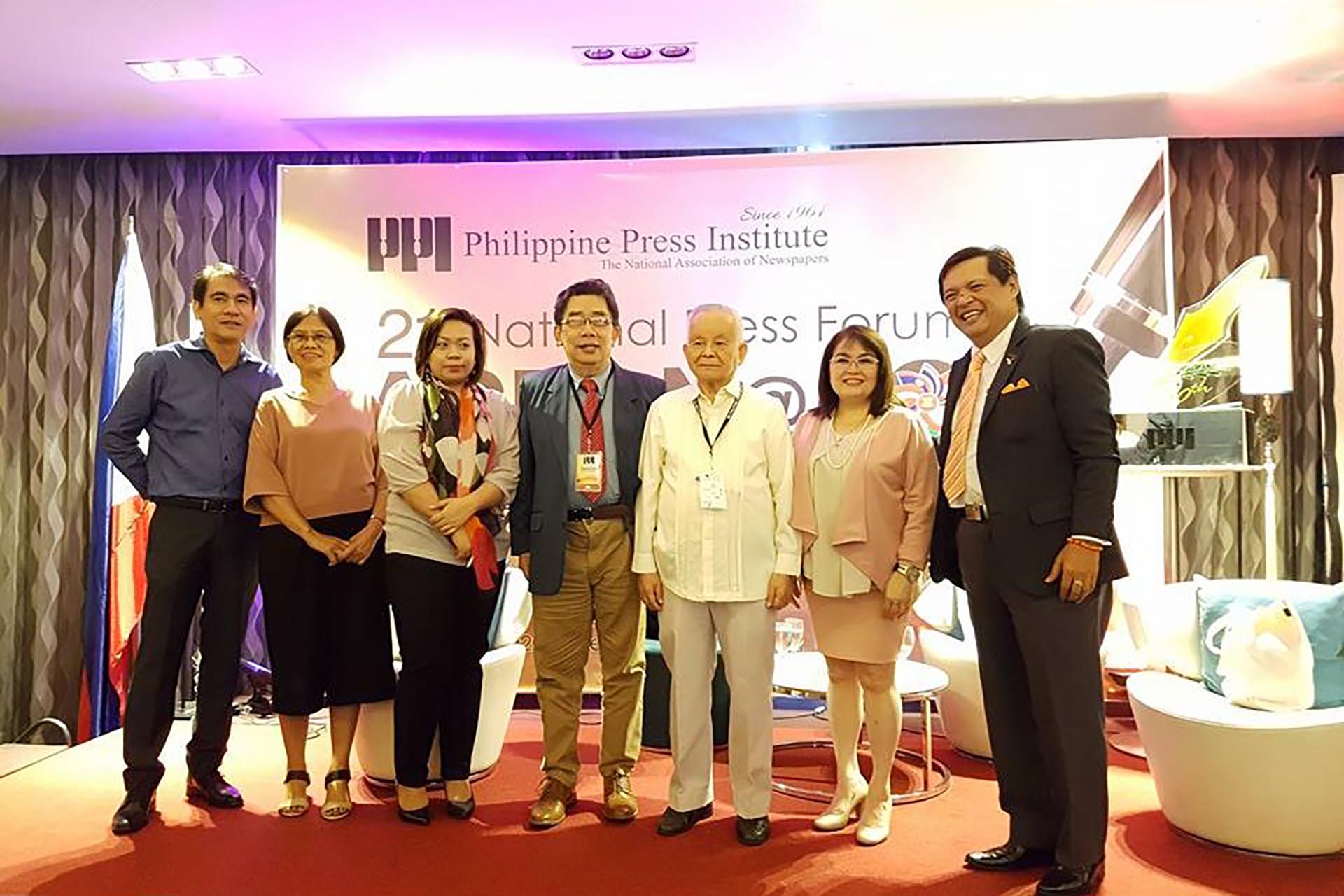 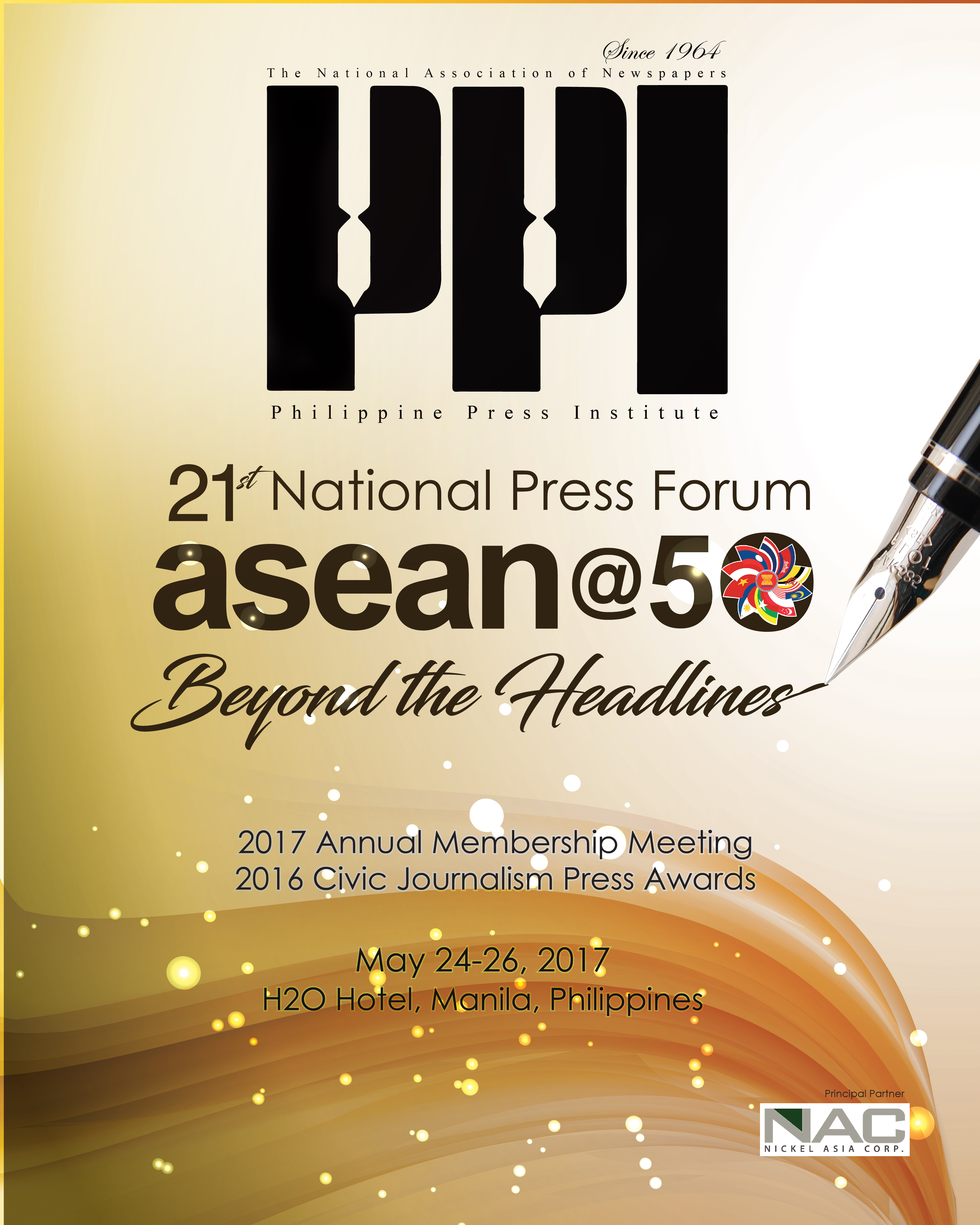 Now on its 53rd year as the country’s national association of newspapers, the Philippine Press Institute (PPI) is holding its 21st National Press Forum on May 24-26 in Manila.

Themed “ASEAN@50: Beyond the Headlines,” the event coincides with the regional organization’s golden anniversary.

The Philippines holds this year’s chairmanship of ASEAN. 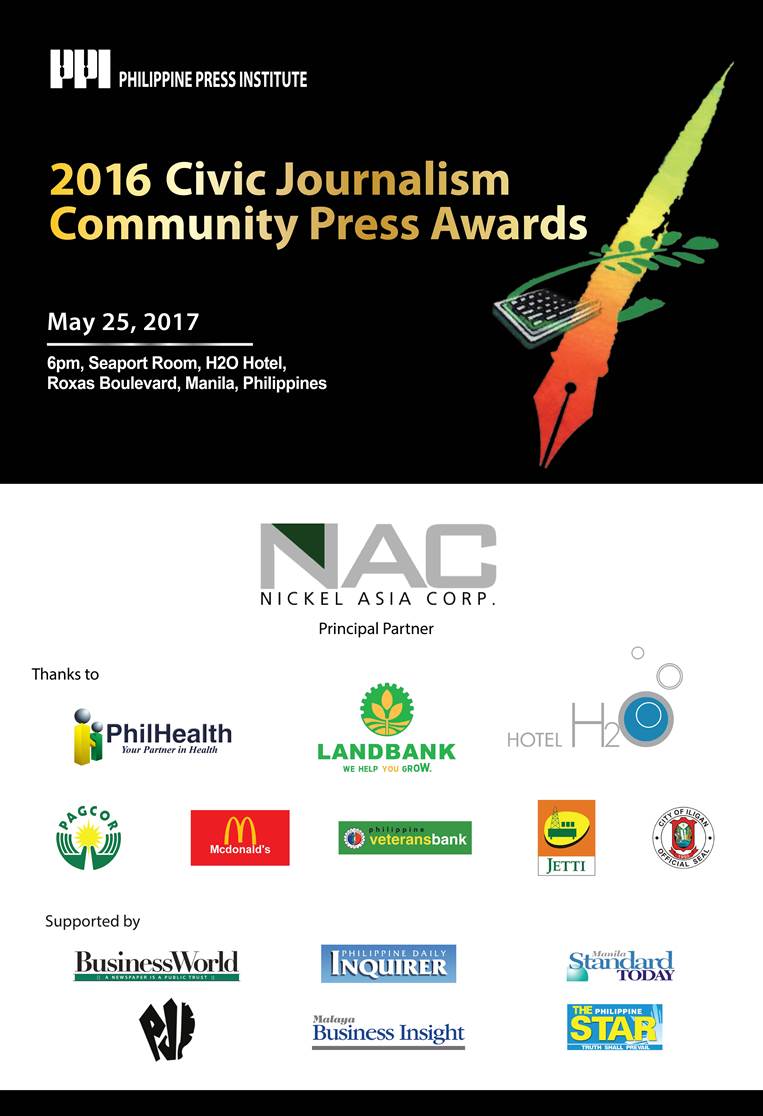 “Today, at 50, ASEAN’s decades-long existence should prompt some earnest reflection on several fronts. How far has it gone in achieving its goals? How much of its multi-pronged vision for the 625 million-strong regional bloc is now undeniably a reality?” says PPI in its concept note explaining the rationale behind this year’s theme.

“ASEAN is not just about the much-ballyhooed, high-profile summits and similar events regularly attended by its leaders and other high-ranking officials.”

“Perhaps it is time Southeast Asia’s national and regional media, including community newspapers, took stock of the state of their coverage of the regional bloc … shining a spotlight where it’s most needed, long after the latest ASEAN summit has been concluded or regional agreement signed —and long after the visual spectacles that often mark high-level regional meetings have vanished from view.”

Former Ambassador Rosario G. Manalo, who has served as the Philippine Representative to the ASEAN Intergovernmental Commission on Human Rights (AICHR) and was Special Envoy of former President Fidel V. Ramos for the negotiations of the ASEAN Charter, will be the keynote speaker.

A highly accomplished and experienced diplomat, Manalo has been the country’s ambassador to various countries, including Belgium, France, and Sweden. In June 2016, Manalo won a seat in the United Nations Committee on the Elimination of Discrimination Against Women (CEDAW), which monitors the implementation of CEDAW by member-states.

A journalist from Myanmar will also grace PPI’s commemorative occasion as a guest speaker. Saw Yan Naing is a senior reporter at the Thailand-based The Irrawaddy, which focuses on Myanmar. Saw, who belongs to the ethnic Karen minority, writes about human rights and other political and social issues, including ethnic conflicts, in Myanmar. He is a recipient of regional and international fellowships, including the Southeast Asian Press Alliance Journalism Fellowship, Alfred Friendly Press Fellowship, and East-West Center Jefferson Fellowship. He has been honored with a Certificate of Recognition for Courageous Journalism by the U.S.-based non-profit organization Power Mentor, which helps young people develop their leadership skills.

The much anticipated PPI forum will kick off on May 24 with a general assembly and meeting of PPI member-newspapers.

The awards program is being managed by the Asian Institute of Journalism and Communication (AIJC) and supported by Nickel Asia Corporation (NAC), PPI’s principal partner in its civic journalism programs.