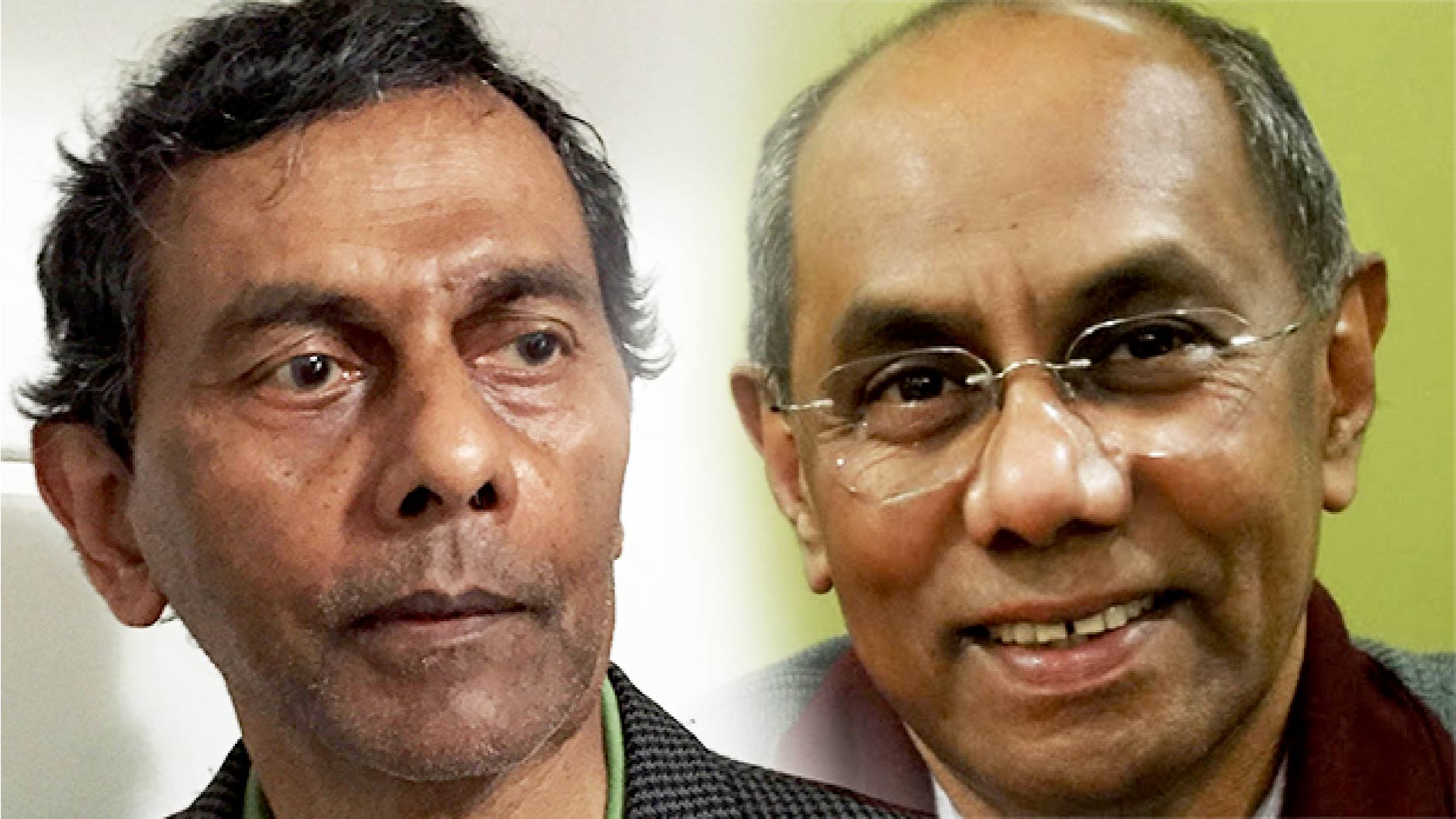 Two Asian communication icons—a theorist and a practitioner—will be given one of the highest honors in the field of communication in Asia by the Asian Media Information and Communication Centre (AMIC) on Sept. 27 at Miriam College, Quezon City.

Shelton Dhavalasri Gunaratne, a former Sri Lankan journalist who is now professor emeritus of Minnesota State University Moorhead (MSUM), will receive the AMIC Asia Communication Award for 2016 in recognition of his “ground-breaking scholarship and intellectual contribution to Asian media and communication research.”

Wijayananda Jayaweera, a Sri Lankan broadcaster who spent a lifetime developing broadcasting in Asia up to the end of his distinguished career as UNESCO Director of Communication and the International Programme for the Development of Communication (IPDC), will be given the AMIC Asia Communication Award for 2017 in the field of institution Jayaweera

The awards will be handed out at the 25th AMIC Annual International Conference Sept. 27-29 at Miriam College, Quezon City. Over 400 foreign and local communication scholars, educators, researchers, practitioners and students have registered for the conference.

Some “legends” and experts in communication and journalism education in Asia Pacific have confirmed their participation. Among them are John Lent, Shelton Gunaratne, Ronny Adhikarya, Ang Peng Hwa, Cherian George, Arun Mahizhnan, and Peixin Cao. They will be joined by Filipino communication scholars including AMIC Chairperson Crispin C. Maslog and Florangel Rosario-Braid.

Shelton Gunaratne started his distinguished career as a journalist in Sri Lanka and went on to conquer new journalistic worlds in Malaysia, Australia and the United States. Go West, young man, he was told. He did, like many other Asian communication scholars of his generation, and eventually became the first Sri Lankan to receive a doctorate in mass communication from the United States in 1972.

He did come back to his roots briefly, to conduct pioneering research for his doctoral dissertation at the University of Minnesota, by studying the role of communication in rural development in Sri Lanka. The results were published by AMIC as one of its first research monographs in 1976.

He then switched to academe as a journalism educator for the next decade in Malaysia and then Australia. From there he went to the United States to teach at the Minnesota State University Moorhead (MSUM) from where he retired as professor emeritus in 2007. All throughout his teaching career in the West, he continued his love affair with Asian journalism and communication.

After 2000, Gunaratne focused his academic energies on globalizing communication/journalism studies with his attempt to merge Eastern philosophies—particularly Buddhist and Daoist phenomenology–in his seminal book, TheDao of the Press, published in 2005.

Gunaratne argues in this book that the classic Four Theories of the Press, articulated by Fred Siebert, Theodore Peterson and Wilbur Schramm since 1956, and which had become standard textbook in communication and society courses in Asia as in the rest of the Western world since then, was based on Eurocentric history, theory and practice.

Gunaratne said he wrote the Dao of the Press as an attempt to de-Westernize communication theory. This new book interprets press theory from the perspective of Eastern philosophy—particularly Buddhism, Hinduism, Daoism and Confucianism. Gunaratne proposes “a more humano-centric theoretical framework that reflects the marriage of Eastern ontology with Western epistemology.”

Dr Gunaratne’s development of a humano-centric theory of press freedom presumes a world system that reflects the characteristics of a yin-yang (libertarian-authoritarian) spiral-shaped continuum. Therefore, he argues, communication theory must concede the Daoist notion of diversity within unity (varying degrees of freedom in different countries) because it describes the reality of nature.

In his career of about 50 years in the communication media sector—starting as a production assistant in 1969 at Sri Lanka Broadcasting Corporation up to his distinguished career as UNESCO Director of Communication and the International Programme for the Development of Communication (IPDC)—Wijayananda Jayaweera has either initiated or introduced “revolutionary” programs that are redefining communication policies, standards, and programs.

Jayaweera’s initial major contribution to media development was the establishment in 1984 of Mahaweli Community Radio, a pioneering Asian community radio project. This facilitated the relocation of nearly 60,000 families under one of the most ambitious resettlement projects implemented by the Government of Sri Lanka. Throughout his career, he has played various significant roles in institutionalizing community radio in many other countries including Bhutan, Mongolia, Nepal, the Philippines, Thailand, and Vietnam. These initiatives were under the aegis of UNESCO and the Asia-Pacific Institute of Broadcasting Development (AIBD), among others.

As an institution builder, Jayaweera led the reform process for the Paris-based International Programme for the Development of Communication (IPDC), successfully reinvigorating it with renewed donor confidence as the main multilateral instrument to support the development of free, independent, and pluralistic media in the developing countries.

He was also instrumental in bringing safety of journalists and the issue of impunity to the Intergovernmental Council of the Press in Developing Countries (IPDC), and in making the Council a global oversight body on the issue by obliging UNESCO member-states to report on the judicial follow up of the killing of journalists in their respective territories.

During his tenure as Director, he led the crafting and introduction of Media Development Indicators, now regarded as the only set of internationally approved indicators to determine media development needs. It was also under his directorship that UNESCO set the standards for journalism education with UNESCO’s Model Journalism Curricula and criteria for instructional excellence applicable to media training institutions.

Among his other significant initiatives is Media and Information Literacy (MIL), now a major pillar of UNESCO Media Development Programmes. In this age of post-truth, hate speech, and fake news, MIL has evolved as a potent tool in empowering media users to be discerning media consumers and responsible and ethical content producers.

AMIC also acknowledges the strong partnership forged between AMIC and UNESCO during his incumbency as Regional Communication Adviser for Asia and, later, as Director of the UNESCO Communication Development Division and IPDC.

After his retirement from UNESCO in 2011, Jayaweera has remained passionate and active in promoting an enabling environment for free, independent, and pluralistic media in the Asia-Pacific and throughout the world as adviser in several communication programmes and projects.

Statement on National Day of Protest 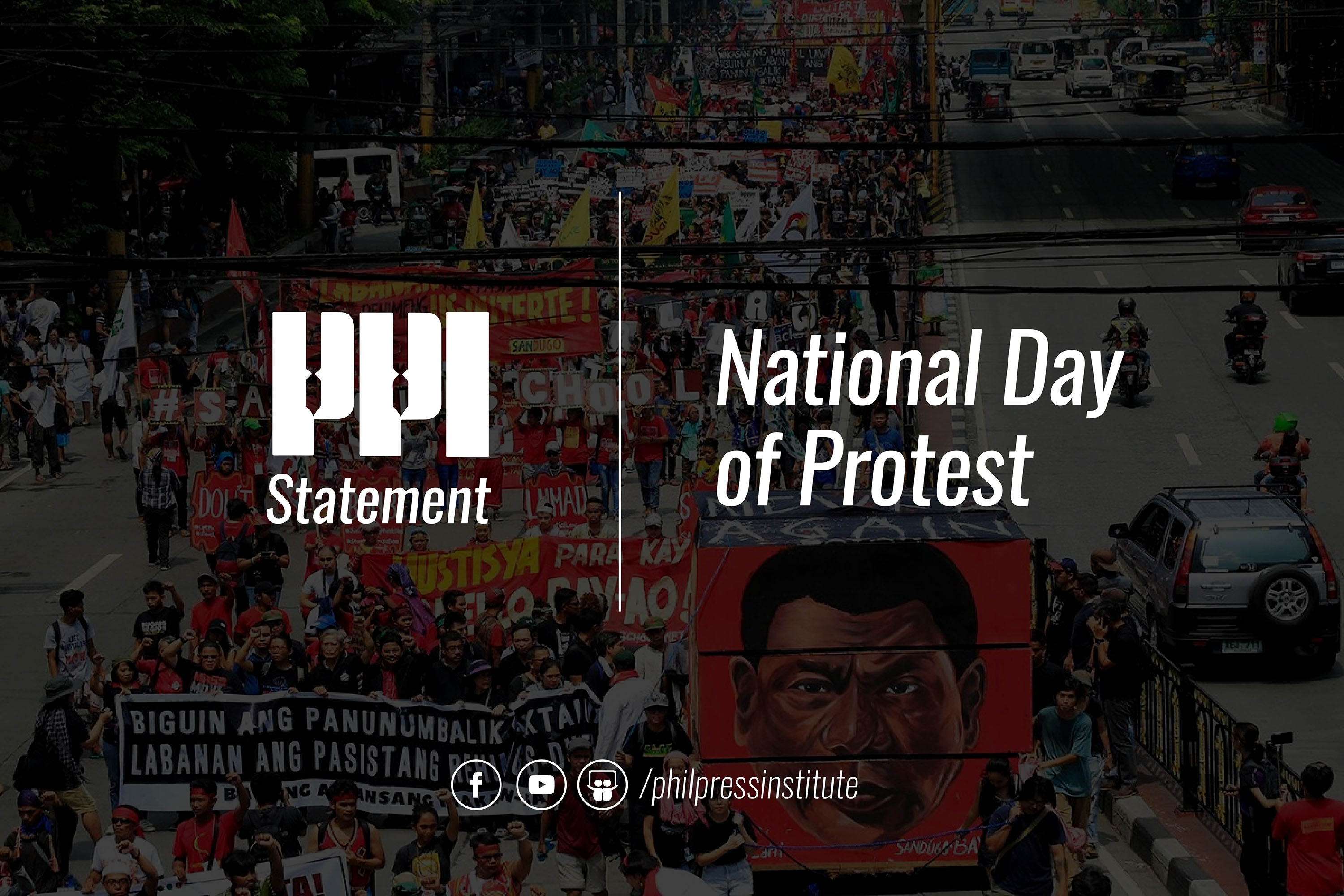 Today, as declared National Day of Protest, is a grim reminder of the horrors of Martial Law.

Those harrowing years of abuses and violence inflicted on civilians, activists, and media would go down in history as one of our nation's worst periods.

How these have shaped our quest for democracy and freedom - and their restoration - are narratives worth telling and re-telling today and for generations to come.

While #NeverAgain is a mantra and a verbal protest through the years, we enjoin the public in keeping our democratic instutions in check by speaking to power if and when necessary and calling out abuses.